After jettisoning a career as a marine engineer working for a merchant shipping company based in Leith, nr. Edinburgh, Scotland, I gained my undergraduate degree in Communications Studies at what was then the Polytechnic of Central London and is now the University of Westminster, London, England, and my Masters degree in philosophy and aesthetics here in Toronto at the Institute for Christian Studies.

The twenty-two year gap between these two periods of study were spent earning my living first as a newsfilm archivist, then as a freelance archive researcher on (mostly) historical films, and learning how to make photographs and write poems.

My media work has been seen in some thirty or so documentaries for the British Broadcasting Corporation, ITV and Channel Four in the UK, Canal Plus in France, PBS, the Discovery Channel and the National Geographic Channel in the USA, History TV, Films of Canada and the CBC in Canada.

Photography has always been a sub voce part of the travels associated with my film work. The recent 'Contact' exhibition was my fifth one-man show. 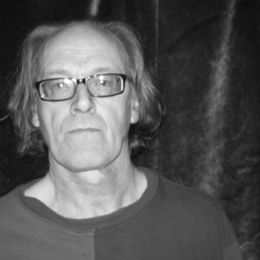