Jeffrey Overstreet has too many jobs. He's the author of The Auralia Thread, a four-book fantasy series including Auralia's Colors, Cyndere's Midnight, Raven's Ladder, and The Ale Boy's Feast, published by WaterBrook Press.

His memoir of "dangerous moviegoing"—Through a Screen Darkly

—has become a popular textbook on movies, faith, and culture. He also blogs at LookingCloser.org, and shares thoughts and news on art and faith on Twitter (jeff_overstreet) and Facebook. And he contributes two movie reviews a month at ImageJournal.org. He frequently speaks at universities on film, fantasy, storytelling, and faith.

But that's all "spare time." By day, he's the contributing editor for Seattle Pacific University's Response magazine. He and Anne, a poet, live in Shoreline, Washington. 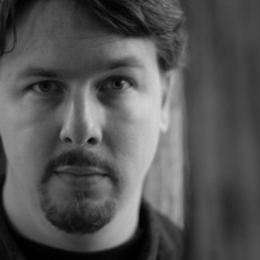