James R. Payton, Jr., is Professor of History at Redeemer University College (Ancaster, Ontario). He and his wife Sharon have four children, six grandchildren—and three Bengal cats! Jim began his scholarly career in late medieval/Reformation-era studies, but his interests have increasingly moved eastward, to the history of Eastern Europe and of Orthodoxy. He has taught at McMaster Divinity College (Hamilton, Ontario); at Evangelical Theological Seminary (Osijek, Croatia); and at Matthias Flacius Illyricus Faculty of Theology (Zagreb, Croatia). He has lectured in the liberal arts program at Crimean Medical University (Simferopol, Crimea, Ukraine); at St. Clement of Ohrid Orthodox Theological Seminary (Skopje, Macedonia); and has delivered the "Annual Lectures in Christian Thought" for the Department of Religious Studies in the University of Calgary.

Jim has served as a member of the Advisory Board for Journal for the Study of Religions and Ideologies (produced through Babes-Bolyai University, Cluj, Romania); as president of CAREE (Christians Associated for Relationships with Eastern Europe); and as Christian Co-Chair of the National Muslim/Christian Liaison Committee in Canada. Jim remains involved with the Reformation era: he was appointed the Calvin Lecturer for 2009 by ARIHE (the Association of Reformed Institutions of Higher Education), for celebrations of the 500th anniversary of the Reformer's birth.

Jim is the author of Light from the Christian East: An Introduction to the Orthodox Tradition (IVP Academic, 2007), Getting the Reformation Wrong: Correcting Some Misunderstandings (IVP Academic, 2010), Irenaeus on the Christian Faith: A Condensation of "Against Heresies" (Pickwick Publications, 2011), and A Patristic Treasury: Readings from the Church Fathers (Conciliar Press, 2013 [forthcoming]). 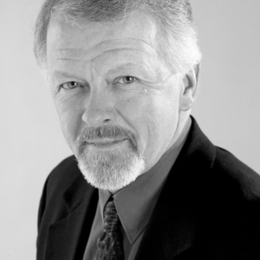