Katelyn Beaty is an acquisitions editor with Brazos Press, a division of Baker Books. For nearly ten years she served as an editor at Christianity Today, where for four years she served as the magazine's youngest and first female managing editor. A native of Dayton, Ohio, and graduate of Calvin College, she is the author of A Woman's Place: A Christian Vision for Your Calling in the Office, the Home and the World (Howard Books, 2016) and has written for the Atlantic, The New Yorker, The New York Times, Religion News Service, and Religion & Politics. She lives in Brooklyn. Learn more at KatelynBeaty.com
Bio last modified October 11th, 2019. 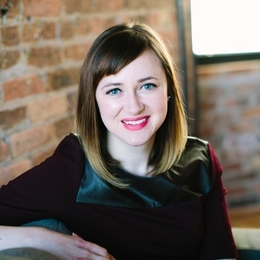