Lauren F. Winner is the author of numerous books, including Girl Meets God and Mudhouse Sabbath. Her study A Cheerful & Comfortable Faith: Anglican Religious Practice in the Elite Households of Eighteenth-Century Virginia was published in the fall of 2010 from Yale University Press. She has appeared on PBS's Religion & Ethics Newsweekly and has written for The New York Times Book Review, The Washington Post Book World, Publishers Weekly, Books and Culture, and Christianity Today. Winner has degrees from Duke, Columbia, and Cambridge universities, and holds a Ph.D. in history. The former book editor for Beliefnet, Lauren teaches at Duke Divinity School, and lives in Durham, North Carolina. Lauren travels extensively to lecture and teach. During the academic year of 2007-2008, she was a visiting fellow at the Center for the Study of Religion at Princeton University, and during the academic year of 2010-2011, she was a visiting fellow at the Institute of Sacred Music at Yale University. When she's home, you can usually find her curled up, on her couch or screen porch, with a good novel. 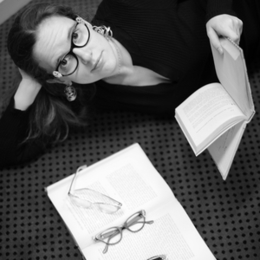