Mardi Keyes graduated from Wellesley College with a degree in Biblical History in 1968. Shortly after, she married Dick Keyes, who was studying at Westminster Theological Seminary. While Dick completed his degree, Mardi worked as the first paid employee of FOCUS, a ministry to private school students.

In 1970, they moved to Europe to work with L'Abri Fellowship in Switzerland and England. While living in London, Dick was pastor of a church, which met in their home. In 1979, the Keyes and another family moved to Southborough, Massachusetts, to open the first residential branch of L'Abri in the United States.

L'Abri is a residential Christian study center/community, welcoming a wide diversity of students and guests ranging in age from 18 to about 70 and including Christians and non-Christians. L'Abri encourages an atmosphere of open enquiry and discussion about virtually anything of concern to our students/guests. Among other things, Mardi's work includes hospitality, tutoring students, and lecturing. She speaks at L'Abri and at conferences, colleges, and universities in and outside the United States.

Mardi has published a number of articles, and a booklet entitled Feminism & the Bible. She also contributed a chapter to the book, Women and the Future of the Family. In her speaking and writing, Mardi tries to relate the Bible to social history and contemporary life and culture. Mardi and Dick are the parents of three married sons, and grandparents of six. 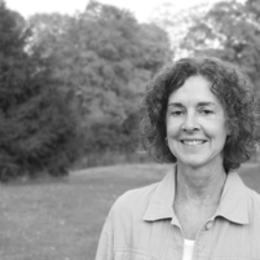