Marianne Lettieri creates narrative constructions in quiet protest of a culture that rushes and clashes so much, the enchantment of everyday life is often missed. She transforms the detritus and castoffs of modern society into meaningful imagery as a kind of hope for reconciliation with creation and the Creator.

She grew up on Cape Canaveral, Florida during the space race between the USA and USSR where visual juxtapositions, such as egrets flying at the rumble of a rocket launch, gave her a lasting appreciation for images that are both familiar and strange.

After earning a BFA in drawing and printmaking at University of Florida, she worked as a commercial artist and modern dancer, eventually moving to the "Silicon Valley" of California to pursue a career in public relations and marketing for the high technology industry. She has a juried residency at Cubberley Artist Studios in Palo Alto, California, and is working on a MFA in spatial arts at San Jose State University. Marianne is the founder of Arts of the Covenant, a group for visual artists interested in the intersection of art and faith.

To see more of her work, visit www.mariannelettieri.com. 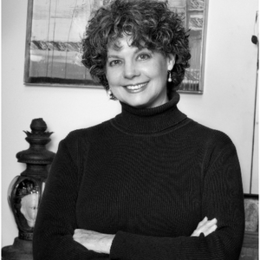