Dr. Michael R. Stevens has been teaching in the Humanities Division at Cornerstone University since 1997, and before that he worked in Student Life at Grove City College for a few years. Prior to that he did his Ph.D. work in Literature at the University of Dallas in Irving, TX, where he—as a native of Upstate New York and a lifelong Buffalo Bills fan—was forced to witness the Bills losing two Super Bowls in a row to the Cowboys.

He's been married to Linda since 1992, and they have three children: Ethan (11), Julia (8), and Gabriel (6), whom they homeschool at the Apple Tree Quarter Acre Academy (or whatever nomenclature is current with the kids). He loves reading and writing about baseball and about the Civil War, and he owns and sometimes dons a Union blue uniform for presentations. He recently revived his football career after a 20+ year hiatus, enjoying the middle-aged thrill of playing for the intramural flag football championship team, from which his ankles and knees have yet to recover. 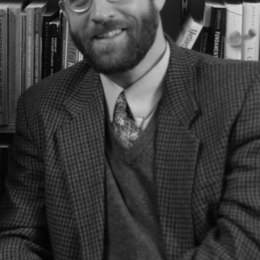