Rev. Ron Choong is founder and director of the Academy for Christian Thought in New York City, an educational and research charity trust dedicated to the study of the bible and its engagement with every cultural sphere of influence?starting with commerce, academia, media, politics and sports.

He lives a three-minute walk from Ground Zero in Manhattan. He loves to play ping-pong on his project table when not working on a research project. And he loves watching Foodie shows and counting the number of TV chefs who can eat durian with a straight face.

Ron read English law, the natural sciences, international relations, the humanities & theology in Great Britain & the United States. He received his law degree (LLB Hons) from the University of London in the same year that he graduated from the British Open University with a BA in science and economics. After serving chambers in international law at Lincoln's Inn and Middle Temple in London in Admiralty & Commercial Law, he left for New York City to begin ministerial service as an apologist/evangelist with International Students, Inc.

In 1996, he attended Princeton Theological Seminary. Ron was ordained into the Presbyterian Church in America in 1999 when he graduated with an MDiv in 1999. This was followed by a ThM (History & Philosophy of Science) in 2000. That year, he simultaneously began study for an STM (World Religions & Medieval Philosophy) at Yale University as well as for a PhD at Princeton Theological Seminary under the direction of J. Wentzel van Huyssteen. He completed the STM in 2004 and expects to defend the dissertation in Dec. 2007.

Ron founded ACT in 2003. He also conducts a summer preaching and teaching ministry in Europe, Asia, and Africa. Ron's research interests include the emergence of intelligence and evolution of moral cognition as well as the neurotheology of human consciousness. He was selected to participate in the CTNS-STARS Conference (Evolution, ET, & the Significance of Life in the Universe) sponsored by the Templeton Foundation in January 2007 and has delivered papers at the Metanexus Institute of Science and Religion Conferences in 2006 and 2007 at the University of Pennsylvania on topics related to neuroscience and theology. 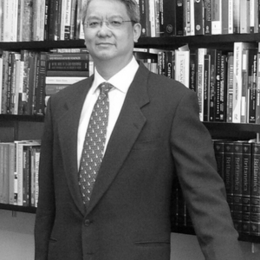