Ron Kelsey, Sgt., Military Liaison for the Arts, joined the U.S. Army Reserve in 1999 and continued to study art and religion at Wabash College. After transferring to active duty in 2006, Ron studied at Liberty University to become a military chaplain. His artwork has been shown in Canada and throughout the United States.

Ron received a nonprofit military commission in 2009 for a lithograph to benefit thirty soldiers coming home from Iraq and became International Arts Movement's Military Liaison for the Arts. After returning from Iraq in May of 2009, Ron organized IAM's first military art exhibit, called Reflections of Generosity, at Fort Drum, New York, later published in book form.

Ron is currently working on a nonprofit military artwork commission to support soldiers of Illesheim, who will return from Iraq in September of 2010. The themes of this new exhibition will explore The Art of War and Peace. Reflections of Generosity features artwork by artists from around the world, including Makoto Fujimura, Jay Walker, Charles A. Westfall, Sandra Ceas, Alison Stigora, Gerda Liebmann, Joyce Y. Lee, and others. Ron presented and released Reflections of Generosity at International Arts Movements Encounter 10 in New York City, March 4-6, 2010. 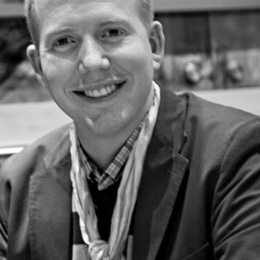