Sarah Hall is a Canadian glass artist. She grew up in Dundas, Ontario, and after a year in Applied Arts at Sheridan College, enrolled in the Architectural Glass Department at Swansea College of Art, Wales, UK. Following her Diploma in Architectural Glass from the City & Guilds of London Institute, Sarah assisted Lawrence Lee ARCA, Master of the Glass Department, Royal College of Art in London. Sarah's studies were completed with a year in Jerusalem researching Middle Eastern techniques in glass.

In 1980, Sarah returned to Toronto and established her own stained glass studio. Her contribution to the built environment was honored in 1997 by the Ontario Association of Architects' "Allied Arts Award." The American Institute of Architects has awarded Sarah two "Honor Awards" for her challenging and creative installations within contemporary architecture. She was elected in 2002 into membership of the Royal Canadian Academy of Art and in 2003 she received a national award for "Leading Women: Christian Arts & Culture" in recognition of her leadership in visual arts.

In 2004, Sarah received a Chalmers Arts Fellowship to research and integrate photovoltaic technology (solar energy collection cells) into her art glass installations. This unique fusion of art and technology is the first of its' kind in North America.

Sarah's first book, The Color of Light, was published by LTP Chicago in 1999 and is the first book of its kind for the field of stained glass. In addition, Sarah and co-author Jeffrey Kraegel have published 35 articles in Glass Art Magazine on the art, history and techniques of architectural glass. "Windows on Our Souls" (with co-author Bob Shantz) was published by Novalis and launched at the University of Toronto's Multi-Faith Centre in 2007.

Past projects include almost 1000 windows and some of the largest installations in North America—the 3,000-square-foot window wall at St. Andrew Church, Columbus, Ohio; the World Youth Day Head Quarters Chapel in KÃ¶ln, Germany; the main foyer window at the Embassy of Kuwait, the Northern Light project at the Solar Decathlon in Washington, DC. and Regent College's photovoltaic wind tower at UBC, Vancouver. Current projects include windows for Church of Divine Providence in Warsaw, Poland and solar energy windows for Grass Valley Elementary School in Portland, Oregon and the Museum of Science and Industry in Chicago. 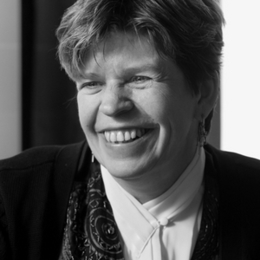