Stephanie Hruzek is the executive director for FamilyPoint Resources. In the fall of 2009, she began volunteering at FamilyPoint after returning to Houston, Texas, from Sendai, Japan, where she taught ESL with the JET program and at Starry, a private conversation school. While in Japan she learned Japanese, travelled throughout Asia, and began to develop a pedagogy of play that influenced her previous role of education director at FamilyPoint. From 2010 to 2012 she instructed creative writing part time with WITS Houston. She has a bachelor of architecture from the University of Texas and a master's in theological studies, summa cum laude, from Houston Graduate School of Theology.
Bio last modified December 23rd, 2020. 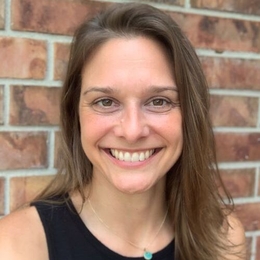