Dr. Timothy J. Keller was raised in the Lehigh Valley of Pennsylvania and is a graduate of Bucknell University (B.A., 1972), Gordon-Conwell Theological Seminary (M.Div., 1975), and Westminster Theological Seminary, where he received his Doctor of Ministry in 1981. He became a Christian while at Bucknell University, due in large part to the ministry of InterVarsity Christian Fellowship, with which he later served as a staff member. He was ordained by the Presbyterian Church in America (PCA) and served as a pastor in Virginia for nine years, while also serving as Mid-Atlantic Presbytery's director of church planting for the PCA. He was an associate professor of preaching on the faculty of Westminster Theological Seminary in Philadelphia, Pennsylvania, from 1984-1989, while also serving as the director of the Doctor of Ministry program.

Tim was the founding pastor Redeemer Presbyterian Church in New York City. Tim and his wife Kathy, along with their three sons, moved to New York City to plant Redeemer in 1989. For over twenty-five years Tim led a diverse congregation of young professionals that grew to a weekly worshiping community of over 6,000 people, meeting at eight services in three different congregations in Manhattan. In May 2017, those three congregations became independent churches, and Tim transitioned out of his senior pastor role to focus on ministry more broadly in New York City and other global cities.

Tim is the founder and chairman of City to City, which has helped start over 380 churches in 54 global cities. He is the author of such New York Times bestselling books as The Reason for God, The Prodigal God, and The Meaning of Marriage. Christianity Today has said, “Fifty years from now, if evangelical Christians are widely known for their love of cities, their commitment to mercy and justice, and their love of their neighbors, Tim Keller will be remembered as a pioneer of the new urban Christians.” 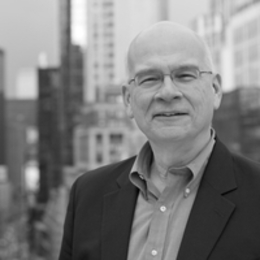