Tanya Marie Luhrmann is an anthropologist in the Stanford Anthropology Department. She's written four books. In general, her work focuses on the way that objects without material presence come to seem real to people, and the way that ideas about the mind affect mental experience. These days she is comparing the way people experience God (on the one hand) and auditory psychotic voices (on the other) in San Mateo, Accra and Chennai, and has ambitions of comparing odd experience around the world. To be very clear: hearing God is very different from hearing a psychotic voice. But both require discernment. I'm interested in what we can know (as social scientists) about how people learn to discern.

Her most recent book, When God Talks Back, was named a NYT Notable Book of the Year and a Kirkus Reviews Best Book of the Year. It tied for first place as Religion Newswriters Award for Best Book of the year, won the Division 36 of APA (Psychology of Religion and Spirituality) Bier Award, and was awarded the 2014 Grawemeyer Award for the best book in religion, from the University of Louisville and the Louisville Presbyterian Theological Seminary. 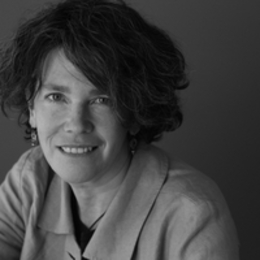