Tyler Wigg-Stevenson is the founding director of the Two Futures Project, a movement of American Christians for the abolition of nuclear weapons that has been recognized by secular and religious media including PBS, Christianity Today and The Washington Post, and which was also named by Relevant Magazine as one of "50 Ideas that Changed Everything." Tyler also chairs the Global Task Force on Nuclear Weapons, an initiative of the World Evangelical Alliance.

Tyler is also a frequent writer on issues of faith and culture and a contributing editor to Sojourners magazine. He is the author of The World is Not Ours to Save: Finding the Freedom to Do Good (InterVarsity), Brand Jesus: Christianity in a Consumerist Age (Seabury), as well as numerous book chapters and articles, which have received awards from the Associated Church Press and the Evangelical Press Association.

An ordained Baptist minister, Tyler holds degrees from Swarthmore College and Yale Divinity School. He and his wife, a theologian, live in Toronto, where he fills his spare time with doctoral studies, service as the associate pastor of an eclectic urban parish, and Muay Thai. 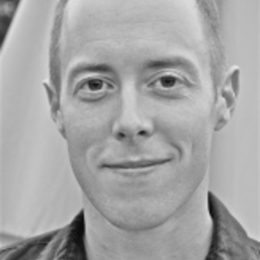