Making the Public Good Case for Private Schools (Past Event) 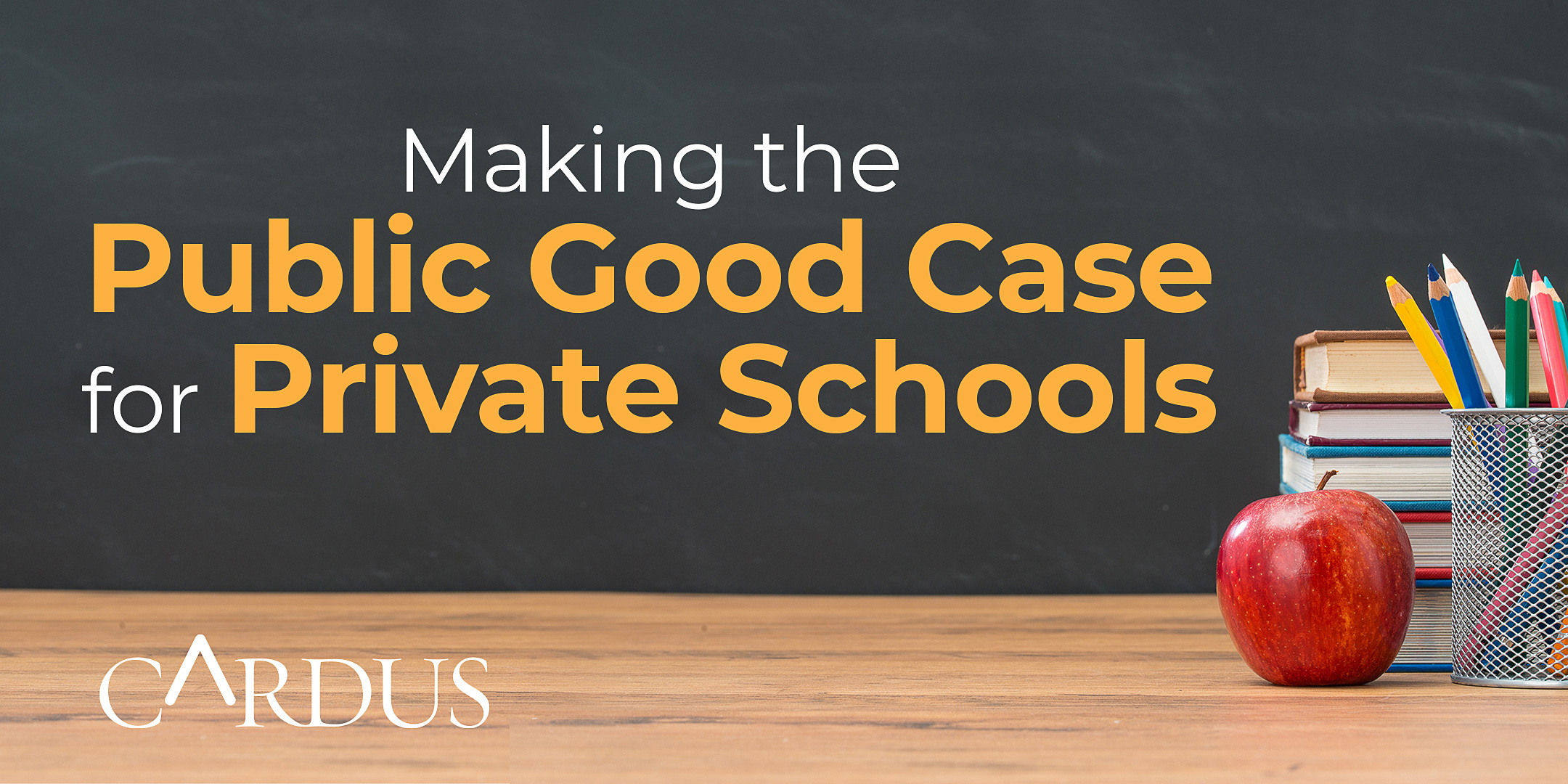 A reception and panel discussion exploring independent schools and their contributions to the public good in the United States.

It has been 10 years since the release of the first Cardus Education Survey. Since then, think tank Cardus has conducted six surveys and released over 30 studies on the outcomes of graduates from government, Protestant, Catholic, and non-religious independent secondary schools in Canada and the United States. Cardus recently began to release the latest round of research on American graduate outcomes, which are being made available online.

Join us for a reception and panel discussion with some of the brightest minds who’ll challenge misconceptions about the independent schools and explore how this school sector has contributed to the public good in the United States.

Hors d’oeuvres & Beverages will be served.