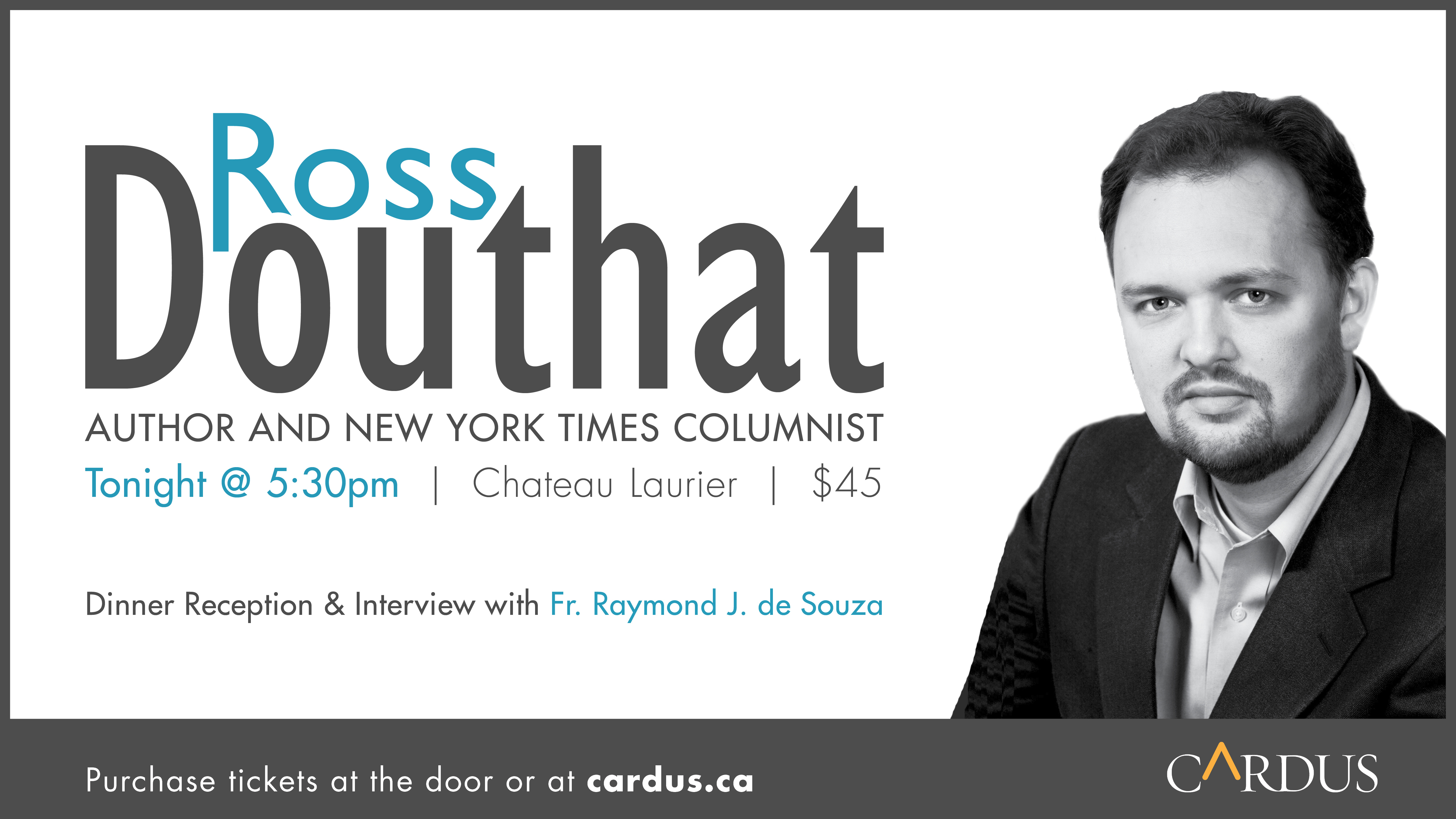 Ross Douthat is the youngest Op-Ed Columnist in the history of The New York Times. Representing a new generation of conservative commentator, Ross enlivens the editorial pages of the Times with his vigorous and penetrating analysis of domestic and international politics and government.

Ross's newest book is titled Bad Religion: How We Became a Nation of Heretics. He brilliantly charts institutional Christianity's decline from a vigorous, mainstream, and bipartisan faith through the culture wars of the 1960s and 1970s to the polarizing debates of the present day.

He is also the author of Privilege: Harvard and the Education of the Ruling Class, a blistering critique of the University as a world of privilege and complacency that first brought him attention as an important new voice to be heeded. With Reihan Salam, he co-authored Grand New Party: How Republicans Can Win the Working Class and Save the American Dream. The book has been widely praised for its thoughtful conservative approach to solving America's social ills and reinvigorating the diminished Republican party in the age of Obama.

Formerly a senior editor and blogger at The Atlantic, Ross has written on topics ranging from higher education to national politics to celebrities' religious conversions. He continues to grow his online influence in a new lively, blog at Times.com called "The Conversation," with Gail Collins, also of the Times.

His writing is credited with helping the foundering conservative movement find a new relevance and new constituencies in 21st century America.

Eloquent, thoughtful, and insightful, Ross shines new light on every topic he explores, whether it be the Iraq War, the abortion question, health care, Sarah Palin, Republicans, Democrats, liberals, conservatives, or American's evolving role in the world.