OTTAWA, ON – Cardus is poised to expand and revitalize its research department with the appointment of Lisa Richmond as Vice President of Research. Lisa comes to Cardus after 16 years at Wheaton College in Illinois where she has been serving as Dean of Library and Archives. 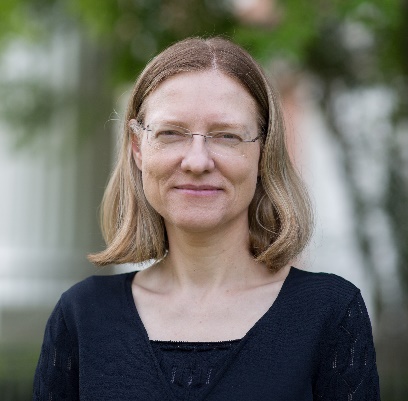 “Lisa is set to take the Cardus research department to the next level,” says Michael Van Pelt, President and CEO of Cardus. “She will join our senior management team, moving us further toward the goal of promoting a flourishing society North America wide. She is Canadian, has worked in the United States, and speaks both English and French, positioning Lisa excellently for growing the reach of our research.”

At Wheaton, Lisa oversees 35 faculty and staff. She is responsible for staffing, programs, facilities, funding, and strategy at three separate libraries with $4 million in annual expenditures, while also planning a major capital campaign.

Lisa has lived in five Canadian provinces and two U.S. states. She holds a Bachelor of Arts degree from the University of Regina, a Master of Library and Information Studies from UBC, and a Master's degree in theology from Regent College. She will soon finish her PhD in French literature from the Université Paul-Valéry Montpellier III, in France.

Lisa and her husband, Jonathan, plan to relocate to Hamilton, ON where she will assume her duties in early September.

“Cardus is unlike any other organization I've encountered,” says Lisa. “It combines depth and thoughtfulness with engaged and accessible research about North American society. It’s more important than ever that we help individuals and families thrive, that we spur our schools, workplaces, and cities to be places where everyone flourishes, and that our laws support the fundamental freedoms that make our common life possible. I am excited to join Cardus and become part of this work.”

With Lisa coming on board, Executive Vice President Ray Pennings will move into his next phase at Cardus as senior public intellectual. Ray will take on a greater role in shaping public debates and advancing Cardus arguments. He will continue overseeing Cardus publications Comment and Convivium, while also driving cultural intelligence efforts, including the Spirited Citizenship project.