New poll numbers suggests Canadians who are practicing a faith are the least uptight about the subject of religion. They’re the most open toward debating it and having a good natured laugh about it. 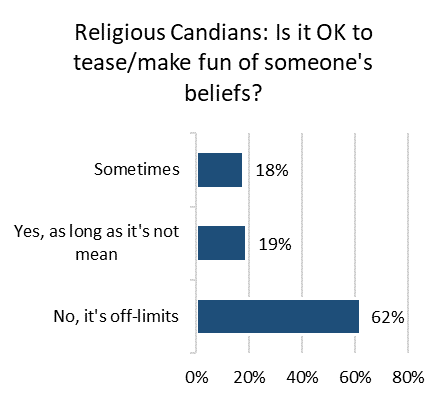 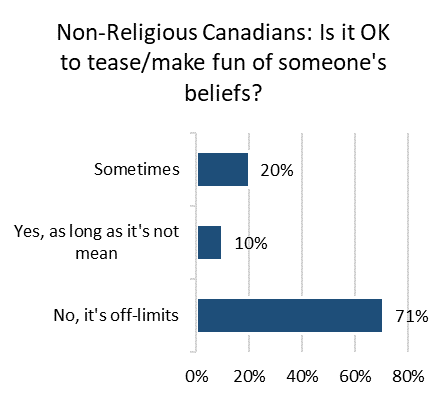 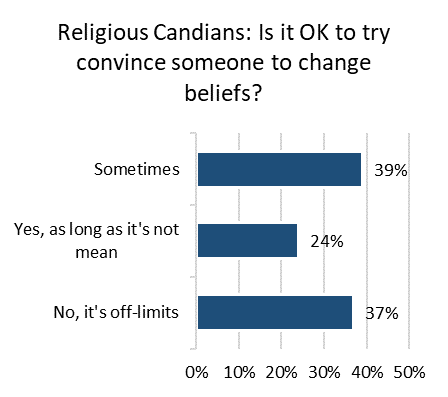 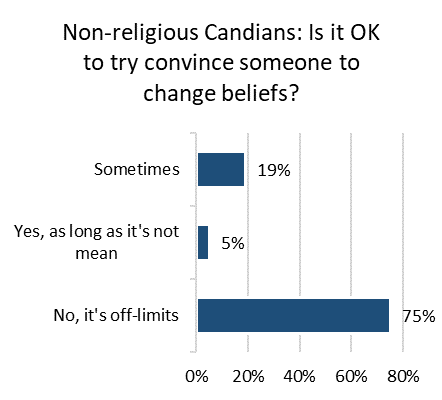 “The more religious you are, the more prepared you are to discuss and debate faith and the more relaxed you are about religious humour,” says Ray Pennings, Executive Vice President of think tank Cardus. “It seems that those who are non-religious often lack the literacy and vocabulary to talk about matters of faith, making them more likely to avoid the subject altogether.”

The same polling, which Cardus collaborated with the Angus Reid Institute to produce, found that religious Canadians were willing to stick their necks out socially on matters of faith.

Almost seven in 10 Canadians who have religious beliefs say they’re always or usually comfortable with expressing their personal beliefs and practices outside their own circle of friends. And 69 percent of them also say they’re comfortable expressing minority-held views on abortion or assisted death.

Pennings suggests the holidays are a great time to step out of one’s comfort zone by broaching the topic of faith and religion.

“Are we willing to talk about religion at the turkey table with friends and family over Christmas?” Ray asks. “If we’re a bit more easygoing about faith and belief, we can have more civil and neighbourly conversations about it – and maybe even smile about it too.”