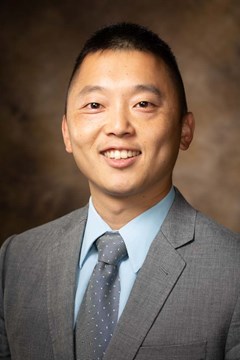 HAMILTON, ON – Cardus is pleased to announce that Dr. Albert Cheng has joined Cardus Education as a senior fellow. Dr. Cheng’s work with Cardus comes as he continues to work as an assistant professor at the Department of Education Reform at the University of Arkansas.

“Dr. Cheng is an accomplished professor with expertise in areas such as education policy and independent schools,” said Ray Pennings, Executive Vice President of Cardus. “His knowledge and interests align very closely to ours, so it’s exciting to have him join our roster of senior fellows.”

“I’m excited to be taking on this new role with Cardus – an organization whose work I know well and for which I have immense respect,” said Dr. Cheng. “The Cardus Education Survey and other Cardus research in education has helped to uncover and document the valuable contributions that independent and faith-based schools make to the common good.”

Dr. Cheng has a PhD in education policy. He teaches courses on the history and philosophy of education as well as education policy analysis at the University of Arkansas. Known for his research on character formation, school choice policy, faith-based schooling, and homeschooling, he serves on the editorial board for the International Journal of Christianity and Education. He is also a research affiliate with Charassein: The Character Assessment Initiative at the University of Arkansas and the Program on Education Policy and Governance at Harvard University.

Dr. Cheng has a master's degree in education from Biola University. He worked as a high school math teacher in the San Francisco Bay Area after completing a mathematics degree from the University of California, Berkeley.