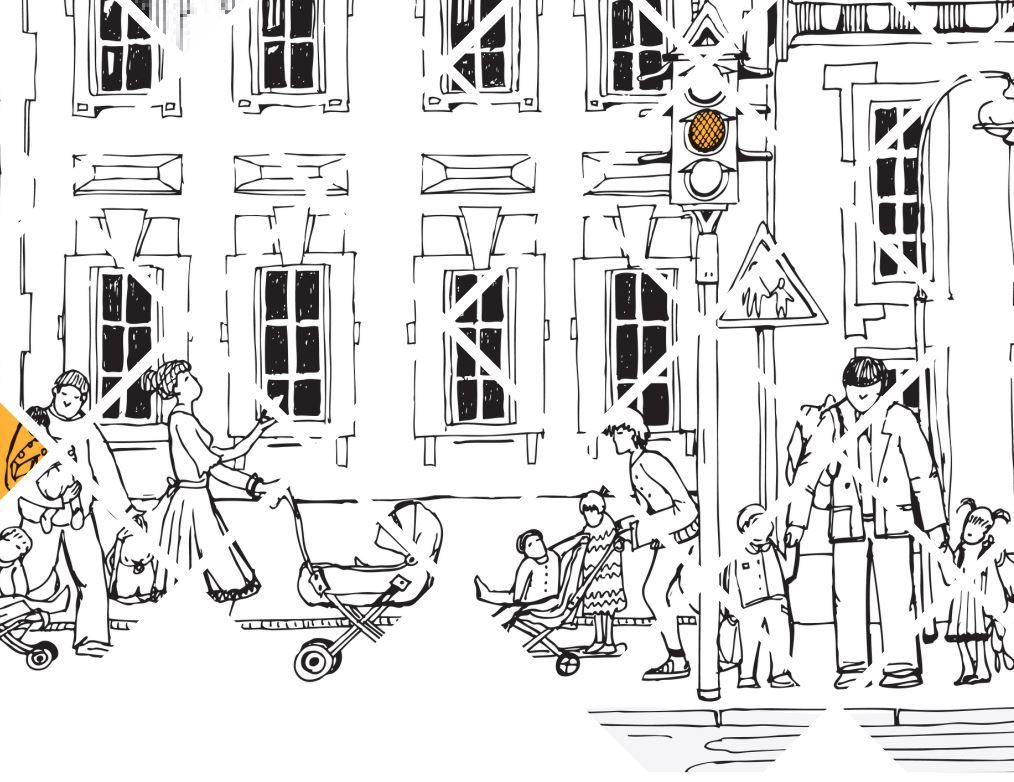 Dr. Mark Milke considers the role of family factors in changing rates of poverty and inequality, for the first time in Canada. The data show that the family form with the highest income level (two parents with children) diminished from 71.6 percent of families in 1976 to just 49.8 percent of families in 2014. Family fracturing appears to correlate with changing inequality levels. If we seek solutions to the problems of inequality and poverty, understanding the family angle matters. 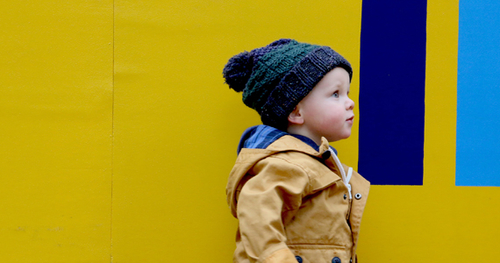 . Today we learn how Canadian academics and lobbyists have long been making precisely the same wrongheaded point. 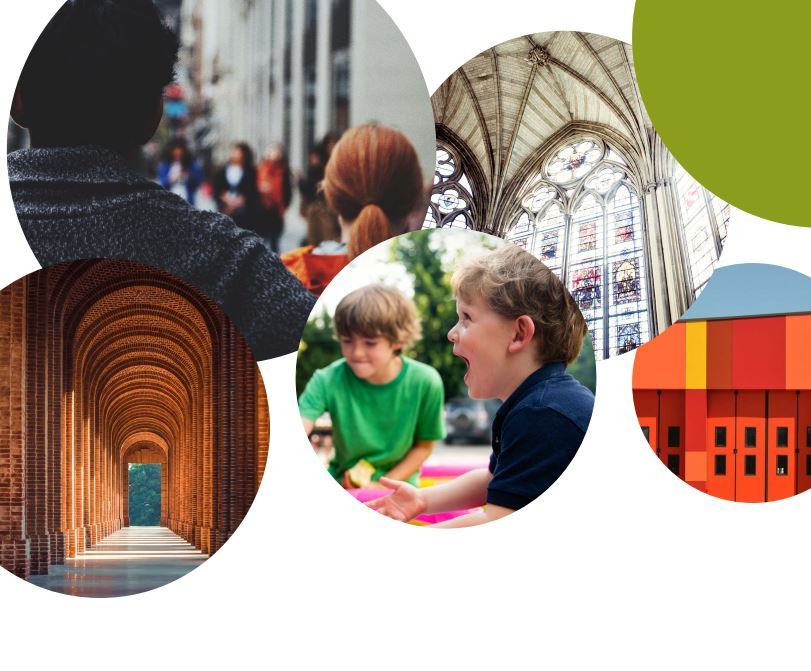 Much academic research and popular media coverage neglects the vital role of religion and religious communities in North American cities. This roundtable report can help stimulate a conversation on how to begin to bridge that gap in your community or sphere of influence. Focusing on the state of research into religion, it is the second report in a three-report series on the social and cultural good of religion in the city. What insights does research provide that could inform people and help shape public relations and policy efforts on behalf of the socio-cultural good of religion? What are the stories that need to be told? What do educators, journalists, and cultural influencers need to know? How could this work be undertaken today?

Cardus was asked by Ontario's Ministry of Government and Consumer Services to offer feedback on proposed changes to various acts pertaining to payday lending and other financial services in Ontario. We were pleased to see that many of the recommendations that Cardus outlined in Banking on the Margins: Finding Ways to Build an Enabling Small Dollar Credit Market have been taken up by the government in its proposed regulations. However, we continue to caution on the unintended consequences of laws and regulations that might unduly affect consumers who most desperately need access to cash.

Lowering the Cost of Borrowing for Payday Loans in Ontario 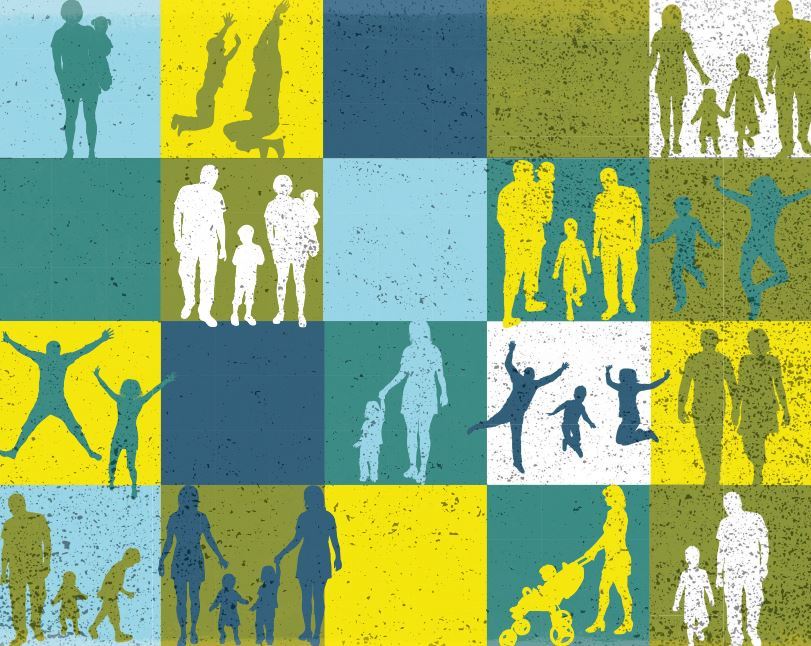 The new 2016 Census family data has been released. This new information will help us understand how marriage, divorce, cohabitation, and many other indicators are faring in our country. Data comparison with years gone by is more difficult this year, given the way in which Statistics Canada is presenting the data. In many instances, the disparate family forms of cohabitation and marriage are lumped together. 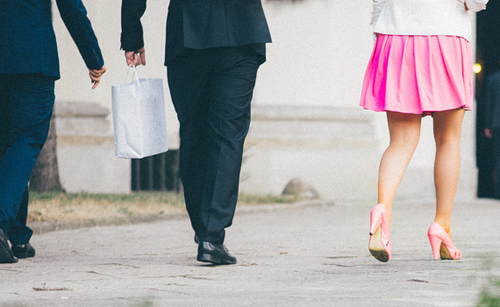 The appeal to "women's equality" is an interesting and convenient device in making their case for a bit of social engineering. 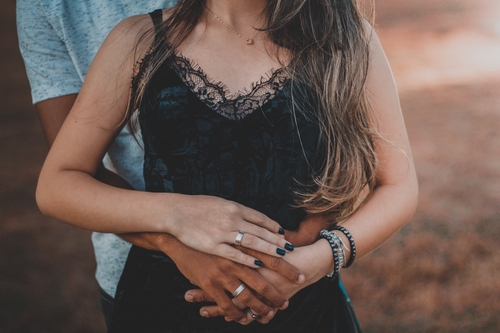 Too much political influence increases the distance between unions and workers at the shop level, causing workers to see the state, not unions, as the primary advocate for the protection of their rights. And this is a disease, maybe even the death knell, for the labour movement. 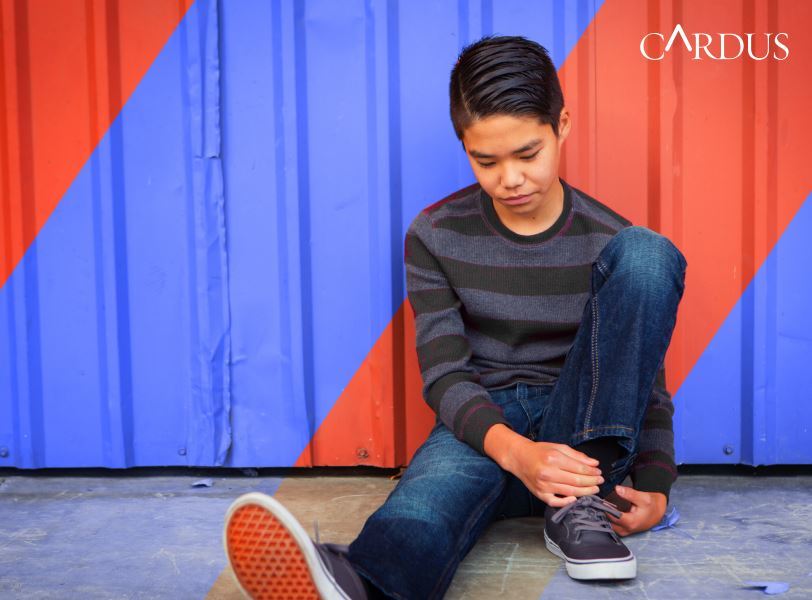 What Should Parents Think About Bill 89?
Andrea Mrozek

A spate of media articles has caused Ontario parents real concern. Here’s what happened and where parents should—and should not—be concerned.

Cardus What Makes A Good City Forum
Andrew Bennett, Andrea Mrozek
As Canadians get set to revel in urban summer life, Cardus considers the question "What makes a good city?" Join us as we examine the complexities that give the city the aura of a living organism. 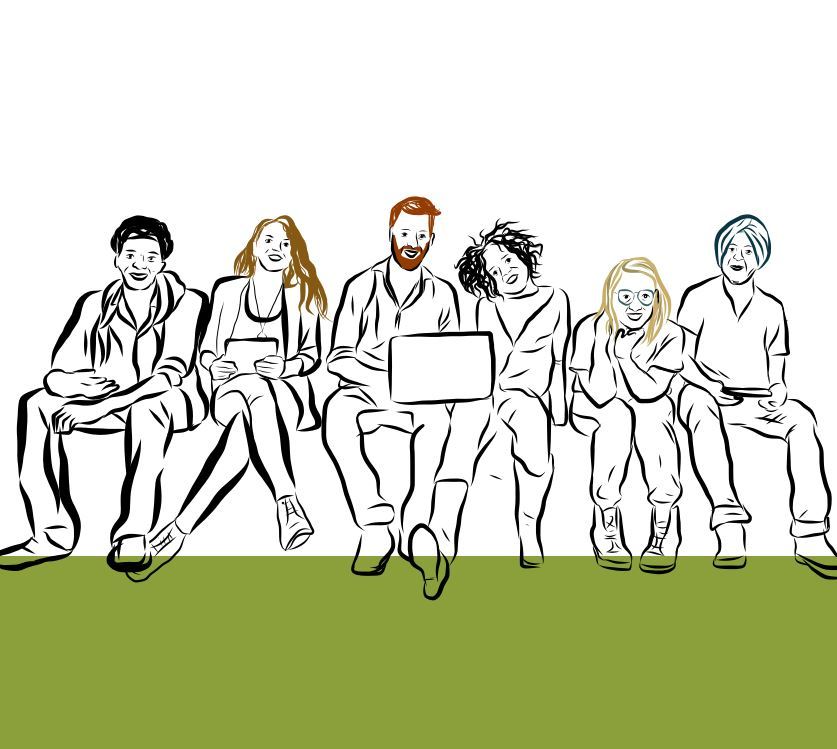 Because of historical, cultural, and governmental differences between Quebec and the rest of Canada, we have considered responses from Quebec high school graduates separately from the primary Cardus Education Survey 2016 report. This research brief reports the findings from Quebec, where it seems that schools may be choosing between an emphasis on faith formation or academic and civic formation. 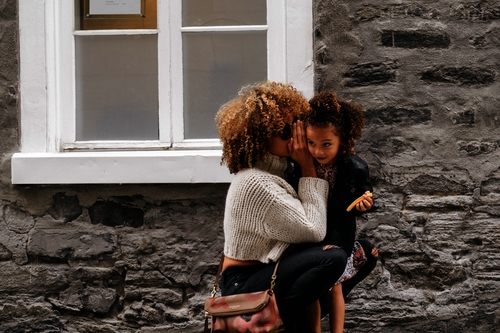 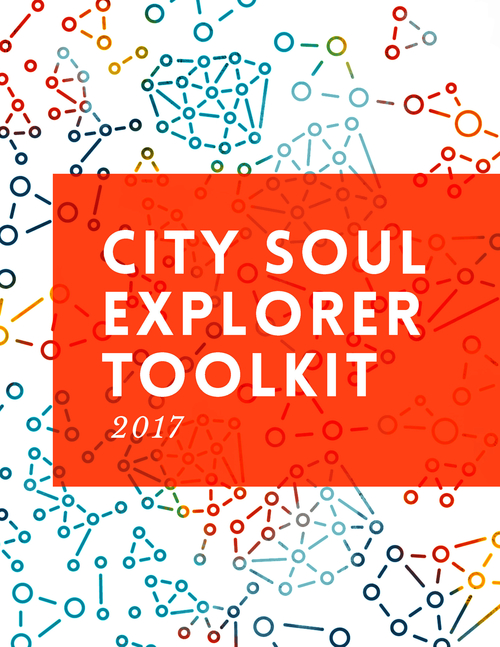 The City Soul Explorer Toolkit offers four modules and practical tools to facilitate communication and closer collaboration between city planning and faith-based organizations. The Toolkit outlines a way in which the often distinct worlds of city planners and administrators and community-serving religious organizations can be bridged and brought closer together to build the social capacity of cities, towns, and neighbourhoods.

Robyn Benson’s charge to her members over the payroll debacle is at the heart of why unions in Canada are in decline. 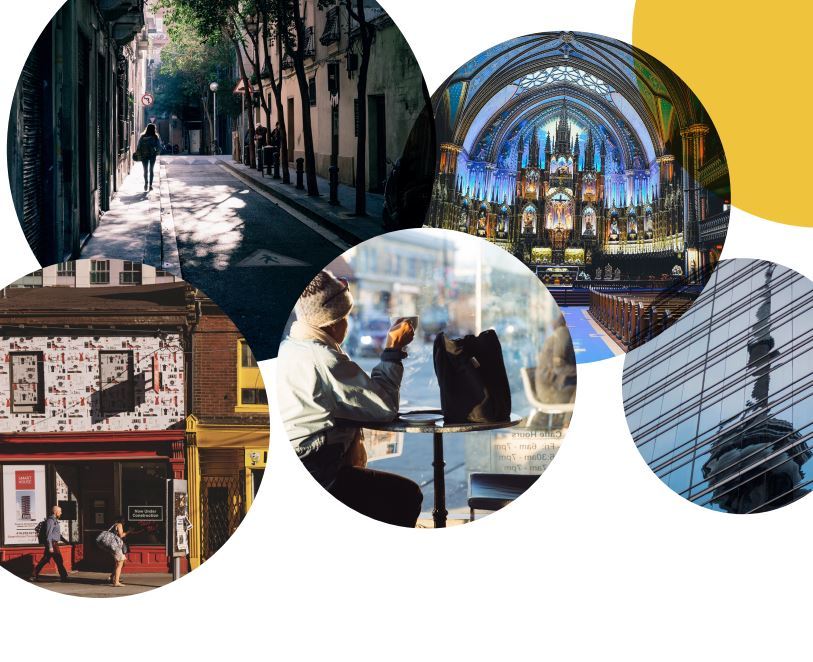 Popular communication and even academic research have tended to think it proper to overlook the contribution of religion to the social and cultural goods of the city even where evidence has suggested that it exists in substance and extent, both historically and at present.

In this, the first of a three-part series, we ask: How are we advancing the understanding of the socio-cultural good of religion—especially Christianity as a dominant faith in North America? How does religion contribute to the well-being of cities? What form do these religious public goods take? What are their shortcomings that would be valuable to address? 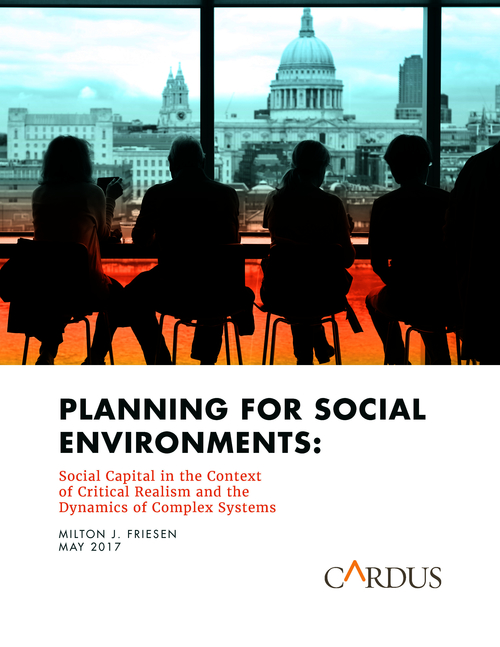 This report is the first chapter of a dissertation project that examines how one might better understand the social infrastructure of our communities. The difficulties of measuring intangible social structures require ongoing experimental projects. Some of these experiments will lead to insight, others will identify dead ends. This current effort builds on existing work and proposes how that work could be applied in new ways.

Measuring phenomena as intricate and difficult as those arising from human interactions at neighbourhood scales requires careful methodological and conceptual framing. A strategy that balances directive progress with permissive exploration is needed. Around and through this open approach to exploration, novel methodologies such as the relationship between social capital and spatial use in urban areas can be considered for their potential to assist urban planners in understanding and evaluating the social impact of past, present, and future plans as a means of increasing the sophistication and effectiveness of urban planning strategies and evaluations. 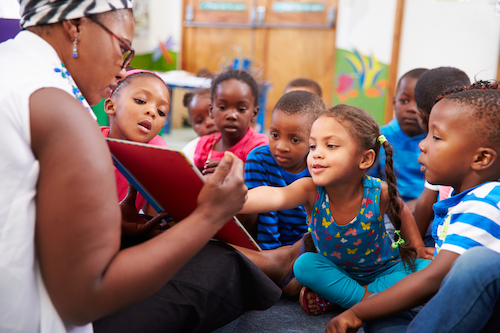 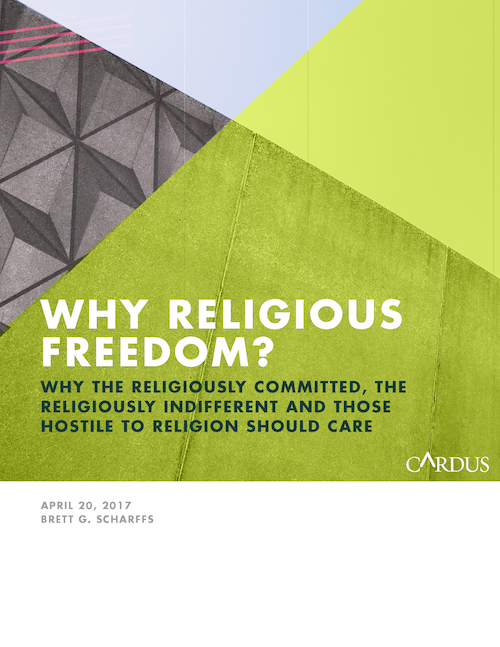 Prof. Scharffs proceeds to examine a number of the crucial debates around freedom of religion and conscience through both an historical prism and by reviewing recent American jurisprudence dealing with this foundational, or as he terms it a "root" freedom. The arguments made by Prof. Scharffs are particularly cogent. Firstly, he articulates why religious freedom is a distinct freedom with deep historical and philosophical roots, distinct from freedom of speech, association, and assembly yet inextricably bound to them and they to it. He cautions against direct or indirect attempts to sever fundamental freedoms from the root of religious freedom—an act which would result in the withering of these related freedoms.

Secondly, in his examination of the role of the State vis-a-vis the guarantee of religious freedom he offers a valuable and timely distinction between what he terms monist and dualist views. Prof. Scharffs cautions against both secular and religious monism in which religious freedom and other freedoms are viewed as gifts of the State to citizens which can likewise be taken back by the State. He advocates for a dualism in which the State acknowledges the core principle that human rights are understood to be born by all human beings and derived from our inherent characteristics of reason and conscience and our ability to have empathy and compassion for our fellows. Prof. Scharffs raises grave concern about what he perceives to be "an erosion of the strong commitment to dualism that underlies not just the human rights worldview but most of Western history." 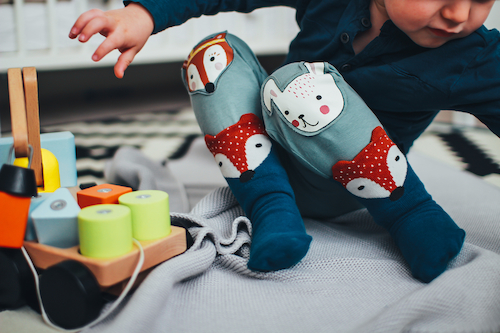 All the Daycare Research That's Fit to Print
Andrea Mrozek

There’s been so much daycare talk in the news since the federal budget was released on March 22, 2017. That said, there’s even more daycare-related news that wasn’t reported.

We warned you, Toronto
Brian Dijkema

Back in 2014, Cardus published a paper on the tendering situation in Toronto and noted that "the structural framework for bidding on major municipal projects in is analogous to those which were present in Quebec that all parties suggest led to the culture of corruption traced in the Charbonneau report."

Lead us Not into Temptation
Brian Dijkema

Over at my other day-job, Comment magazine, I have written a review of Samuel Bowles’ recent book The Moral Economy: Why Good Incentives Are No Substitute for Good Citizens. You can find it here. 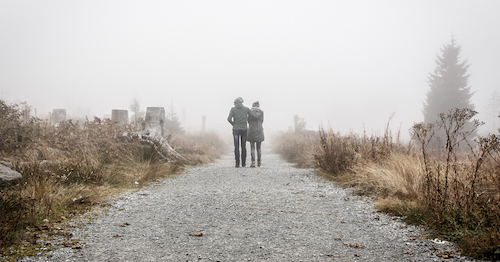 At the Heart of Health
Andrea Mrozek

Building on research released last fall by Cardus Family on the importance of emotional relationships to physical well being, program director Andrea Mrozek sat down with Dr. Sue Johnson to learn about a cutting-edge approach at the Ottawa Heart Institute. Healing Hearts Together is based on data demonstrating that strong family life can play a vital part in helping cardiac patients regain their health. 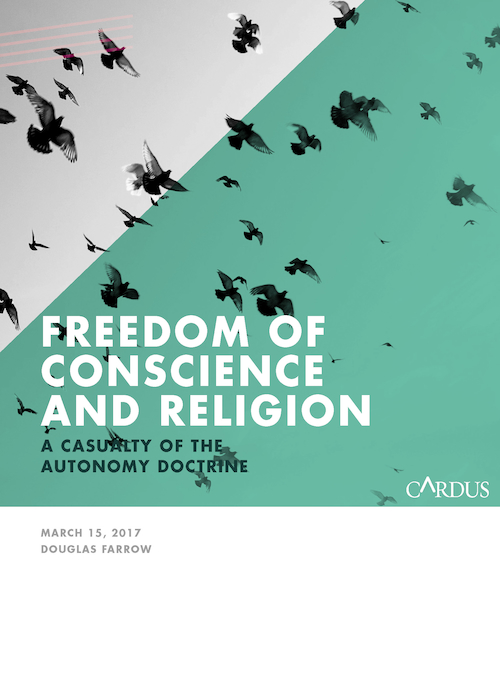 This paper by Professor Douglas Farrow of McGill University is both a timely and forthright contribution to the growing discussion on the impact of the autonomy doctrine on a broad range of concepts, beliefs, and our understanding of truth itself.

The powerful criticism of this doctrine offered here is insightful. The paper offers a very helpful summary of the development of the autonomy doctrine philosophically and historically. In his arguments Prof. Farrow asserts that the increasingly widely held belief in the radical autonomy of the individual is having and will have a severely constraining effect on religious freedom. For Prof. Farrow the world is being fundamentally reordered in such a way around the individual that there is no longer any room for counter claims founded upon conscience and religious faith except insofar as they may be an aspect of a given person's individuality. Under the autonomy doctrine such claims must be assessed for what damage they might cause to another person's autonomy. The paper goes on to argue that under this conception of autonomy the human individual is no longer viewed as an accountable moral agent but rather a self-creating, self-measuring, and self-terminating being and no form of perceived religious intolerance must be permitted to infringe on this new conceptualisation of the social contract.

For Prof. Farrow, this development is a disturbing one. He examines how this idea has taken root in Canada not simply as broadly-held opinion but institutionally through legislation and regulation. Finally, Prof. Farrow assesses this increasing entrenchment of the autonomy doctrine particularly in how this doctrine misunderstands the human body and how ultimately certain fundamental freedoms, such as freedom of religion and conscience, will become subservient to this self-same doctrine. 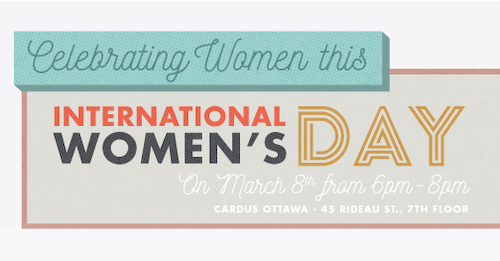 Do we know what Canadians think about women's issues and how they connect to politics, culture and family? Angus Reid Forum asked questions about these subjects. If one theme emerges it is diversity. Neither men nor women are easily categorized on a host of issues facing women in Canada in 2017. Some of these questions address current events. Others step back and examine the bigger picture. Either way, Canadians cannot be put in one easy box. 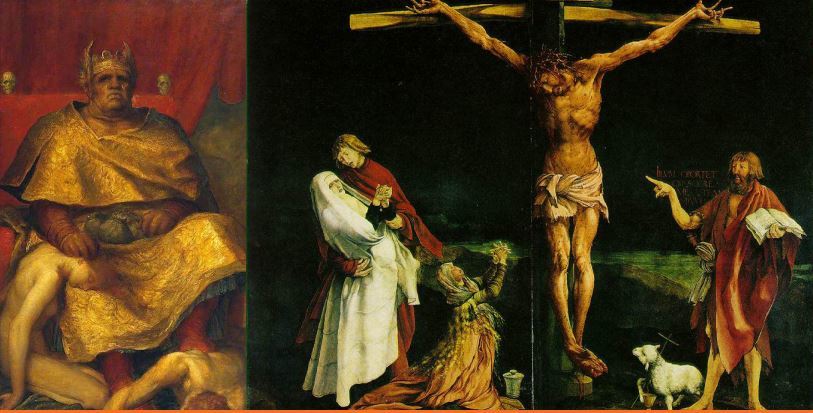 Who are you going to serve? A supplementary to theological writings on money from the Archbishop of Canterbury, Justin Welby, and a recent Theology of Money produced by the Anglican Church of Canada.