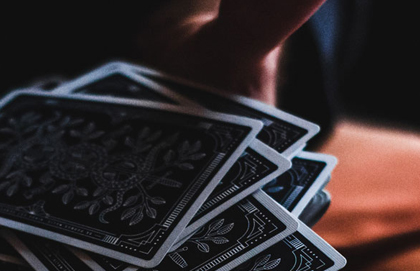 An Honourable Education, from Rule-Keeping to Principled Living

Becoming honourable means trading in "grade school rules" for the integrity of adulthood, pursuing happiness via the way of virtue.

Editor's note: A version of this essay was presented as a speech to the new students at The King's College in New York City on August 24, 2011.

For those who haven't heard yet, you can play cards at The King's College. That is to say, our institution has chosen not to belabour a list of dos and don'ts, which might lead some to think of honourable living merely as a moralistic checklist: "Don't smoke. Check. Don't chew. Check. Don't date girls who do. Double check."

Joking aside, the checklist-approach to rule-keeping is often helpful in grade school, where we first learn the concrete habits that form our attitudes about right and wrong—it's right to speak respectfully to adults; it's wrong to peek at a classmate's answers on a quiz; it's right to share your toys with others; it's wrong to take someone else's lunch money; and so on. Surely the rules we learn in kindergarten are an essential part of our moral development, and to the extent that we become respectful, honest, and generous, we should thank our parents and first-grade teachers for inculcating a few rules that eventually became honourable habits.

Yet, as psychologists remind us, human beings naturally mature beyond the concrete thinking of grade school, progressing from keeping the rules to asking why the rules exist.

Sometime in the throes of middle school, we begin to reason for ourselves, logically questioning those elementary rules: Why are the rules necessary, and what do they accomplish? What's in it for me—especially when the rule breakers prosper? Why should I be good when no one is watching? These are legitimate, moral questions that should not be dismissed with an authoritarian "Because I told you so." Such a response is inadequate to the probing quest behind our why questions, for there lies the first inkling of our deeper human nature. We ask why because we intuit that there's more to rule-making than the letter of the law.

The need for rules—at home or in society—should not surprise us. Aristotle recognized a three-fold form to human life: we are conjugal creatures who mate and produce families, sharing life together; we are political creatures who gather and form law-making communities, labouring for the common good; and we are imaginative creatures who envision future possibilities, striving to discern the good life.

For each facet of our nature, rules come into play: we learn the ways of intimacy through family manners; we discover the patterns of prudence in community customs; and we acquire the spirit of imagination within aesthetic traditions. Each of these rule-governed domains reflects the human impulse to form well-ordered, meaningful lives.

So, good rules are important for they represent the wisdom of our race. Countless generations have studied the mysterious confluence of human thought and action, seeking to understand our deepest nature. Plato affirmed that we are soulful creatures possessing reason (logos), spirit (thymos), and appetite (eros). Down to the present, Plato's successors have noted that we must learn to use reason—both intellect and imagination—in order to equip our spirits to govern our appetites. To borrow a phrase from C.S. Lewis, we must use the head to rule the belly through the chest.

You are in college to learn how to more fully exercise your intellect, which implies that you are ready to use reason to order your desires. Moreover, you are here to discover truth, which, properly understood, produces good rules for shaping desire. Such good rules, or first principles, are at the heart of honour. To discern and apply good rules within a truth-seeking community is, by definition, an honourable life.

But, let me caution you: Thought cannot be divorced from desire; reason is not detached from the passions. Indeed, the Christian tradition from Augustine to Pascal constantly reminds us that we use the intellect only as it is formed by desire. Truly, the logic of the heart is the mainspring of human action.

But, does this description of honour sound too theoretical? I hope not, for it has real-world implications.

Several years ago, the child psychiatrist and Harvard professor Robert Coles told the story of a student in one of his "moral reasoning" courses. This young lady came up after class posing a troubling ethical question to Professor Coles. She explained that her modest financial situation made it necessary for her to clean student rooms to pay her way through college. She noticed that many of her more affluent peers treated her with open disdain. In particular, one young man, a fellow student in her ethics course, was especially crude, repeatedly propositioning her for sex as she went about her menial work. The young lady marvelled how her classmate could master the ethical material, offering articulate answers in class and consistently achieving top grades, while remaining such a crude, debauched man. Exasperated, she concluded: "I've been taking all these philosophy courses, and we talk about what's true, what's important, what's good. Well, how do you teach people to be good? What's the point of knowing good if you don't keep trying to become a good person?"

Let me offer this explanation: for that young man, moral truth was divorced from practical living. He viewed ethical knowledge as a conceptual currency for trading in ideas, with no thought that such ideas would require tough choices: to be or not to be . . . virtuous. If the head rules the belly through the choices of the chest, that was a man without a chest—a man without honour.

Fundamentally, human nature needs to know and understand the world—a world that is both physical and spiritual. Natural philosophers and scientists, through the ages, have composed formulas to explain physical realities like the multiplied force of a lever or the power of atomic fusion. Similarly, moral philosophers have articulated dictums to express spiritual realities like justice, courage, and temperance. What's more, our greatest philosophers (and theologians) have established that the virtues are essential to living well. To deny justice, to embrace cowardice, to lose self-control—these, by definition, lead to broken lives. Only the virtuous can be whole (and happy), for only a person of honour can properly order his life. Thus, the Bible promises blessing to those who seek to be virtuous, or blameless. In short, an honourable life is a happy life.

But, such true happiness is seldom promoted today, outside of eccentric colleges like this one. Today's distorted vision of the good life is essentially a reversal of honour: follow your bliss (no rules); lead with your belly (passions first); and don't let anyone stand in your way. Even "trust your heart" often translates into a license for illicit behaviour.

Unless the logic of the heart is formed by truth, one cannot identify counterfeit versions of the Good Life—which are all destined to fail. Human happiness requires the integrity that grows out of loyalty to family and community, as properly ordered by first principles. In other words, the Good Life requires honour.

All this to say: the honour code at this college was never intended to be onerous or moralistic, something alien to your nature. Do not lie, cheat, or steal is straightforward. The difficulty arises when you take those rudiments of honour and make them your own, moving beyond the letter of the law to the spirit of the law. That's called growing up, becoming mature. As the Apostle Paul says, "When I was a child, I thought like a child . . . But when I became a man, I put away childish things."

The honour code is an ever-present reminder that you, as a young man or young woman, are responsible for ordering your life. Becoming honourable means trading in grade school rules for the integrity of adulthood, pursuing happiness via the way of virtue. Internalizing the rules of the Good Life is a sign of maturity and spiritual development. It is our prayer that you will become a man or woman of honour, and thus discover your purpose in the virtuous life to which God has called you. 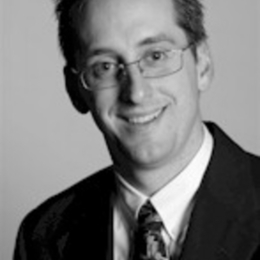 Robert Jackson is an associate professor of English and education at The King's College (New York), where he developed a minor that explores the 2500-year tradition of the liberal arts. His research focuses on the debates in the early twentieth century between progressives and classicists over the direction of public schools. He also works on the integration of poetry and the arts across the liberal arts curriculum. When he's not pushing poetry on the street-corner, he's probably hawking history to his four kids, à la the home-school dad.