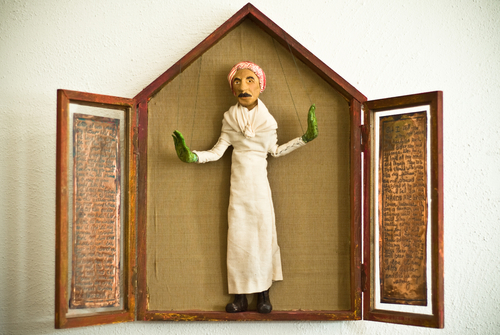 This piece was created as part of a larger show which debuted in February 2009 in a response to the study of Christ's parables over the previous 6 months. The show, titled Parabolic, was hosted by Lifelink Memphis in Gallery 210. In looking at the parables, our church community—which is uniquely comprised of a majority of visual artists and musicians—was encouraged to create art and music based on the themes present in these ancient parables.

Atta Jabber is a Muslim man I met a few years earlier while visiting the occupied territories within Israel. Atta is a committed proponent of non-violent resistance in the face of military aggression in his community. His story, although despairing and tragic, is full of triumph and resolve in his life's attempt to work for a peaceable and sustainable future for his family and neighbors. Atta is a farmer, health care provider, and voice for the people in his community. Upon meeting with him in the Jabber Valley outside of Bethlehem on the site of his demolished homestead, he displayed an admirable if not convicting disposition toward the soldiers who had come on three different occasions to destroy his home after he and members of his community had rebuilt it. His story connected with the parable of the wheat and weeds, taught by Jesus to demonstrate the reality of peace growing up with violence, and tragedy with triumph, and our higher calling to be wheat despite the presence of weeds. 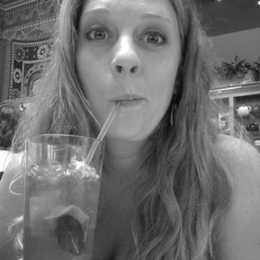 Mende Noffsinger began studying art as a child and has been involved in the artistic community in Memphis, Tennessee as a creator and educator since. She was the first graduate from Crichton College to receive a minor in Fine arts as part of her liberal Studies degree, at a time when the college didn't offer this option to their students. She studied art and education at L'Abri in Greatham, Hants England. She also apprenticed at an Atelier with Kate Manzo, a Master Realist at The Contemporary Realist Academy.

They Who Have Ears to Hear, Let Them See?

Considering aspects of modern art that have been despised by most theologians and Christian art writers.