Why pipe smoking has afforded some of the best conversations in my life.

The most enjoyable time of my work week is Monday mornings at eleven o'clock, when my friends and I walk across campus to the garden, dry off the benches, and smoke our pipes. The act forces me to slow down. It is part of a long history, and it is an excellent context for discussion.

First, an apology for smoking: My nephews, when they first saw me smoke, attempted an intervention on behalf of what they imaginatively called the "life-police." They were going to stop my death by extinguishing my pipe. Although I loved their valor, I don't plan to stop smoking. It is true that tobacco smoke is harmful to the human body and addictive. But a few key reasons lead me to believe that pipe smoking of this sort is worthwhile. I smoke infrequently and never miss tobacco on days that I don't bring my pipe to school. To me, this is evidence that I'm not addicted. I also don't breathe the smoke into my lungs.

Contrary to popular belief, not everyone who smokes does it for the nicotine. In fact, this kind of thinking is somewhat reductionist, since smoking can be about much more than addiction and cancer and nicotine. Reducing smoking to these things is like reducing steak to just a good way of getting protein, bread to a certain number of carbohydrate calories, wine to something you can get drunk by drinking, or candles to a way to light a room. Each of these things has immense aesthetic value that cannot be grasped with mere physico-chemical analysis—so it is my conviction that smoking is no different.

My week is usually packed. I live quite some distance from school, so to be there is to be on the road. I teach once a week, I'm a teaching assistant, I take five classes, I write, and I'm applying for graduate school. On Mondays, I get half an hour to smoke with my friends, and I find that my pipe (which I picked out in a pipe shop downtown that feels like Ollivander's Wands, assisted by "the pipe shop lady" who seems just like Harry Potter's wand-maker) is like a faithful reminder that I am human, I have a home, and I was created to have Sabbath rest.

Part of the beauty of pipe smoking is that it is an organic cultural activity which requires attention and effort. Smoking a cigarette is done in less than five minutes, and cigars require little attention once they are lit, but learning to smoke a pipe is a half-hour long ordeal. Pipes are notoriously difficult to keep lit, and I've heard that you can expect to re-light your pipe four or five times per session during your first year. The activity requires your attention, since a pipe will go out almost immediately if you do not keep a rhythm of drawing air through the burning tobacco. This means that conversations are meandering, since one person can only talk for about 30 seconds at a time before they have to draw on their pipe. This works wonders for breaking monologues up into dialogues. And because a pipe requires half an hour of unbroken attention, my thoughts are kept away from answering emails or grading papers and drawn towards what really matters.

In a well-warranted reaction against the Enlightenment, some have re-assessed the prestige associated with rational discussion. We once believed that all our problems could be solved through public reason; now we admit that emotion and feeling and sense and commitment are important for human life. However, I think that pipe smoking has afforded some of the best conversations in my life, all characterized by reasoning. My friends and I have lively debates and sharp disagreement and real friendship when we smoke together, debates that are characterized by reason.

I believe that in reacting against rationality, we may have pushed the pendulum too far away into the other side—setting reason to work in the right context may provide all kinds of new insights. Just as pipe smoking is great in the right context (for example, I often wish I could smoke in the library, but I understand that the consequences of this action would be disastrous), reason needs to be in its proper place. Perhaps the church or the school is not the best place for rationality to hold total sway, but when we are smoking, debating about our deepest loves and commitments and work can really be enjoyable.

It is not by coincidence that pictures of many of history's prominent intellectuals include a pipe. The activity of smoking is sometimes just what is required for the Sabbath rest that God's stressed servants need. 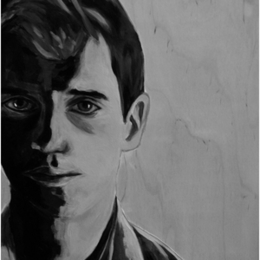 Ben Bouwman is in his fourth year of study at Hamilton, Ontario's Redeemer University. He loves people-watching, public places, dunking basketballs, and really long songs. His other time is divided between studying philosophy and theology, writing, thinking of patterns from his Grade 5 multiplication table that he never noticed before, and imagining enormous art pieces and sailboats that will likely never come to fruition. 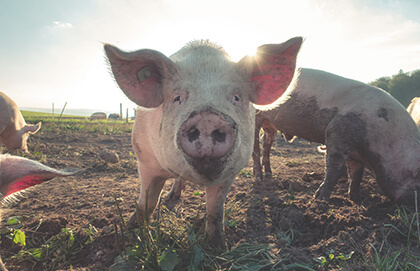 Why Not to Be a Minimalist