Coalitions, Cuts, and Compromises: The U.K. Government Six Months On

This unlikely survival bears lessons for the functioning of democracies generally.

Disorientation is evident among the media. They are, of course, keeping a stiff upper lip as the ground shifts beneath them; after all, many of their leading personalities were educated at England's finest private schools. But there are, nevertheless, clear signs of bewilderment that a two-party government should have defied predictions of imminent collapse or, at least, paralysis by internecine warfare. Having been schooled in an adversarial mentality in which parties work against and not with each other, media professionals are scrambling to make sense of the new party dynamics taking shape before their eyes.

But in spite of media efforts to expose its instability, the new mode of governance is working alarmingly well, and a coherent program of policy changes is being rolled out piece by piece. Notwithstanding frictions between the government and its two parliamentary parties, ministers from the two parties seem to have developed a respectful—if hardly affectionate—working relationship. In addition, the leaderships of both parties survived with surprising ease what might have been tempestuous and rebellious annual party conferences held in September and October.

Consternation is the dominant response in Labour party circles. The party has been banished to opposition for probably a quite lengthy period of agonizing reappraisal. Gordon Brown's inevitable resignation as party leader following the electoral drubbing in May thrust the party into a vexing leadership election. In a somewhat uninspiring contest, the choice quickly narrowed to two front-runners: the more seasoned, more centrist, and more "Blairite" candidate, former foreign secretary David Miliband; or his clever and articulate but more left-leaning younger brother Ed, who started out as the outlier. It was a very tight race, but in opting for Ed Miliband the party sought to make a clean break with the widely discredited Blair-Brown era in the hope of thereby winning back the trust of millions of deeply disillusioned and angry voters in the future. It is a long game, and it is much too early to predict if it will succeed.

Not surprisingly, a quiet sense of satisfaction is the prevailing mood among most Conservatives and their supporters, though government ministers are wisely keeping their schadenfreude at defeating Labour to themselves. But the Conservatives are entitled to a degree of satisfaction at having successfully seized the moment to form a full coalition and grasped the reins of government so confidently (it's that English private school education again). Current polls suggest that most voters are giving them the benefit of the doubt.

Notwithstanding the suave—and generally sincere—public performances of their leaders, the mood among Liberal Democrats is increasingly one of trepidation. In entering this coalition, they took the bigger risk, and poll results suggest they are already taking the biggest hit in terms of popularity. They reassure their followers—truthfully—that they are implementing an impressive string of Liberal Democrat manifesto commitments from within government. Yet they have also been compelled to endorse a program of eye-watering spending cuts of clear Conservative provenance. The October Spending Review will slash average departmental expenditure over four years by nearly twenty percent in real terms. "Front-line" spending in health and education has been ring-fenced, and, admirably, international development spending will actually increase. But there are reliable predictions of nearly half a million public sector job losses over four years, placing an extremely heavy burden of job-creation on a fragile private sector only just staggering out of a deep recession.

There's no doubt in even my economically left-of-centre mind that large spending cuts were an essential part of the required policy package if the truly dire situation presided over by the Labour government was to be addressed. Labour bequeathed to the nation the worst public sector deficit in its peacetime history. As it left office, one pound in four of government spending was borrowed money, and the government was spending as much on debt interest (£43 billion) as it was on schools in England. Such fiscal irresponsibility is simply unsustainable, not least at a time when—like it or not (I deeply dislike it)—any government's global creditworthiness hangs crucially on the confidence of financial markets.

But the cuts will be deep and damaging. There is an intense and much-needed debate going on about whether the haste with which the government wants to return to fiscal balance will threaten the economic recovery. There is an even fiercer contest exploding over whether the cuts are being imposed "fairly" across different income groups. The minister responsible for reforming the welfare state—a devout Catholic with a social conscience—is about to impose the biggest reductions in welfare benefits for a generation. His long-term (and in my view, laudable) goals are to move towards a streamlined system based on a universal credit which will both better protect the truly vulnerable and address the longstanding and disempowering "benefits trap" whereby many unemployed people are better off staying on welfare than going back to work. But there's little doubt that the first tranche of cuts will impact disproportionately some of the poorest and most vulnerable sectors of society. This is unleashing a wave of popular anger, and some of it will be justified. Not a moment's thought was given to whether the poorest could have been shielded from the worst cuts had a modest income tax increase been part of the austerity package.

Surprisingly, the angriest outbursts so far have come from students, who now face a doubling or trebling of university tuition fees (possibly up to £9000 per year) in the near future. This policy is proving excruciatingly difficult for the Liberal Democrats who, foolishly, campaigned on a platform of abolishing tuition fees entirely and won many student votes on the back of that commitment. Prominent members of the party—including ministers—are now insistently repeating that this is still the official policy of the party, even though they are currently "unable to deliver it" in the context of a coalition government. Students will no doubt exact their electoral revenge at the first opportunity.

There may be salutary lessons here about the functioning of democracies generally. The tensions noted above are an inescapable reality facing any government, although they are certainly heightened when a government is made up of two or more parties that only months ago were fighting each other like cats. All parties are forced to "compromise" on the policy stances they make during elections, even if they win it outright. This is partly because of unforeseen and often unforeseeable practical constraints on wished-for policy change. Political reality does not normally bend to our every political desire.

It is also because—as President Obama has found to his cost with respect to health care reform—political support for policy change may simply not be winnable once in office. Governments have to campaign in office, not just to get into office. They need to deploy the "power to persuade." And thank goodness for that, for none of us would want a government with so much power at its disposal that it could do anything it wanted. Happily, even the British system of parliamentary government—which can grant very substantial legislative power to a majority party—was never literally an "executive dictatorship," as it was once dubbed.

Given the inevitable gulf between aspiration and accomplishment, parties therefore need to conduct themselves in opposition and during elections with a clear eye on the severe limitations of holding office, whether alone or in coalition. The ubiquitous necessity of policy compromise should inject a proper modesty into party pronouncements, and foster a restraining ethos of truthfulness about what parties can with integrity promise. Liberal Democrat leaders, now facing angry charges of "betrayal" over tuition fees, find themselves repeatedly invoking the defense that, well, they didn't actually win the election and so can't do just anything they want. And quite right too. But rash pledges like abolishing tuition fees in an era of severe austerity bring the necessary and quite legitimate process of policy compromise into serious public disrepute. Voters need to be educated in the political ethics of compromise, and that certainly isn't the way to do it.

All political parties need to cultivate an attitude of proper humility, acknowledging that what they can achieve in office is in the hands of forces over which they may have little control. Equally, voters need to maintain suitably sober expectations about what office-holders can deliver. And Christians, whether as office-holders, party members, campaigners or voters, should strive to embody such an attitude of political modesty in their words, deeds, and goals. 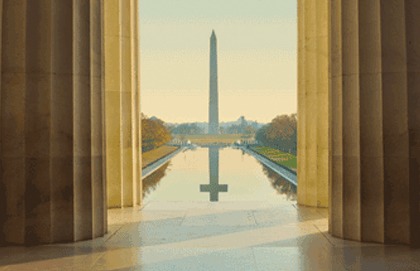 A Form of Godliness

Why civil religion won't save us from religious nationalism or radical secularism.