Honest feedback and the forging of valuable art.

". . .speaking the truth in love, we will grow to become in every respect the mature body of him who is the head, that is, Christ."
—Ephesians 4:15

And there you stand, before a picture of some sort, with an artist eagerly awaiting your response. Based upon a variety of factors—the context in which the question is asked, your relationship with the artist, your knowledge of art, and your ability to address images using language—your response could vary widely. So, what do you say?

There's an art itself to commenting on an artist's work without really saying anything at all. For example, if a visual artist friend has a show and asks you what you think, and you really don't find the work very good, or very interesting, you might enthusiastically say, "I think your work really fills that space well!" Or if a dancer friend asks you to comment on what you may have thought was a bumbling, weird, or disjointed performance, you can always simply tell her what you saw: "Girl, you were dancing!"

In the context of art openings or post-performance conversation—depending on your relationship with the artist—sometimes it is polite to creatively say nothing at all. Clearly, however, this should not always be the case. So how do artists learn to invite and accept honest feedback, and how do those who view the artist's work learn to speak truthfully and meaningfully about it?

Responses to and comments about an artist's work are usually called criticism. While commonly understood as being entirely negative, the term more accurately refers to "the analysis and judgment of the merits and faults of a literary or artistic work," according to the Oxford American Dictionary, and it can happen in the context of formal critique sessions or during casual conversation about works of art. But before commenting on the strengths and weaknesses of a work of art, it's important to understand the foundation and reason for this kind of critical conversation in the first place.

Art, like any other vocation or discipline, is a learned one, with almost infinite room for improvement and refinement. Even those artists considered the absolute best in their respective artistic disciplines always seem to speak in terms of growth, exploration, and further excellence. So we artists who may not be world-class performers or have international art careers and major museum exhibitions have plenty of room for growth and improvement. All artists need to have the deficiencies in their work illuminated for them so that they may go about the work of improving in the craft and content of their work.

One of the greatest deterrents to mature conversation about art is the perspective that art's central purpose is to generate pleasure in the artist and the viewer. Undoubtedly, art can be a source of pleasure—but pleasure, rather than being the central role that art plays in human experience, is simply one of the many legitimate responses that art's more central, perspective-shifting character can elicit. Art makes us see the world in a slightly different way, and this can be quite valuable, whether the experience is pleasurable, exciting, and captivating, or perplexing, difficult, and even disturbing.

But if we view art as exclusively centered on pleasure, we may indulge in situations where exclusively positive feedback is likely, or simply avoid situations where negative critical feedback is invited. If art is about pleasure, then noble conceptual intentions can be trotted out to excuse lapses in technique, and technical proficiency can blind the viewer to banal content. Opening up to serious, shaping conversation about art requires a certain pride-swallowing vulnerability.

Whenever an artist has invested time and effort into an object, he cannot help but feel attached to the thing. Naturally, if others point out mistakes or shortcomings in the object, the artist may also experience a certain type of pain or anxiety as a result. This discomfort, fortunately, could easily be understood as analogous to the burning muscles of the athlete. Embracing and enduring such discomfort, the athlete knows, is a part of building strength. The trick is to strike a balance between the shaping character of negative criticism and the encouragement of positive feedback. An unhealthy tilt in either direction can be useless at best, and harmful to the artistic process at worst. Iron sharpening iron should not be replaced with pillow fighting, iron gutting pillows, or pillows throwing themselves on the sword.

Just about anyone who has studied studio art at the undergraduate or graduate level has endured or witnessed a "bad crit." These critiques usually involve one or more aggressive, highly critical professors or students who are not huge fans of the art or the artist who happens to be the object of the criticism. As the critique unfolds, increasingly imaginative ways of articulating just how extraordinarily awful the artwork is are invented on the spot, as varying combinations of raised voices, ad hominem arguments, profanity-laced retorts, and, of course, tears pour forth. The critique's aftermath involves the artist sitting alone in the studio, surrounded by objects that represent countless hours of wasted work, filled with sadness, anger, and a sense that maybe he or she should have listened to mom and dad and studied math.

Alternatively, offsetting the critical bloodbath are situations where artists simply bathe in the warm, narcissistic glow of uncritical mutual affirmation. This is something that, sadly, I have observed in the church more than any other context. These critiques are usually preceded by coffee and some sort of vision-casting talk that centres on artists in the church being "encouraged," given by a super-confident guy who is primarily a musician, but is "really interested in seeing and learning more about visual art." Eventually, the gathered artists show or project images of artwork, and everyone else articulates what they like about it, remarks on how it celebrates beauty, or marvels at the skill exhibited in its creation. Everyone departs that night feeling pretty great about themselves and their art, determined to keep doing exactly what they are doing, for obvious reasons. It feels good when people praise your art.

But, somewhere between these two extremes of critical conversation is a place where artists are able to invite the speaking of truth about the work, and to speak truth about others' work in return. I introduce my students to the process of critique through language, borrowed from Paul, of "speaking the truth in love." Establishing a context characterized by love for one another as artists and persons, we speak about the artwork both negatively and positively—and humbly—as a way of helping to serve and shape our fellow artist. In order for this to work, both the critical voice and the one receiving criticism have to trust that everyone involved actually has the other's best interest in mind. Once this is established, criticism may be freely offered as iron, and received as iron in return.

Dayton Castleman is a Chicago-based multidisciplinary artist whose work and interests include his own studio practice, education, curatorial projects, and writing. His work has been presented in museums and galleries across the United States and in Europe. He received his BA in Art from Belhaven University, and his MFA in sculpture from the School of the Art Institute of Chicago. Dayton teaches sculpture, drawing and digital media at Trinity Christian College, near Chicago, and serves on the board of Christians in the Visual Arts. 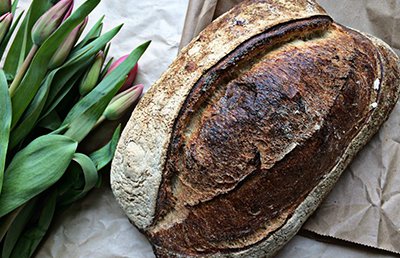 Voices from the Fields

We asked practitioners to reflect on the work of their hands.

Will paint for food

Two people standing before two blank canvasses with brushes and paints at the ready. Which one should get paid?