If writing a novel is an effort to bring such beauty into the world—to in any way redeem Creation—then the author of that story must swim deep and bring up fistfuls of human experience as it is: muddy and meaningful. 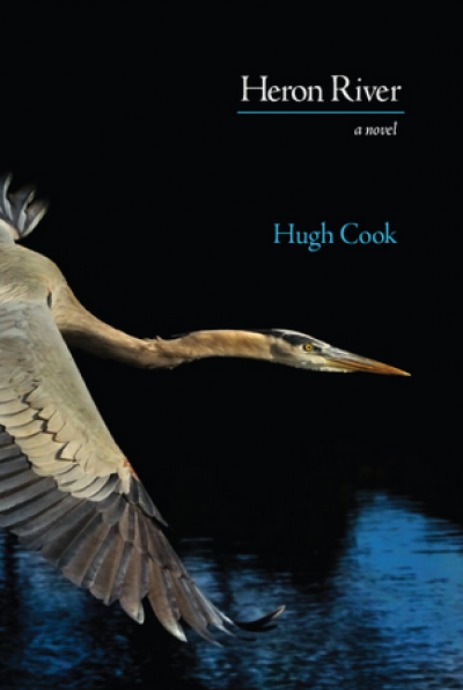 
There is an old Iroquois story at the heart of Hugh Cook's new novel, Heron River. In the story, Skywoman falls from the heavens and lands on the back of a turtle floating in the water. The turtle's shell is hard and uncomfortable, so different animals start diving to see if they can bring up clumps of mud and muck to pad the back of the turtle and make it more comfortable for Skywoman to live on. Only a few of the animals—the muskrat and the beaver—can swim deep enough to bring up clumps of clay which they give to Skywoman, who creates the world on the back the turtle.

This creation story serves as a good metaphor for what Cook accomplishes in Heron River, a brilliantly mapped confluence of five different characters' lives. In Christian circles there is a lot of talk about redeeming Creation, and artists in these circles often think of their work as sub-creations, like Tolkien thought of himself as maker of Middle-earth. But making a world—regardless of whether it is fantastical, historical, realist, or magical-realist—takes sacrifice and risk as well as craft. The author, like the muskrat or beaver, has to swim deeper than mere surface-level for observations of the human condition. And Cook does this in Heron River: he takes us below the surface of five different characters' lives in order to make their world as real as our own, allowing us to see the beauty of our own world more sharply.

The different narrative streams in Heron River sometimes meander in describing daily routines, like picking fresh strawberries and rhubarb for a home-baked pie. Or a scene drifts along laconically, lulling a reader with eddying depictions of childhood in an idyllic southern Ontario town, only to round a bend and surge through rolling emotions and rapid action, such as when a volunteer fireman tries to rescue a young boy who's fallen down an old well.

The novel starts by allowing us to taste and see Madeline's small-town world of Caithness. We are drawn into her memory of a lazy summer morning, gathering fruit for a pie from her own backyard, listening to her two sons—Jesse and Adam—playing ball hockey in the driveway. The memory is full of songbird sounds, strawberries' sweetness and rhubarb's tart flavour, the dewy texture of long grass first thing in the morning. You feel the heat rising with the sun and relax into the scene's drift, hardly noticing the puzzling gap in the tree line along driveway where the boys are playing hockey. It's hardly worth noting, until Adam, chasing a wild ball into this gap, crashes through the rotten boards of an old covering placed over an abandoned well and plummets down a thirty-foot shaft.

The ensuing rescue is recounted by the volunteer fireman who rappelled into the well to save Adam. But he doesn't reach the boy before irreversible brain damage is done. The scene plays out like one of those white water rafting videos where shots from the rafter's helmet camera are spliced into the remembrance of shooting the rapids, harrowing hidden rocks, rolling, righting, paddling for dear life. The fireman's memory of the rescue underlines its lingering, haunting effect on him.

By telling this part of the story as memory rather than present-tense action, Cook allows us to see below the white-water rush of tragic events and to get a grip on the deep and lasting effects of such a tragedy, including Madeline's guilt over not paying closer attention to her boys and over Adam's survival, knowing he will live the rest of his life with a disability. The result of this deep guilt is that Madeline's marriage ends and her son Jesse eventually takes off, leaving her alone to care for Adam, which she is increasingly unable to do because of her own debilitating illness.

By showing us the depths of tragedy in Madeline's story, Cook makes his own fictional world more complex, and through Heron River allows us to glimpse the complexity of our own world. Of course, this cannot be done without novelistic craft, and Cook is nothing if not a consummate craftsman. Just as there are specific words to describe water's intricate movements—running, rushing, eddying, whirling, sparkling—so Cook uses specific prose styles in the novel's different sections to convey the movements of each character's inner life. The language in Madeline's scenes is methodical, slow-moving, and calculated, like her considered movements made more painful because of her debilitating MS. The prose in Adam's sections is rhythmic in its recounting of Adam's necessary, daily routines that order his life. Cook's treatment of Adam is particularly beautiful because Adam's personality (and not his disability) is foregrounded; he may be misunderstood by other characters, but not by us.

Another misunderstood character is young Jacob, the local paperboy in Caithness. The prose in these sections is full of sharply observed details, showing Jacob's intelligence, but they are also filled with Jacob's wild imaginings, like when he enters old Mrs. Tiefenbach's house while she is away on vacation, wondering what secrets the old lady hides—Nazi war memorabilia, her own pine casket, slinky dresses on mannequins? Jacob breaks into several houses, raising the suspicions of the people whose houses he is entering while they are away on trips and vacations, and Tara Burnaby, a local cop, becomes involved. The writing in Tara's sections is distinct again: terse observations like quickly jotted notes on a police report.

Tara's various investigations eventually lead her across the path of a "smart-ass," disturbed young man, Orrin Roscoe. And Cook dives into the violent rush of Orrin's mind in run-on, stream-of-consciousness prose that rushes over submerged anger and boils in frothing aggression.

These characters are as distinct as the different styles used to render them, and they compel our attention, begging us to look deeper—to see God-given beauty spring from muddy human clay. In looking deeper, we witness Madeline's private struggle with thoughts of euthanizing her father who has dementia and is only a frightened shadow of his younger self, but we also see Madeline's love for her father in her weekly visits to his nursing home. We begin to understand the depths of Adam's feeling, his deep love for his missing older brother Jesse, when we follow Adam on one of his long walks in search of his brother. We see Jacob's longing to know who his birth mother is through the letters that he writes to her—even going so far as to give her an imagined name, Corinne. We glimpse Tara's home life on a Sunday morning when she is cleaning her SIG SAUER pistol while listening to organ music, and we see how hard it is for her to be a good cop, fully dedicated to her job, and to be a good mother to her children. We also get glimpses into Orrin's upbringing, raised by his young, alcoholic mother, as well as into his searches for things to fill the cracks in his life, which lead him to his "first time" with Denise, who moves away afterwards but whose name Orrin gets tattooed on his arm "like she wrote it herself."

In diving into each character's inner life, Cook draws up fistfuls of mud and muck, human clay. But as in the Iroquois creation story old Keller tells to Adam after giving Adam a hand-carved turtle, digging up this "dirt" is part of the creation of a full and compelling fictional world—a world that is broken by the carelessness, ignorance, and violence of others, symbolized by Adam's broken turtle whose head is snapped off by his house-mate Donnie in a fit of anger. As the lives of Madeline, Adam, Jacob, Tara, and Orrin merge, the novel's flow surges, crashing over unexpected falls of human error. Sometimes these plunge us into raging scenes of shocking violence (like what happens after Orrin deceives Adam); other times we surface into strange yet beautiful scenes of peace and even joy (like the final scene between Adam and Keller). But these scenes, like the lives of the characters in this novel, connect—they flow into each other. They are part of the same world, and Cook knows, as any good writer does, that beauty is seen most sharply in contrast to what John Gardner calls its "monstrous opposite."

If writing a novel is an effort to bring such beauty into the world—to in any way redeem Creation—then the author of that story must swim deep and bring up fistfuls of human experience as it is: muddy yet meaningful. Only then will redemption be seen and understood through the story itself—the novel as sub-creation, a world within our world through which we see our world anew. There is risk involved in this endeavour: an author has to dive deeply into his own world, which Cook has done through extensive research, interviews, and years of listening to the stories of others. Cook said in a recent interview that he took his cue from Flannery O'Connor, who said the writer must never be afraid to stare. Cook adds to this that the writer must never be afraid to eavesdrop as well, or to speak with others about their stories.

The result of all of this lung-burning work—diving deeply into the world—is the creation of a novel like Heron River, a book rich with the fertile wisdom that can only be drawn up from dangerous, gasping attempts to reach the dark places beneath the flowing confluence of human lives as they crash into each other. This is an excellent novel—a terrifying yet beautiful creation.

Letter to a Young Writer

Talking About God in Public

Rowan Williams offers an indispensable aid for anyone struggling to talk about God publicly. 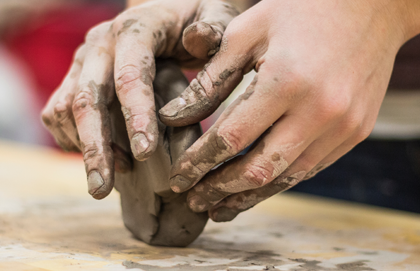 Forgetting Ourselves in a Function: W.H. Auden on the Good Society's Friday

Taking up practices that remind us of our finitude, our createdness.