There is an art to spending time in a vehicle together, figuring each other out on the fly, over thousands of kilometres.

by Milton Friesen and Michelle Friesen

Does a family road trip qualify as a vacation?

It doesn't—if your idea of vacation is self-indulgence, freedom from interruptions, and the absence of other people. For those who love to sit on a beach or lounge beside a pool, a road trip with four kids probably seems like something on the other side of the spectrum, an assignment that you should be paid to do.

But we've always seen it differently. Our road trips are inextricably woven into what it means for us to be a family. From our earliest married days, well before we had kids, we would plan driving trips of one kind or another—West Coast, Banff, Northwest United States. Sometimes the occasion would be a wedding or a family visit; other times we would pull out a map and begin to wonder about a place we'd never been, or hadn't seen since we were kids. That would start the planning. We never let our finances dictate whether or not we took the journey, though it did significantly shape how we travelled, what we ate, and where we slept.

The first big trip we took after we became parents was when our oldest daughter, Charae, was just nine months old. We were living in Fairview, Alberta, getting by on subsistence wages, but needed a two-week break. As though Fairview wasn't remote enough (1200km north of the Canada/U.S. border), we decided to do a fourteen day camping trip to Yellowknife via Hay River and then back through Fort Liard, Fort Nelson, and back home. We bought supplies for two weeks and with the camping gear and car seat, discovered that our mid-size four-door car didn't have enough room.

No problem. We removed the back seats, fitted the car seat safely on a little platform, and filled all the spaces with our food and gear. We bathed Charae in the washbasin (inside the Coleman canvas wall tent) while constantly fending off the legendary insect assault for which the north has a well-deserved reputation.

We had sunlight around the clock, never felt pressed by crowds, cooked, camped, and visited as many natural highlights as we could manage. Supplements included Caribou burgers at the Wildcat Café in Yellowknife, attending Raven Mad Daze on the longest day of the year, fishing in the numerous rivers and lakes, and re-reading the Lord of the Rings trilogy. We saved some money so we could stay at a hotel in Fort Liard on our fourteenth day, a spot where our guidebook said there was a hotel above the grocery store with hot showers and cable TV. Our arrival revealed that the "hotel" was not functioning, the gas station was closed, and we were forced to sleep in the driveway of the only campground around since the main gate of the campground was locked.

Since then we've added three more kids and many, many more trips. In the hope that it may be of some assistance to you, we've given some thought to the transferable elements that have been part of those trips.

First, we have always taken at least a week with just us and our kids. This may not be a natural thing for all families, but it's worth the effort. There are so many good things that happen when you only have each other to talk to, only each other to share experiences with, and only each other to try and figure out.

Second: committing to family trips involves financial sacrifice, which is not the same as being financially irresponsible. Some of the results have been that we drive older, used cars (which have resulted in a whole other set of stories); live with small, near-antique CRT TVs where the only thing flat about them is the sound; and may well have a very modest retirement. This has been a conscious decision. We talked about it, were clear with each other about the implications, and then made our decision. In essence, we traded one thing for another, instead of just digging a deeper hole.

As Charae stands on the cusp of university and the young family phase of life begins to pass, we don't have even the faintest regret. We have chosen to invest in family adventures—not luxury trips or full-package resorts, but journeys together to explore, visit, learn, and experience the profoundly strange and beautiful world we live in. We make most of our own meals and have had cooked rice and stew in a number of well-known downtown city parks. Sometimes we've had to be a bit covert about it, but generally it's gone well. We still eat out but by limiting that, we can do other things. We've slept in a variety of hotels, from the very nice to the very budget.

Our favourite story is about the hotel that we booked online for a late night, early morning departure run through Winnipeg. It seemed fine online and was economical, but when I drove up late in the evening, it became obvious that it was more of a transition facility for recently released convicts (the bars on the office window that you slid your credit card through was a clear sign). To quell the mutiny, I had to cancel the rooms and find another spot. The wisdom of the crowd was spot on.

You also have to plan as carefully as you can and then prepare to adapt. Our thirty day road trip from Calgary to Manhattan and back involved a year of planning, saving, and preparing to pull off. At the end of a long day of driving with a van full of tired kids and cranky parents, it's good to know there is a hotel room waiting and a fun outing the next morning.

Recently, we visited Halifax on an East Coast tour and spontaneously decided to go surfing in the North Atlantic. We had surf instruction from a professional surfer and his photographer partner, spending the day get tossed and pummelled by the cold water. It was a fantastic, unplanned day.

Also important to remember: Outings are tricky. Adults like things that bore their children, teenagers are fans of what grade three girls yawn at, and twelve-year-old boys may have a passion for LEGO stores that their older sisters cannot comprehend. Over the years we have learned how to participate in each other's interests—if Brittany wants a trail ride on the Bay of Fundy, we all jump on the tired old trail horses and make the trip together. If Dad wants to see the Potato Museum on PEI (yes, there is a potato museum), we all make the trek and learn more about potato diseases than we ever wanted to know. Research gleaned online, family magazines, recommendations from friends, and other information are all gathered in a folder before the trip and then taken along with us. One recommendation inspired a day in Southwest Utah helping abandoned cats and dogs relearn their social skills.

There is an art to spending time in a vehicle together over thousands of kilometres. Michelle is the undisputed master of this domain. She has learned that structuring a day is the only way to keep the ship's crew happy. Every day, one of the kids gets to be King or Queen for the day, enjoying special privileges, choice of seating, the balance of power in decisions for activities, and other important advantages. There are time slots for crafts, travel journal writing, family devotionals we take turns reading, perhaps a movie, car games with financial rewards, reading, and free time.

Michelle also pre-packs a box of gifts and surprises to hand out as needed. For lunch and roadside breaks, a baseball and gloves, a football, Frisbee, and skipping ropes are all worth packing. Not everyone likes crafts, some balk at the writing, and others don't like the movie choice. It doesn't matter—you participate as a member of the travelling circus.

The biggest and perhaps most important challenge is figuring each other out. It's good to know that the driver (Dad) gets cranky when navigation goes badly, that the co-pilot (Mom) has a "get me out of the van" limit that must be respected, and that kids need personal space that is sometimes measured in millimetres (but those millimetres matter). Some of the travellers value a good place to sleep, others need good food, and others want maximum pool time. All of it has to be calculated on the fly as the Sienna makes those steady miles.

Our thousands of photos, dozens of albums, post-adventure scrapbooks (everyone has to do one), endless stories, and ability to reference most cities in North America with personal anecdotes is a testament to how we've chosen to invest in our together time over the years. But those things are secondary to the deepened knowledge and affection we have for each other and for the collection of quirks and features that make us who we are. Journeying has long been a spiritual discipline in many traditions, and after numerous family treks, we can clearly see the benefits. It isn't about indulgence or ease, but is instead a reminder that in the balance of control and contingency, our travelling companions challenge our selfishness, reveal our weakness, and demonstrate how deeply we need each other. That has family written all over it. 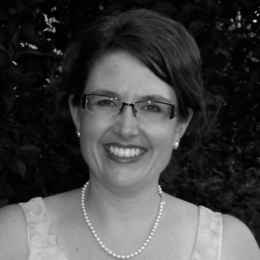 Michelle Friesen has been a music teacher for more than twenty years and has run her own studio for half of that time. She considers her highest calling to be raising her four children, and works children's camp speaking, women's events, travel, and a love of the culinary arts around that. Some of her favourite books include Half Broke Horses, East of Eden, The Book of Negroes, and Life of Pi. As the keeper of the family history, her dozens (many dozens) of family photo albums are her most cherished possession. 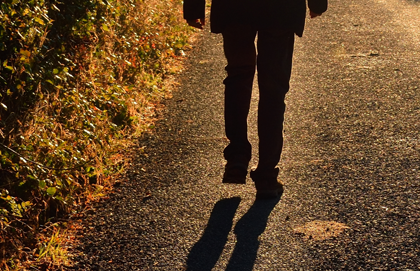 The Art of Passing on Wonts

The true measure of our legacy is the depth of our gratitude, not the shimmer of our moral and technical excellence. 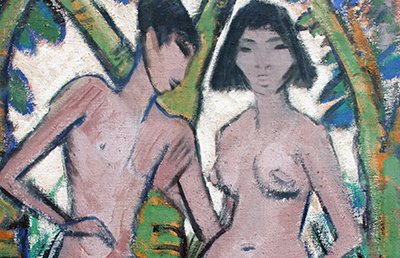 Let's not confuse difference with inequality.