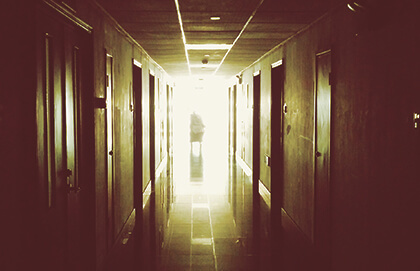 When Jack Kevorkian, the assisted suicide promoter and convicted murderer, died last week, he inadvertently illustrated the failure of the kind of "planned death" that he executed with 130 people before being imprisoned. In the hospital with pneumonia and kidney problems, Kevorkian didn't bring the "thanatron" that he used to help others die. Kevorkian's life ended naturally of a blood clot that had traveled to his brain.

Kevorkian's supporters and opponents have been busy answering reporters' phone calls, interpreting the meaning of his death and the progress of the movement he spurred on to national debate. In the U.S., just three states have legalized some form of assisted suicide. Oregon, which has allowed assisted suicide since 1998, reported that in 2010 just 65 people used the lethal drug cocktail prescribed by law for ending one's life following diagnosis of a terminal illness.

In Europe, the so-called "right-to-die" movement is much further down the slippery slope predicted by its opponents in the States. The Netherlands has turned assisted suicide into euthanasia, with doctors administering lethal drugs rather than assisting patients who carry out their own wishes. In addition, doctors in that country execute "non-voluntary" euthanasia and eugenic infanticide should they decide a patient's life is not worth living, or that the patient simply isn't worth caring for. Figures there are slippery, since extremely narrow definitions apply to official tallies. In Switzerland, groups like Dignitas have become a travel destination for people all over the world who want to die. Dignitas will assist in suicide for any reason, not just terminal illness, and then dump the ashes, accuse some opponents, into Lake Geneva.

Kevorkian's death is prompting our culture to again ask how we should die, but his antics as a courtroom showman and one-time pathologist are distracting us from the real issue of a society whose technology far exceeds its moral responsibility. Our culture's fear of what it cannot control and the weakness of its system of values exposes its greatest need and perhaps the church's greatest opportunity. Christian faith points the way toward living—and dying—well, a path that answers many of our neighbors' fears.

The desire to commit suicide rather than suffer the ailments of old age and disease is ancient. Seneca said, "If [old age] begins to shake my mind, if it destroys its faculties one by one, if it leaves me not life but breath, I will depart from the putrid or tottering edifice."

Many today feel similarly. But our modern medical technology gives us not only a higher likelihood of living so long that we become a "tottering edifice," but means we have far more complicated choices to make than Seneca's decision to depart or not.

Most people from Seneca's day through the middle of the 20th century died of disease. As cities brought people, animals, and unsanitary conditions together, the leading causes of death were often cholera or dysentery, typhoid, yellow fever, or small pox. These diseases typically killed their victims within days or weeks. If a sufferer survived, that too was quickly evident: Only a handful of people reached an age where the diseases familiar to us would result in an elder's slow decline.

Today, however, many live to old age. With illnesses like heart disease, cancer, stroke, respiratory disease, Alzheimer's, and Parkinson's as the leading causes of death, a long slow decline is typical—three years of life, on average, follow diagnosis of a terminal illness. In addition, patients today have to deal with the mind-numbing complexities of our health care system. That very system practically guarantees the kind of death Seneca wanted to avoid, only it adds to his "putrid edifice" the needles, machines, tubes, and wires that 90 percent of Americans say they wish to avoid. When people see the choices before them, despite our phenomenal medical advances, suicide seems like a good option. Perhaps, then, we shouldn't call them medical advances.

An opportunity for the church

Many people, doctors, lawyers, Christians, and people with sick loved ones have responded to calls for the legalization of assisted suicide by addressing it ethically. If it is allowed for the terminally ill, why not for those who are simply depressed? If we allow doctors to kill the sick, why not those who are mentally sick? Might people be pressured into "choosing" this option when family members are burdened by caregiving?

These are all sound arguments. But twenty-one years after Jack Kevorkian began assisting in the death of his patients in 1990, the American public is more split on this than any other issue, according to a May Gallup poll: 48 percent think doctor-assisted suicide is wrong, while 45 percent support it. What's to tip the scales?

The early church's experience in health care provides some instruction today. In The Rise of Christianity: How the Obscure, Marginal, Jesus Movement Became the Dominant Religious Force in the Western World in a Few Centuries, sociologist Rodney Stark directly links the early church's provision of health care to its phenomenal growth. It was the failure of the pagan religions' attempts to address repeated outbreaks of disease in ancient cities that provided the opportunity for a new faith. "Christianity not only seemed to be," Stark writes, "but actually was, efficacious" in treating disease. He writes that the rudimentary medical care provided by the church probably led to a greater survival rate for Christians and their charges, who they often picked up out of the gutter. It was so significant in the early church's appeal that the pagan emperor following Constantine, Julian the Apostate, complained that because the Christians "support not only their poor, but ours as well, everyone can see that our people lack aid from us."

In a modern environment where the end-of-life scenario offered by our health care system can be horrifying as well as painful and undignified, the Christian tradition of dying well can again offer a real solution, rather than "compassionate" suicide. Even when people don't choose suicide, more medicine often leads to faster dying.

By modeling our hope in our bodily resurrection and by making end-of-life choices that illustrate that we fear neither death nor loss of personal autonomy, the church today can offer a powerful alternative. The Christian tradition of dying well offers a kind of hope that doesn't depend on medical cures, but rather spiritual and relational preparation, just the kind of death, polls show, that people wish for. Christianity may still be efficacious. 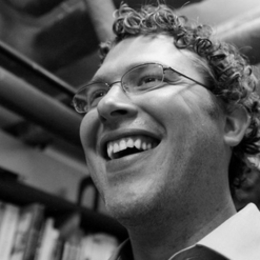 Rob Moll has been writing for Christianity Today magazine for nine years and is now editor at large. He's the author of The Art of Dying: Living Fully into the Life to Come, and since the birth of his three kids, Rob's musical tastes have changed while his playlists have not. 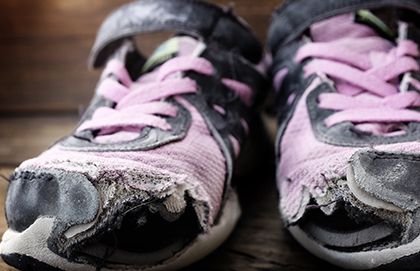 If Despair Is the Disease, What Is the Treatment?

How discarded images can forge a path to life. 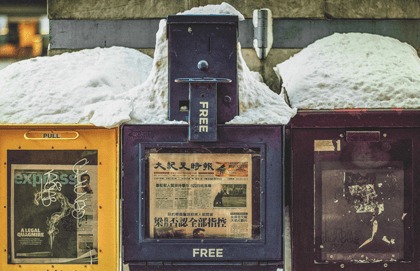 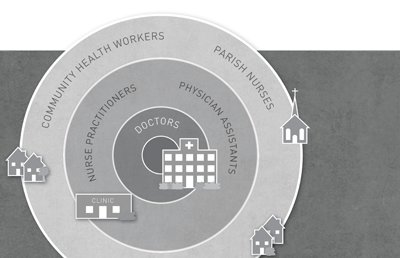