Fire up the barbeque, bring your friends to the table, and make culture!

Andy Crouch's Culture Making: Embracing our call to engage intentionally with our world, through the creation of cultural goods.

Andy Crouch's creative energies have been simmering and are ready to be brought to the patio table this summer in his latest book, Culture Making: Recovering Our Creative Calling. This thought-provoking, accessibly written work confronts a simplistic understanding of how Christians make a difference in our world. Rather than an ostrich-like burying of one's head in the sand, placarding the excesses of our fallen world, or over-spiritualizing solutions, Crouch contributes both language and framework for thoughtful engagement as Christians. It is far easier to ignore our world's dysfunction or, conversely, be angry, but Crouch demonstrates the more arduous and ultimately rewarding pathway of constructive engagement.

The author presents his thesis in three parts—culture, Gospel, and calling. He defines culture, demonstrates how it is an integral part of the Gospel and is woven throughout Scripture, and finally invites the reader to awake to the possibilities that the Gospel we embrace also calls us to engage intentionally with our world through the creation of cultural goods. Following Jesus is all about creating alternative, life-giving expressions of culture for the mainstream culture.

I have met Andy Crouch on two occasions, and both times we savoured a good meal and conversations about culture making. From our springtime perches at a Yorkville café in Toronto, and later overlooking the bustle from the restaurant in New York City's Grand Central Station, I heard the book from the author before I read it. Given our mealtime conversations it was not surprising to me to see food analogies served up in this book.

Crouch begins by deconstructing breakfast. In doing so, he shows how simple, everyday acts such as making a humble omelette are part of the great culture making opportunity before us. Any human creation—from omelettes to symphonies to philanthropy to the stock market—makes assumptions about who we are, who we want to be, what is possible, what will not be possible, and what new creation could emerge. In the case of omelettes, these assumptions can initially seem rather mundane (I'm hungry, I want to be full, I need an easy meal, and so forth) but on probing deeper, why has our culture stuck with eggs as breakfast food? What industry has emerged because of our love for eggs? Why do we like a variety of bright colours mixed in with our pale yellow eggs? Applying this same inquisitive mind to other, greater, cultural pursuits will reveal much about what we yearn after and value.

Christian thinkers have traditionally approached culture a number of different ways: condemn it, critique it, copy it, or consume it. Crouch values a fifth way—to create. Being formed in the image of God means we are created to create. Reflecting God's image entails the creation of goods and ideas. "Culture is, first of all, the name for all our relentless, restless human effort to take the world as it is given to us and make something else," says Crouch.

Once cultural artifacts are created, they need to be conserved. Conservation happens through the discipline of repetition: "So underneath almost every act of culture making we find countless small acts of culture keeping. That is why the good screenwriter has first watched a thousand movies; why the surgeon who pioneers a new technique has first performed a thousand routine surgeries; and why the investor who provides funds to the next startup has first studied a thousand balance sheets. Cultural creativity requires cultural maturity." These disciplines of repeated acts of culture making and culture keeping are essential for a sustained and effective cultural contribution.

In the second of three parts, Crouch grapples with Scripture to demonstrate that the call to cultural engagement is woven throughout the biblical narrative. From Creation, Eden, the Fall and the misguided aspirations of the builders of Babel through to Jesus' incarnation and the final Revelation of John, culture making is the core task for those who follow Christ. The good news Jesus proclaimed was revolutionary:

The kingdom of God would touch every sphere and every scale of culture. It would reshape marriage and mealtimes, resistance to the Roman occupiers and prayer in the temple, the social standing of prostitutes and the piety of Pharisees, the meaning of cleanliness and the interpretation of illness, integrity in business and honesty in prayer.

Crouch culminates his biblical overview with a stirring overview of how the cultivators of a garden find themselves in the New Jerusalem—a golden city composed of eternal cultural goods. This brilliant city is not made by human hands; it is a gift: "Very much like the primeval Garden, this is God's own cultural work."

While God is the architect of this new urbanism, it is a radical transformation of what has been crafted with ingenuity by humans. For Crouch:

Cultural goods too will be transformed and redeemed, yet they will be recognizably what they were in the old creation—or perhaps more accurately, they will be what they always could have been. The new Jerusalem will be truly a city: a place suffused with culture, a place where culture has reached its full flourishing. It will be the place where God's instruction to the first human being is fulfilled, where all the latent potentialities of the world will be discovered and released by creative, cultivating people.

The locus for this cultural creativity is not found in bold and mechanistic five-year plans, but in small, even intimate, acts of ongoing, persistent cultural contribution. One of the reasons for the longevity of these cultural goods is found in their public nature—elements that are humbly given and produced for the community.

In the third, and last, section of the book, the author asserts and defines our role in the Christian cultural mandate. For all our creativity, passion and expertise, Crouch proposes a startling starting point. We need to recognize that we are limited and cannot change the world. This revelation comes with a shock to those of us who are accustomed to advancing solutions and seeking progress. Our calling to cultural creativity begins in a place of deep humility rooted in the recognition that the divinely created spark in us is not of our own making. We are, therefore, not the source of culture shaping. This attitude compels us to seek God in prayer for inspiration.

Neither are we the end of culture shaping. Cultural goods become most effective when they are released out from the hands of their creators. Crouch writes:

The telephone, the iPod, the interstate highway and the atomic bomb—all have had tremendously consequential impact on human history, yet none has remained, or could have remained, fully within the control of their creators. Indeed, over time, the unintended consequences of a given cultural good almost always swamp the intended consequences in magnitude, as people continue the culture-making process, making new culture in response to the changed horizons.

Cultural artifacts become more powerful when we unclench our hands.

While not the source nor the end, we are indispensable to God's plan for the shaping of cultures as change agents for cultural shifts. The best culture shaping, says Crouch, happens in community, in gatherings of small numbers working for a common goal. It is these intimate groups where trust is built and sustained, and where what is produced is tested.

Changing culture is not done just by thinking. Crouch argues that "The only way to change culture is to create more of it." And it is best done acting through community. So, this summer, as you contemplate culture from your floating raft or deck chair, and as you fire up the barbeque and roast back ribs with hickory-smoked sauce, bring your friends to the table to plan for your own cultural contribution. Andy Crouch's book will get you thinking but, more than that, it will inspire you to act. 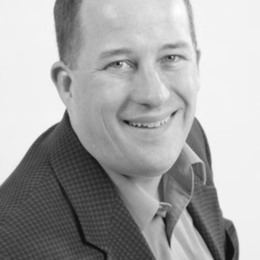 Mark Petersen is the Executive Director of the Bridgeway Foundation, based in Cambridge, Ontario. This private grantmaking foundation's mission is to collaborate with innovators to grow healthy and productive non-profit organizations, and to help them engage in creative transformational projects. Bridgeway is committed to working in partnership with non-profit organizations to enhance organizational effectiveness and to enable a better delivery of program services. 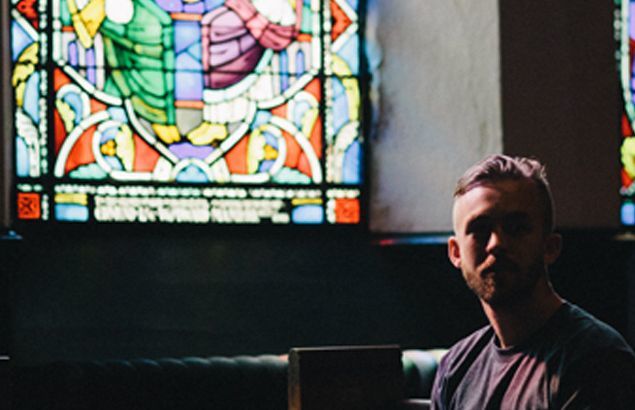