For All It's Worth: Reading Literature

When we get into the rut of asking the same questions of literature every time we read, we no longer are reading stories for all they're worth.

Editor's Note: This article is adapted from a lecture titled "For What It's Worth: Reading and Being a Christian," delivered as part of the 2011 Geneva Society Lecture Series.

Despite its apparent lack of practical usefulness, literature functions in unique ways that help us to participate in the world better. Literature extends the horizons of our imagination, encourages cosmopolitan citizenship, entertains and delights and so much more.

But let's take the discussion one step further. If that's what literature potentially does, how do we make sure we are reading literature for all it's worth? Literature is supposed to present us with a more nuanced view of the world, but often our study of literature can simplify a story and reduce its worth. For me, this danger often takes the form of separating my intellectual and emotional reading experiences. Some books are for Friday night entertainment and some books for critical engagement. When we get into the rut of asking the same questions of literature every time we read, we no longer are reading stories for all they're worth; the breadth and depth of the reading experience has been lost.

For the sake of discussion, I'll argue that if we want to study literature for all it's worth, we need to recognize the multifaceted nature of literature, or, to put it in a way reminiscent of the Dutch philosopher Hermann Dooyeweerd, we need to understand the various modes within which literature functions.

Here's a story to illustrate: In 2008 I ran a workshop on reading refugee narratives. I ran it twice. The first time was for church-based advocates for refugees and the second time was for Christians who were refugees in that same city. Together we watched a clip from a Hollywood film "Beyond Borders," starring Clive Owens and Angelina Jolie, a hip hop video for K'Naan's hit song "Soobax," a short story by a Canadian writer, Neil Bissoondath, and a newspaper article from our local newspaper. All of them were about refugee experiences. I was trying my best to make literature practical and useful for refugee-ed people and for church-based advocates.

During the second workshop, we were discussing the Hamilton Spectator's representation of refugee-ed people in a poorly researched and hastily written article on Mexican asylum seekers. One participant asked, "Is it a good newspaper to read?" It was an evaluative question—is it good?

I began to explain, to the best of my knowledge, the strengths and weaknesses of the paper's reporting by commenting on political bias and parochial writing, but the participant interrupted me with the more urgent question: "Jobs?" The person wanted to know if the Spectator had a healthy "Help Wanted" section. I hadn't even considered that as a way of evaluating the newspaper. I had a job, and I was trying to understand representations of refugees in the newspaper. I was asking questions of the text that came out of my cultural studies background. What I thought was important about the text—what I thought was the thing to learn—was, in fact, only one thing to be learned.

Later, we were having a fascinating discussion about how to get readers to move from watching a film about refugees and feeling sympathetic to watching a film and doing something about what they've seen. A participant abruptly stood up and asked if there might be a fax machine here or across the road at the pharmacy and then disappeared to send a fax. When the person returned from the errand, we found out that this person's asylum claim had been rejected the day before. Now the participant was facing deportation. The expectations I had of literature to be of practical value to the participants were not this person's expectations. I was speaking at a theoretical level about issues that were urgent, life-and-death concerns for some of the participants.

Looking back over the transcripts of the two workshops I ran, I saw that this problem surfaced over and over. We had all come to talk about literature, but we all were asking different questions of the literature based on what we thought literature was.

Richard Macksey has written a foreword to The John Hopkins Guide to Literary Theory and Criticism (JHG)—the literary theory Bible for literary scholars. In it, he provides a brief and insightful introduction to the multifaceted nature of literature. He lists a dozen or so ways to read a text, each of which prioritize certain questions. Critics who attach themselves to one or another of these schools often cannot hear the value in each others' criticism. But his analysis isn't limited to critics because we all read literature with certain assumptions and questions in mind. So his descriptions might help us to understand our own reductions or simplifications of literature. The categories he offers sound ominously academic, but they're actually quite interesting: ontological, epistemological, teleological, archaeological, descriptive, interpretive, performative, normative, historical, cultural, psychological, appreciative, and metacritical. We'll return to these in a moment.

The discussions Macksey is referencing about what literature is and how to read it for all it's worth are not always polite discussions. Debates rage about whether we should study English literature in the traditional, formalist way, or if we should study texts more generally through the lens of cultural studies. Nasty things have been said to colleagues. Scathing things have been written in public newspapers. Emotions run high when people hold to a single way of reading a text. I would argue that whenever we hold ideologically to a single way of reading a text, we reduce its worth.

I interpret Macksey's thirteen critical approaches as a helpful way of categorizing the many modalities or aspects of a text. In order to get at the full breadth of a text, we shouldn't only ask about its cultural influence. We shouldn't only ask if we enjoyed it, or only discuss which is of a superior aesthetic quality. We shouldn't only ask what the author is intending to communicate. We shouldn't ask only how the story relates to our own lives. We should ask all those questions. Working through a text with each of these approaches provides a richer interpretation of a text than would be possible with only one approach. This richness is what I had a taste of in the workshop, but is also what I was not prepared for because I had so fully committed myself to one approach.

Let's look very quickly at just four of these aspects to help us understand how the different modalities add to the richness of the practice of reading and depend on one another for unearthing the full potential of literature:

My questions, as you can imagine, were squarely in the cultural mode. I wanted to know how that newspaper article represented a vulnerable population: asylum seekers. Without realizing it, I had reduced literature to a single aspect to a cultural object. I had lost the richness of what could be learned from the newspaper article if I were also to see it as functioning within these other modes.

In addition, I hadn't taken into account the way these different aspects are dependent on one another. For example, if people hadn't been trained in the descriptive mode of literature that is, they couldn't see or describe a character's development through a story they couldn't make the connection to understanding cultural representations of refugees in that particular narrative. Also, if people enjoy a text, they are so much more willing to spend time trying to understand it. And really importantly, I discovered that different texts had pedagogical potential for different audiences (which is the insight of the final aspect): for people who were already supportive of government-sponsored refugees but skeptical about asylum claimants crossing the border, the story of an asylum claimant was the best narrative to help them understand why it's necessary for some refugees to arrive at the border. For people who were unaware of what causes people to flee, showing a film that details the suffering of refugees was not such a bad text to study (despite my own resistance to the voyeurism it encouraged).

What is literature worth? Its economic worth is $20 at the bookstore. It is worth an author's life in some instances—a political and religious worth. I believe it is worth my academic energies because of its cultural influence. For my toddler , literature is worth a giggle, as entertainment and education. And literature is worthwhile as an object of art to be studied for its skill with language. In these ways and so many more, literature declares its worth as a part of God's creation: enriching, stimulating, entertaining, changing, moving, enlightening, and expanding readers. Reading literature for all it's worth requires listening to voices in schools of thought other than our own and intentionally broadening the kinds of questions we ask when we read a piece of literature. 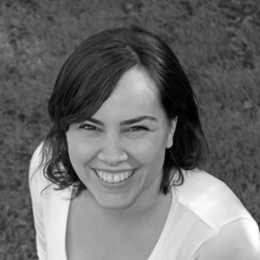 If cultural change is our goal, then overlapping networks and institutions are the keys. 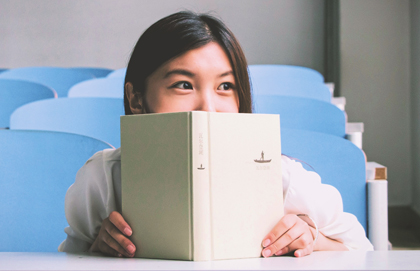 What's the Use of Stories That Aren't Even True?

Christians are not called primarily to rules or beliefs, but to a community of faith within a great narrative.