What is the relationship between confessional theology and public theology? That is, how does the confessional inform and influence the public? 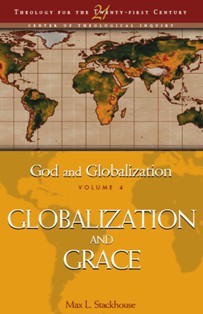 
A few months ago, the New York Times ran a headline article, "Stifled, Egypt's Young Turn to Islamic Fervor." The growth of fundamentalist religion, the article argues, is directly related to civil and economic prosperity of the state. The subtext was clear: people who live happy and productive lives don't need religion. As the tired old Marxian argument goes, religion is merely a crutch for those of us who can't quite seem to make it. If you can't afford video games, you go to afternoon prayer.

Those who have followed Max Stackhouse's God and Globalization series found the four-volume series a breath of fresh air in a stifling, secularist climate of international relations. Much to Stackhouse's credit, these volumes cover an area of global relations rarely given attention prior to September, 2001. The series straddles September 11th, and serves as both the context and beneficiary of some of the excellent work that followed. If you've waited the five years in anticipation of the fourth volume, you won't be disappointed.

Previous volumes in the series trace the application of public theology to phenomena commonly thought of as either facilitators, or significant recipients of the new patterns of globalization. This includes thinking on the family, war, global markets, media, ecology, technology, and more. While this conception of public theology suggests remarkable and provocative ideas, one major question remains unanswered in each of the volumes. What is the relationship between confessional theology and public theology? That is, how does the confessional inform and influence the public?

This final volume in the series, Globalization and Grace, addresses this question. In this monograph, Stackhouse offers an introductory approach to "public theology," and its history, meaning, and Christian content. In chapters three through five, Stackhouse draws out a robust confessional framework he intends to reflect the themes of creation, fall and redemption, though he labels these as creation, providence and salvation. He attempts to illustrate that within this Christian theology a broader, more inclusive engagement of first principles can be made at a global level. It is in the end goal of this public theology that I am most interested.

However, it is here that Stackhouse's straightforward theology begins to become unstable. How does public theology relate to globalization, and its constituent sub-disciplines such as economics, politics, law, and sociology? Stackhouse correctly assesses that globalization should not be confused or reduced to one of these elements. It is not the imperial march of neoliberal economics—the so called "Golden Arches" theory of globalization. Neither should it be confused with a kind of military project, as though boots on the ground in Iraq or Afghanistan were evidence of an aggressive global hegemon. But globalization at the least involves these constituent elements. The shortage of social scientists in the series, as previously noted in a review by Jonathan Chaplin, remains a serious challenge.

This shortage is significant because it leaves major forces of contemporary globalization unexamined. Of particular impetus is the uncritical manner in which Stackhouse seems to adopt the economic and cultural principles of Thomas Friedman, and a variety of other economic and political heavy weights. Included among the assessments that he accepts is that "globalization is not impoverishing the poor, but rather raising a new middle class" (27), and that "inequality has temporarily increased" (28). These are not settled questions, at least not for Joseph Stiglitz. Yet in later passages Stackhouse suggests that consumerism and materialism are exacerbating the gap between rich and poor. It is not entirely clear what Stackhouse believes the state of the global economy is and, further, what the responsibility of public theology might be to speak to that context. This economic ambiguity is characteristic of the relationship of Stackhouse's public theology to the disciplines of social science generally in this last book.

Finally, what exactly is the precise nature of globalization that Stackhouse is suggesting can be aided by public theology? To his credit, Stackhouse makes an effort to develop this, giving explicit answer in several places. He writes that globalization is:

a potential civilization shift that involves the growth of a worldwide infrastructure that bears the prospect of a new form of civil society, one that may well comprehend all previous national, ethnic, political economic or cultural contexts. It portends a cosmopolitan possibility that modernity promised, but could not deliver, and thus can be considered the most profound postmodernism (2).

Later, he writes these forces "are creating a worldwide civil society that stands beyond the capacity of the nation-state to control" (8). The attentive reader will find this idea of an emergent, global civil society to be heavily influenced by Hardt and Negri's Empire and their ironically more obscure sequel, The Multitudes. Public theology is the tool by which this more inclusive civil society might emerge, a requisite foundation prior to which this newly emergent organism may not flourish. Stackhouse suggests that such an inclusive civil society is a precursor to the New Jerusalem, and the final and complete inclusion of all humanity in a global order. But what, if anything, does this civil society look like in international relations, and how exactly should public theology aid this task?

Stackhouse answers what I believe is the most pressing question of the series: What is the relationship between confessional and public theology? However, I wonder if the series would have benefitted had this fourth and final volume come first rather than last. Taking the principles which Stackhouse develops from the creation-fall-redemption framework, and working them through the various elements of contemporary globalization, would surely have profited the series as a whole. Only after this kind of theological work can analysis truly begin, and only subsequently can a more broadly based account of the nature of globalization unfold. However, I appreciate the vital contribution Stackhouse makes in Globalization and Grace, and the fine theological tools he sets forth to aid those of us thinking about globalization and global order. It stands as an excellent example of how we can think of religion and the global order from a Christian perspective. This book is essential reading for those of us thinking, working, and living in a globalized world and its contributions easily outweigh any shortcomings. 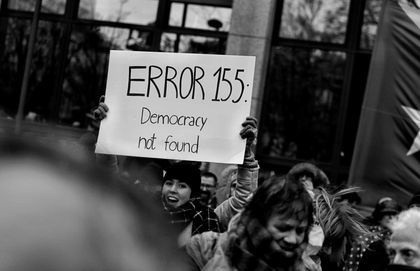 Why civil society is no substitute for a distinctively political education.