Here there be Dragons

Escapist? Hardly. Great fantasy is quite the opposite. 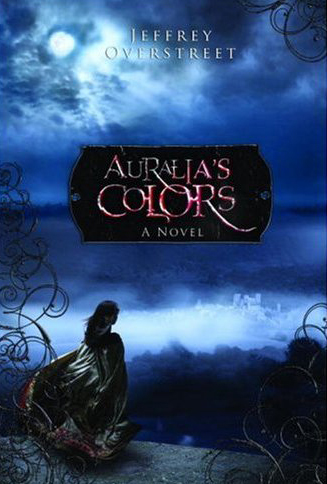 
After my day job, I am a broker for countless families and individuals who are often too ashamed to admit their love in public places. I'm their outlet, their hook-up.

I deal in fantasy novels.

It's a bit like being a Starbucks urbanite and confessing a love for country music—dark closets, skeletons, that kind of thing. Fantasy has a nasty tone to most people: escapist nonsense driven by baser instincts for violence, sex and medieval morality.

But fantasy is really just another way of telling a story. In fact, it's my favourite way to tell a story. Fantasy is stacked with adventures that narratively unsettle us. They are iconographic. A large and powerful world rushes at us, disorienting us from our usual understandings and meanings. Wonder, magic, strangeness, danger, and charm intermingle. The point, Ursula K. Le Guin would say, is that "you are not at home there." In the wilderness and in foreign lands we come to know parts of ourselves we might never have known otherwise. It is disarming, unsettling and—at times—terrifying.

Escapist? Hardly. Great fantasy is quite the opposite. It is a spiritual, perhaps Ignatian, exercise in narrative meditation.

It seems to me that the trick with excellent fantasy is to build a world that is more than the context for beloved characters. The world itself is a subtle character and parallels in important ways our experience; it is full of political and cultural commentary. The society is thick. Balancing this thickness without prostituting characters to score pet cultural points is not easy. Few authors manage it. The too-common tragedy in contemporary fantasy involves a thick political subtext which turns more on the author's partisan axe-grind than on letting good characters find their own battles. It's knife's-edge work to create masterful tales that take not only great skill, but quiet conviction.

This is what makes Jeffrey Overstreet great, and that is why his work is paralleled in review after review with the greats of the fantasy world.

What makes Overstreet's writing fresh is that each novel grapples with the piece of a larger cultural question which is, to this reader, unquestionably situated in post-Christendom America. The narrative coherence is probably the singular brilliance, as we encounter time and again in his characters deeply problematic questions that stay with us long after the novel is done, its plot resolved, and its characters finished for the day.

In his first novel, Auralia's Colors, Overstreet is clearly after a certain kind of repressive traditionalism and utilitarianism. The city of Abascar has had its colours stripped by a vindictive and centralizing monarchy, which demarcates rigid boundaries between those in the city and those penalized by being cast out as "Gatherers." The city of Abascar is (delightfully) undone by the playful aesthetics of the child Auralia who, quite literally, ends up wrecking the city's perceived grandeur and exposing truer bonds of solidarity. The message is childishly profound: abandoning the sublime to pursue the utilitarian ultimately degrades that very thing we seek. There is no short path to grandeur. Overstreet quotes C.S. Lewis in his own essay "The Eagles are Coming!" saying: "When I became a man, I put away childish things, including the fear of childishness and the desire to be very grown up."

The character of Auralia joins the ranks of Ged and Gandalf, Will Stanton and Albus Dumbledore. The great sadness of fantasy is when authors introduce a fantastic world of magic and grandeur only to parse it with all the rigor of modernity. One of the reasons Middle Earth, Earthsea, and Hogwarts are sites of humble, trembling exploration is that we don't really get how the magic works. Oh, Hermione Grangers learn spells and charms, but just like in Narnia, there is a deeper magic of which Lord Voldemort "knows not." We don't know all the rules. In Overstreet's Expanse children dream of the Keeper, a great dragon beast adults deny, but which (who?) makes enigmatic visitations. Auralia's colours, her strange mystical energies, transform and transfigure the world around her, but she doesn't know where the colours come from, or why others can't see them as she does. Her colours give hope to the destitute, health to the sick, life to the dying. The thrum of Overstreet's magic beats steadily in the Expanse, but I wonder at times if even he—for all his authorial credit—knows how all the magic works. I bet he doesn't. And that is the mark of fantastic fantasy.

Take book two, Cyndere's Midnight—a classic redemption story bursting with questions about the nature of evil. Is it something external that must be hunted down and destroyed, like the beastmen of the ruined house Cent Regus? Or is evil an addictive but foreign concoction for even the vilest creatures, including the beastmen, of the Expanse? This addiction, playfully named "Essence," is the centre of moving meditations on the nature of formation, addiction, and evil that emerge from Jordam, a beastman whose ruined nature is slowly redeemed by Auralia's colours. The whisper of Overstreet's conviction is undeniable: no redemption is too difficult, too impossible; it can be better. It is the pleading prayer of Cyndere, whose royal husband was brutally murdered by a beastman plot; it must be true, it must be possible, it cannot end like this.

But the reverse is also true: nothing is so great it cannot fall, so beautiful it cannot be ruined. In book three we read the narrative lament for mighty House of Bel Amica, its wealth and obsession with personal desire. This book strays into the polemical, its confrontation with libertarianism in particular paralleling the obsessive cancers of North American culture. House Abascar's fall feels peculiarly familiar, the crash of modernities' cult of efficiency resounding in the reader's ears, while in House Bel Amica we have the slow postmodern seduction of consumption, self interest and—one can almost hear the indictment—the pursuit of happiness. But all roads destined for exclusionary power and wealth lead to the same addictive and destructive magic.

The politics of Overstreet's world start to come into contrast at the end of book three. I, for one, hope that his next novels stay true to the magic and characters of the Expanse and steer clear of overt cultural polemics. The key in good fantasy, after all, is to leave clever bread crumbs for the reader, not assault them with an op-ed in any other form. When the polemical overtakes the imaginative the reader is in danger of rationally weighing the politics of the author, rather than being immersed in a story. This was the charge Alan Jacobs laid on Philip Pullman's His Dark Materials: a brilliant world undermined by an altogether unimaginative atheist polemic. The reader may not reach the same conclusion as the author, but then that's the danger in writing, isn't it? An author's work is never only his or her own.

Of course, it is a mundane thing to talk about stories like Overstreet's in a forum like this. It is a bit like hearing someone describe a Bach cantata and never singing the thing. It's almost sacrilege. Some things should not be parsed by academics, but encountered by people. Overstreet's novels are such things. This is prophetic fiction; stories within stories, which turn back upon the reader questions of enduring cultural weight. Abascar's fall, the redemption of Cent Regus and the slow seductive ruin of Bel Amica are narratives that underpin our cultural moment. Like in the fantasy greats, there are truths to be encountered, never totally attained, on every page—truths which shift and stretch, impossible to empirically pin, but equally so to deny. And this, as Ursula Le Guin would say, is as it should be. Truth, after all, is a matter of imagination. 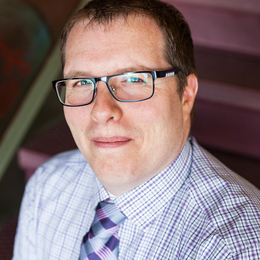