Horridly Pretentious: A Review of Prometheus

Ridley Scott doesn't answer the questions he asks in Prometheus because he has no answers. 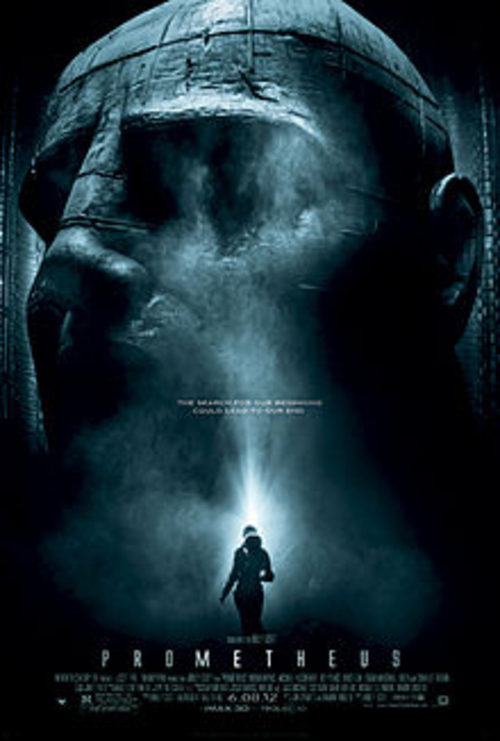 Imagine you awake one morning to find yourself trapped in a grade B horror movie. Realizing where you are is easy because all the classic signs are evident, from things that go bump in the night, to scantily clad young women pursued (and worse) by monsters, and lots of really dumb people—clueless in the face of obvious danger—who act as if they haven't the sense that God gave geese. Try as you will, you can't escape; it's not a nightmare that can be banished merely by waking up. How many times must you ask, "Who are we? What is our purpose?" before your cheap flick turns into something more?

Welcome to the universe of Prometheus.

There was a little girl,
Who had a little curl,
Right in the middle of her forehead.
When she was good,
She was very good, indeed,
But when she was bad, she was horrid.

Over the years his twenty-or-so feature films have ranged from the "very good, indeed"—Blade Runner (1982) and Gladiator (2000)—to the "horrid"—Kingdom of Heaven (2005) and Robin Hood (2010). His latest effort, Prometheus, alas, falls into the latter category. Indeed, it may rival Kingdom as his all-time worst.

In Prometheus, Scott revisits the universe he created in Alien (1979): it is a universe without God, without grace, and without hope. A universe, in Scott's opinion, not unlike our own. In his own words:

I do despair. That's a heavy word, but picking up a newspaper every day, how can you not despair at what's happening in the world, and how we're represented as human beings? The disappointments and corruption are dismaying at every level. And the biggest source of evil is of course religion.

He begins his film with a new spin on an old idea: directed panspermia, the notion that earth was deliberately seeded with life by intelligent beings from another planet. Francis Crick, one of the "discoverers" of DNA, was fond of this idea as was Stanley Kubrick who gave it screen time in his 2001: A Space Odyssey (1968). Scott's new spin is that aliens have done more than leave us their DNA: they have left maps, as it were, guiding us to where they came from. Most of the film is devoted to recounting an ill-fated expedition across the universe to meet our alien forefathers.

The crew of the spaceship Prometheus is a predictable assortment of token characters: Dr. Elizabeth Shaw (Noomi Rapace) is both the scientist and the person of faith; David (Michael Fassbender) is an android, a person humans have created to tend them and interact with them as they seek their creator; Peter Weyland (Guy Pearce) is the eccentric trillionaire who funded the expedition, hoping our alien ancestors might deliver him from death; Meredith Vickers (Charlize Theron), the captain of the ship, is eye candy. The main purpose of the many other crew members is to die, as violently and gruesomely as possible.

And die they do, one after the other, for the mystery of Prometheus is that our alien creators no longer like us. Indeed, they are intent upon killing not only the crew of the Prometheus, but all of humanity as well. The question of why exactly, having created us, they now want to kill us isn't clearly answered in the film, but we are given a few hints.

Remember Prometheus? Not the film now, but the Greek Titan? What most of us remember is his punishment by the gods for stealing fire and giving it to human beings: he was chained to a rock where each day an eagle came and ate his liver. A mural of this scene is at the heart of an alien structure humans discover early in the film. What we often forget is that in Greek mythology, he was also the creator of human beings. He not only made us, he was willing to sacrifice himself to enlighten us. Here's where the ideas behind the symbols in Prometheus become rather bizarre. What if an alien came back to earth, say around 2000 years ago, to check up on us and we did something horrible to him? Scott himself spelled it out (and ruined his sequel) in a recent interview:

. . . if you look at it as an "our children are misbehaving down there" scenario, there are moments where it looks like we've gone out of control, running around with armor and skirts, which of course would be the Roman Empire. And they were given a long run. A thousand years before their disintegration actually started to happen. And you can say, "Let's send down one more of our emissaries to see if he can stop it." Guess what? They crucified him.

Yes, you heard him right. At least in Scott's make-believe universe Jesus wasn't our creator, but rather an extraterrestrial errand boy.

But the actors in Prometheus don't ask "Why are our creators angry with us?" They ask, "Who are we? What is our purpose?" And despite the fact that his characters repeat the questions frequently, Scott apparently is more interested in irony than answers. This, according to screenwriter Damon Lindelhof, is by design.

I hope no one thinks we are overly pretentious. We set out to make something entertaining and thrilling to watch, not a band of people sitting around talking about the meaning of life.

It is, I suppose, a matter of opinion whether or not Scott and his crew achieved entertainment in Prometheus, but no one will accuse him of shedding any light on the meaning of life. Nor should we expect this of him, at least not according to the late Walker Percy.

Man knows he is something more than an organism in an environment, because for one thing he acts like anything but an organism in an environment. Yet he no longer has the means of understanding that the "something more" is a soul somehow locked in the organism like a ghost in a machine. What is he then? He has not the faintest idea. Entered as he is into a new age, he is like a child who sees everything in his new world, names everything, knows everything except himself.

"Why do you think your people made me?" David asked a Prometheus crewmember. The reply? "We made ya 'cause we could." To which he answered, "Can you imagine how disappointing it would be for you to hear the same thing from your creator?"

In Blade Runner, Scott did more than just imagine such a meeting. David's counterpart, Roy, an artificially assembled human or "replicant," confronts his maker, Dr. Eldon Tyrell, with a question: not "who am I?" nor "what is my purpose?" but "why can't I have more life?"

Tyrell: "You were made as well as we could make you."

Tyrell: "The light that burns twice as bright burns half as long. And you have burned so very, very brightly, Roy! Look at you. You're the prodigal son. You're quite a prize."

Roy:"Nothing the God of biomechanics wouldn't let you into heaven for."

Scott doesn't answer the questions he asks in Prometheus because he has no answers. His understanding of human nature is childish, indeed, but he is right about one thing: if our problems are primarily biomechanical, a matter of how we're put together, then his despair is appropriate. We die in the end and the dust of death is on everything now. But if our problem isn't who we are, but rather the "questionable things" we've done, then our situation is both tragic and hopeful: tragic in that its cure is still beyond us, but hopeful if its cure is not beyond our creator. 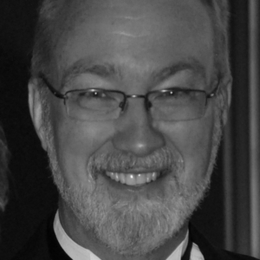 Greg Grooms and his wife Mary Jane are directors of Hill House, an old home across the street from the University of Texas at Austin, where they regularly welcome students and faculty to meals, to warm hospitality, to ask questions, and to seriously wrestle with the proposition that Jesus is actually Lord of all.

The Latest Outrage by the Ontario Human Rights Commission 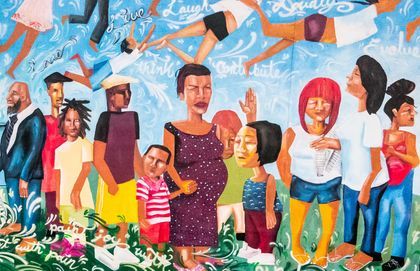