How Abraham Kuyper Saved My GPA (Or, Why College Ministries Need Kuyper)

When believers do not have a way to integrate their spiritual commitments into their everyday life, they experience their faith as reductive, compartmentalized, and inadequate—and this problem is particularly acute for college students.

I had a 2.9 GPA in high school. There was just something more important in my life than school. It wasn't sports or girls or popularity—things I had little success with. It was my church's youth group. As a recent convert and passionate young evangelical, I saw my high school classes in high school as a necessary inconvenience—something that, in my teenage imagination, was irrelevant to the things that really mattered.

My mindset began to change at the end of my third year. One of my older friends in our youth group, a friend I looked up to as a spiritual leader, showed enthusiasm not only for spiritual things, but also for school. This seemed odd to me. How could he so easily slip back and forth in conversation between his passion for school and his passion for Christ? The two areas were connected in his mind, and it puzzled me.

That fall, as I began my final year, this friend—now in his first year of college—invited me to cut school for the day and visit his secular university. I gladly accepted an excuse to skip a day of school. As he took me from class to class, he talked about how his faith influenced his approach to each subject. In retrospect, his ideas were somewhat inchoate, little more than a young man's stab at the connections between his faith and the various classes. But the idea that the Christian faith spoke to every area of life stuck with me.

This new perspective radically informed my final year of high school. My faith was no longer only calling me to be involved with my church—it also called me to engage the broader world. My evangelical convictions found a new impetus, and as I started connecting my faith to what I had previously assumed was irrelevant, my GPA went from a 2.9 to a 4.0. This new perspective was life-changing in more than one way!

I'm not sure which theological frameworks influenced my friend and, because we have lost touch, I probably never will. But I began to search for Christians who embodied this attitude well. That search eventually led me to Abraham Kuyper, a theologian whose research thrust him not only deep into the church, but also into the world of education, journalism, and politics.

Years later, in my thirties, I was beginning my fifth year as a pastor to collegians in sunny Southern California. Having pastored an entire class of students from their first year through graduation, I reflected one day on my first four years. Although I had many questions about what made for a thriving college ministry, the one thing that had become clear was that college ministry could not survive on slogans. Statistically, high school is where students find faith, and college is where they leave it. I had observed the perils collegians faced first hand; an increasingly complex world matched with a powerful assortment of temptations made it difficult for many to translate their evangelical faith into adulthood. Collegians needed a passionate theological vision that connected them with their complex worlds while calling them to also deeply connect with other believers. As I looked for resources to articulate this theological vision, I was once again led to the work of Abraham Kuyper.

My experience taught me that Christian believers need to have a theology that moves them into the world while strengthening the critical role the community of faith plays in their formation and development. Kuyper's theology does just that—it simultaneously propels believers out to the world and in to the church. It sustains the tension of engaging the world without becoming worldly. One can see this, specifically, throughout Kuyper's views of church and culture.

Kuyper believed the church was crucial, and claimed that the church's purity was the "primary problem of the day." He believed the church needed to have her own voice—to be a pure and holy people with a unique and special calling in the world. She must be true to her own vision and live with the necessary space and freedom to pursue her Lord. Kuyper's belief that the church was meant to be a well-defined body of disciplined commitment often led him to speak of the church as being called to demonstrate the radical difference that Christ brings. The church must always remember that she is a part of the new creation, the children of God, a regenerated humanity—she is to be marked by the invigorating power of Christ in a world filled with "the corrosive power of sin and death." It was this strong sense of antithesis—the church's calling to be different from the world—that drove Kuyper to found a free church (Gereformeerde kerk), a church that would avoid the compromises that Kuyper saw in the Netherlands' state church.

Yet this strong note of antithesis in Kuyper's theology of the church is matched with an equally strong call to engagement with culture, which is supported by his doctrine of common grace. Similar to John Calvin's affirmations of the breadth of God's work, Kuyper believed that, in spite of the powerful effects of sin, God is still graciously engaged with the broader world, gifting unredeemed humanity and gracing cultures with providential blessings. The church needs to get on board with what God is doing—and because God is already at work in the world, the church must also be at work in the broader world. Kuyper warned that a strong doctrine of the church, though necessary, can easily lead to "one-sidedness" if it neglects God's work in the broader world. In such a condition "all the remaining spheres of life fall . . . outside" and "scholarship becomes unholy; the development of art, trade, and business becomes unholy; unholy also the functions of government; in short, all that is not directly spiritual and aimed at the soul becomes unholy." In other words, neglecting the broader world leads to a lack of integration and an inability to see the relevance of our faith to our larger existence in the world.

Kuyper illustrates this problem by speaking of two circles that never meet. One circle is our personal spiritual world, filled with theological things like salvation and church. The other circle is the broader and life-encompassing world. When believers do not have a way to integrate their spiritual commitments into their everyday life, they experience their faith as reductive, compartmentalized, and inadequate.

This problem is particularly acute in college, when the complexity of the larger world multiplies almost daily. Unless students can see the significance of their faith in the world, their church circle becomes more and more cramped. They can no longer hear the life-giving power of the gospel that calls us to an integrated life—a life for Christ both within the local church and within the broader culture.

Kuyper's doctrine of culture works in tandem with his strong doctrine of the church, assuring that our lives are integrated, and enabling us to see the relevance of our faith to our larger existence in the world. Many are familiar with Kuyper's famous phrase: "There is not a square inch in the whole domain of our human existence over which Christ, who is Sovereign over all, does not cry: 'Mine!'" But we often miss the first half of this phrase, "no single piece of our mental world is to be hermetically sealed off from the rest . . . "

Abraham Kuyper was driven to engage all of his life as an integrated life for Christ, one that was deeply engaged in both church and culture. Collegians need this kind of example and spiritual charge, one that emboldens them in the face of an increasingly complex world to reveal how Christ is not only the Lord of the Church, but the world's true king, calling for their discipleship in every area of life. This will provide the two-pronged emphasis students need to transition their faith from the insular world of youth groups, to a robust, integrated, and passionate adult faith ready to engage Christ in every area of life.

And, as one might expect, it should raise a few grades along the way. 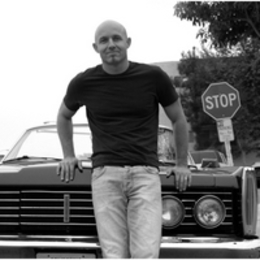 Rev. Bob Covolo lives in Long Beach, California with his wife and daughter. He is a third year Ph.D. student in theology and culture at Fuller Seminary researching the intersection of theology and fashion. His hobbies include surfing, minimalist gardening, and mid-century furniture. 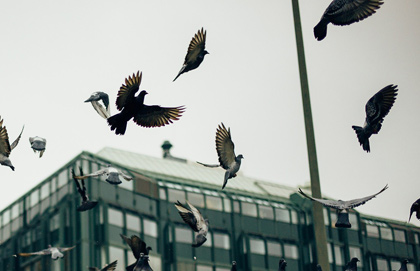 The Church Upward and Outward: Implications of the Ascension

Should our churches be pointed toward worship or mission?