How bribery corrupts our souls

There is only one remedy to shed the corruption of our souls.

In my twenty-four years working amongst international students at the University of Minnesota, their biggest complaint about their home societies is the prevalence of bribery—private gain at public expense, according to S.M. Lipset and G.S. Lenz, two scholars who study bribery across the globe. Actually, there is an enormous range of bribery, from very non-corrupt societies like Singapore and Denmark to the very corrupt like Sudan, Venezuela, or Afghanistan.

I've researched the causes, the cases and the policies that try to minimize or eradicate bribery. In some places, like China, corrupt officials lose their jobs. In other places, especially in African countries, corruption is often rewarded at every level, especially because of its close link in those places to tribalism. In places like southern Italy, it's linked instead to familism, which is where loyalty to family is greater than other loyalties, including loyalty to the rule of law.

Rather than offering another policy-oriented analysis of a problem that especially devastates the poor around the globe, I want to ask how bribery affects our humanity. How does it shape the essence of who we are, whether we are those who give bribes, those who take them, or those who are too poor or too honest to participate? How does it corrupt our souls?

In many situations, the exchange of goods may take place but not be bribery, because the exchange does not involve paying someone to break a law and is a legitimate part of a social system in which gifts are expected. Bernard Adeney has an excellent chapter on this in his book Strange Virtues (Intervarsity Press, 1995). But true bribery and corruption is clearly wrong, because it involves illegal acts that pervert justice.

If we were to talk about how corruption affects our societies, we could talk about how it reduces the motivation to work hard; how it betrays trust, which is the lubrication that makes a society function efficiently; and how it increases the overall prevalence of corruption. The result in our societies is tremendous economic loss.

But bribery and corruption, in fact, impacts the very core of who we are in at least four ways.


When one becomes a prisoner of what they formerly fought, they will tell stories to justify themselves, as he did, and I'm sure they will make themselves believe those stories.

As a prisoner, the bribe giver or taker will not only be taken by their own lies but will have an insatiable desire for more, because corruption breeds corruption. The 1990 Martin Scorsese film Goodfellas brilliantly exposes the lust for more that is fueled by corruption.

Quite clearly, we pay an enormous price in our souls, both as bribe givers and as bribe takers. I seriously doubt that any of us wants to pay this price. But how can we avoid it? Must we move to countries with low levels of corruption? It is very difficult to reduce corruption in societies—it costs in currency, but it also costs our humanity. Research published in the Journal of Public Ethics in 2000 shows that "policy decisions themselves have very little significant impact on corruption or else work painfully slowly." In other words, legislation against corruption has only a very limited effect.

What I can tell my international friends is that the corruption inside their souls, like that of those of us in countries with less corrupt systems, can be reduced. And I propose to them that reducing the corruption inside us depends upon receiving a gift from the God of the Bible, who, according to Deuteronomy 10:17, "is not partial and accepts no bribes."

Instead of taking bribes, the Bible teaches, God offers His life as a gift. He offered Himself in the person of Jesus Christ, who Christians understand to be God in flesh. He offered himself to be killed so that we could be saved. The Bible portrays this heroic act as a gift: "For the wages of sin is death, but the free gift of God is eternal life in Christ Jesus our Lord." (Roman 6:23)

Professor Noonan writes of the importance of the contrast between a bribe and a gift:

God's gift meets our deepest human needs, quite unlike, says Professor Noonan, "the nature of bribery, (which) is contrary to the nature of the human person in its full development."

The main effect of the gift that God makes of Himself is that he forgives us of the sin—the pervasively dishonest and selfish superstructure of our internal lives—that, in turn, breeds the caution, the shame, the calculation and the sense of internal imprisonment that is the result of bribery and corruption.

Shedding the corruption of the soul not only acts as a personal salve; it reduces society-wide corruption. Research shows that levels of corruption are negatively correlated with commitment to Christian faith. Bribery does corrupt our souls, but the gift of God, when received, offers a remedy that not only changes us, but can also change our societies for the better. 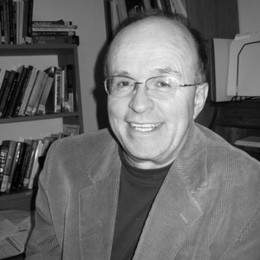 Robert Osburn is the founder and Executive Director of the Wilberforce Academy, a new organization whose mission is to train students to be redemptive change agents in their home societies. He also teaches two courses at the University of Minnesota.