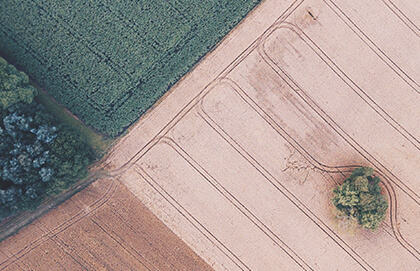 Minimalism is generally thought of as a lifestyle choice one makes, one that involves the shedding of superfluous material encumbrances, retaining only the essentials necessary to enable the pursuit of a simpler but more lasting happiness.

Henry David Thoreau, a passionate minimalist, wrote in his most well-known published work, Walden, “I went into the woods because I wished to live deliberately, to front only the essential facts of life.” This vision, played out in his exhortations like, “Our life is frittered away by detail. . . . Simplify, simplify,” has no doubt inspired many to seek out the simple life, to see if they could find out what it had to teach.

But in my situation, the choice was made for me. On vacation in Costa Rica in 2011, I was learning how to surf. A rogue wave caught my board, flipped it behind me, and caused it to connect with and break my neck, severely injuring my spinal cord at the C2 level. I was instantly transformed from being a healthy, active person to being (what was considered at the time) a complete quadriplegic with a prognosis of no possibility of movement or speech.

My transition to minimalism had begun. Throughout those first six critical months, I felt what I think of as a “blanket of grace” enveloping me, surrounding me with a warm sense of peace, and giving me no chance to become bitter. Instead, I quickly became accustomed to this radical change in my life, despite spending most of each day in bed in the intensive care unit on a ventilator.

One event occurred during this time that made this transition go more easily. It took the form of a dream in which I was hanging upside down, held by an unseen hand. The hand started shaking me, and I saw all my possessions, one by one, leave my body and fall into the pit. When I had nothing left, I heard a voice saying to me, “Bob, I’m not taking you home yet.”

The loss of my “stuff,” symbolic though it was, combined with what I was certain (and still am) was the voice of God, had a remarkably calming influence on me. I was at peace with the realization that I would be forever changed, bereft of not only material goods but also physical abilities to do almost anything. Leaving one life behind, having it replaced with one completely different, seemed perfectly natural to me.

By the end of the first year, my ability to speak had returned, and I was able to have limited movement in two of my limbs. Some people began to refer to me as “Miracle Bob” because of the remarkable progress I had made.

I soon learned to take pleasure in simple things, the other “stuff” I had tended to ignore previously:

Ah, the precious gift of time, which (for the minimalists among us) is not considered wasted when spent in fruitful contemplation and meditation.

My personal definition of minimalism would include having “just enough”:

During the last eight years, I have seen my life profoundly and divinely altered. I too now find myself confronting only the essential facts of life, but in a spiritual, not temporal way. I am now driven, like Paul in Acts 20:24, to “finish my course and the ministry that I received from the Lord Jesus, to testify to the gospel of the grace of God.”

Have I embraced my new life as a minimalist by design? No doubt, and the lasting happiness that I long for becomes a certainty, not an empty hope. 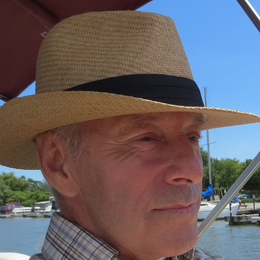 Bob Hamersma has spent his active physical working life as a professional horticulturist, employed in a technical capacity at a horticultural research facility, and owning and operating, with his family, a seasonal garden center.  Since 2011, he has been a wheelchair-bound quadriplegic, active in a different way, adjusting to an entirely new style of living and testifying to God's grace in his life when opportunities are given. 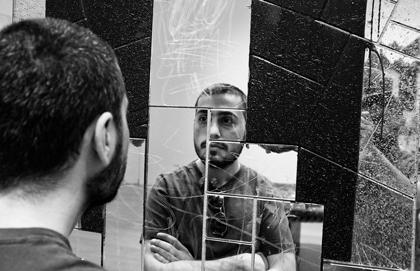 A Letter to my Daughter, Upon her Graduation from Christian School

A reminder that you are the masterwork of a majestic Creator