Sheep are made for flocking, and so are we.

Sheep graze at the edge of my imagination, like big fleecy bugs. They appear in my dreams, cookbooks, scripture and paintings—little metaphors of life. They are endearing and stupid. In another life I might have chosen to be a shepherdess, because caring for such creatures appeals to me, but it's more likely I would be cast as one of the sheep: straying, heedlessly eating too many oats, falling into the slightest depressions, vulnerable to predators.

Late one fall, when I was growing up, my stepfather added sheep to our northern Minnesota farm by acquiring two dozen ewes, all of them expecting lambs in the spring. One morning not long after they arrived, they were missing from the barnyard. After school that day, Dad sent my brother and I out on horseback to find them in the fading light. We did find them—in a far field, a tiny flock huddled against the black forest. Along the way we rode past two of them that had been killed and half-eaten by the timber wolf pack that ran in the wild parts of our county. When we tried to gently drive them back home, each time we approached the place where they'd been attacked, the memory of it panicked them and they ran a hundred miles in the opposite direction. Finally, it was too dark to see and being cold and hungry, we gave up.

For three days in a row, until nightfall, we tried and failed to bring them in. Each day more of them lay dead on the freezing ground, some apparently killed just for the sport of it. Maybe it was our own sad stupidity that eventually reduced their numbers to nine terrified ewes suffering from post-traumatic shock.

This past December an entire flock of them craftily materialized on our dining room table, where for three days they shed locks (the curly ends of fleece that need to be cut off or carded into submission before spinning) and stunk up the air with tags. (Tags are raw wool bits stuck together with dung. When dried, tags make a rattling sound on a live sheep as it runs away. Really.) Anita provided the wool from the stash she uses for her fiber arts, and we crafted small sheep—turning clothespins, glue, and googly eyes into a herd of crÃ¨che visitors. Marsena, our daughter, was attracted to the raw, black fleece. She took the smelly wool that left a dusting of dirt on the table and created an unruly bunch with dreadlocks and mischief in their eyes. We fell in love with all of them, including the imperious rams.

On a cold day before Christmas, an artist friend knocked at our door to drop off a packet of cards I'd requested that had been reproduced from a piece called Morning Provisions. It was a painting that featured a solitary, shaggy sheep eating in a misty pasture. "Here," she said, "I want you to have this, too," and handed me a framed, signed print of the same. I stood there just as you might imagine a sheep would—speechless, not knowing what to say.

Though the scene is pastoral, it evokes wistful images of those who eat alone whether by choice or not. It appealed to my heart—the necessity of finding nourishment whatever our circumstances. I thought of times when I've gladly sat at the table or stood at the counter by myself and savoured the peace of that moment with a steaming bowl of steel cut oats, sipping just-made coffee and thanking God for it.

But there are other times when the weight of being alone emphasizes our yearning for community. In real life, sheep are made for flocking, and so are we.

On many mornings of life I've eaten heart provisions from two impossibly great shepherds: David and Jesus. From Psalm 23 alone, the insights of David are inconceivable, paradoxical—that God prepares a table for me in enemy territory, inviting me to take some comfort and nourishment while he watches out for me. Where I live, by who knows what divine order, I don't worry about timber wolves or mortar attacks, but I have some enemies, most of them internal. So I listen to his poetry and eat what's good for my soul. As the greater shepherd, Jesus is both tender and fierce, calling to us, feeding, carrying us when necessary, but also driving us hard to places of grace, where with our sheepy little brains, we think we don't want to go.

With sheep, I also share a love of oats, and am happy when anyone joins me for my favourite breakfast: organic steel cut oats, a chewy, nutty cereal manufactured by cutting the oat groats into coarse pieces with a steel blade, a process that makes it more digestible for humans. You may know that the Irish, who are very clever with grains, are famous for steel cut oats. You can still buy the product in a tin from McCann's, but they are also widely available at natural food stores.

When cooked, this cereal is very different in texture from rolled oats, which some compare to, well, something you wouldn't want to eat—like pond scum, or worse. Steel cut oats do require longer cooking—after bringing to a boil the heat needs to be turned as low as possible so it barely simmers. Barely. Cover it with a lid and you can leave it for a while. Go take a shower, let the dog out. Refill the bird feeder. Check email. Make your bed. (Not that I do. My husband thoughtfully does that chore most every day, and before he returns from travels I must clear the remains of meals taken in bed, extra clothing, and a mountainous pile of books and magazines. He doesn't know this.)

Come back thirty minutes later (to the cereal) and the hard grains will have softened into a nutritious chewy porridge. The raisins will be plump and juicy, the apricots scattered throughout like buttery suns. Top it with a tiny sprinkle of brown sugar—it already has lots of natural sweetness—or a bit of maple syrup, a couple of pecans or walnuts, and milk, and it is ready to eat.

A bowl of this lovely self-care stays with you for hours, helping you face God's plan for the day which rarely includes the sensational, but is mostly found in being present in ordinary, everyday ways, like answering mail, researching a writing project, picking up dog-doo, emptying the trash. I hope it might even make you feel good enough to sing with Alexi Murdoch ". . . even breathing feels alright."

Place all in saucepan. Bring to a boil. Turn heat very low. Give a few stirs until it settles down. Cover. Leave for 25-35 minutes. Return. Stir. Add a tiny bit more water if too dry. Scrape into bowl. Add three broken walnut halves, honey and milk. Eat. 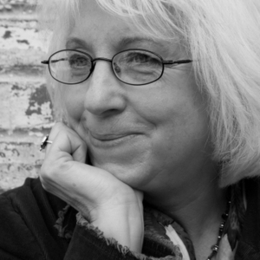 SweeTango me with Apples