Motorcycles, mini-vans and the meaning of life

One week to learn it all.

I recently saw the film One Week (2008). It's an interesting movie with a novel look on an old question: Why am I here? The twist in this film is that main character, Ben Tyler (Joshua Jackson), tries to find the answer in a spontaneous one-week motorcycle trip across Canada, a journey conceived and executed as a response to the recent terminal cancer diagnosis. I recently took my own "One Week" trip across the country, albeit in a minivan, and while I was not particularly looking for the meaning of life, many hours in a vehicle on long, straight roads tend to leave one musing about life's meaning and one's place in the universe.

Starting with Ben Tyler's quest, what possible comfort or delight can there be in such a humanistic, existential or theological voyage across our great nation? If you are a motorcycle rider, you know there is a certain delight in just getting on the road. But Ben's experience was one of transience; he had random conversations with strangers with no grounding anywhere or with anyone.

In some ways, life is just that: totally random and totally without meaning. That is what a Jean Paul Sartre, king of the existentialists, would say. So there might be a comfort, if not a delight even in the face of imminent death, in knowing that there is no meaning in this world. You just ride your motorcycle, you see a great country and then you die. But that is not the movie's message. Without giving away too much, our main character ultimately (that is, by the time he reaches the extreme west coast of Canada) finds meaning in believing in himself, in pursuing his dream of being a successful writer, in permitting himself to reignite his imagination after he has been put down by and beat into submission responding to the expectations of others. By these humanist standards, yes: Ben finds his life has meaning. The movie finishes with the unmistakable message that life does somehow have meaning even if it takes a motorcycle trip across Canada to peel off the layers of the cultural onion and get to the true essence of who one is and what one's purpose might be.

Reflecting on my Christian experience, One Week's overriding theme seemed to reflect with frightening accuracy my own pre-Christian walk. At that time of my life, meaning to my human experience was a matter of removing the numerous layers of societal expectations and habits that my surroundings were slowly smothering me with. I thought then as Ben did, that if I could spontaneously break out from my orbit I could find the real me and the meaning in life.

However, my Christian walk over the past 22 years tells me another story. Meaning in life comes neither from me nor from the society in which I live and work. And the occasional clean break from the responsibilities of life, a spontaneous week out of our routine, can have a way of bringing the question (what is the meaning of life?) and my answer now (God and family) into sharper focus.

Let me explain. I have just recently lived the central premise of One Week—twice, in fact. Take that epic journey across Canada for one week and, voilÃ , you will find the meaning of life. My trip in September of this year was not the result of being diagnosed with cancer, but it did come from another life changing event—the departure of our first-born to start university. He and I agreed to do the 5,000-kilometre odyssey from Ottawa to Vancouver. During the seven days, we talked; listened to each other's music; visited a couple of tourist sights; ate good food, not-so-good food and lots of junk food; and saw an amazing sunrise on the last morning that brought tears to my eyes. I found it—the meaning of life, that is—on that trip (not that I had lost it really, I had just forgotten to focus on it for awhile). The meaning of life is in being, not in doing. It was in being a dad to my son, in being an observer of the beauties of the natural world, in being a child of the Almighty Creator.

My trip back from the West Coast was as filled with meaning as my trip out there. I hop-scotched across the country, stopping every 500-600 kilometres to visit family and friends. I stayed overnight with my 90-year-old mother in Lloydminster. I had coffee with three old friends from high school who now live in Kelowna, Vermilion and Lloydminster. I had an early morning breakfast with my sister on her farm in rural Saskatchewan. I was fabulously dined and housed by friends from my university days who now find their meaning of life in the beauty of the Alberta Rockies or the Qu'Appelle Valley of the southern Prairies. My recurring theme of meaning was a tapestry of family and friends, threads of which came from each stop along my trip back towards Ottawa. While I had not seen some of these folks in years, we have a shared history that draws us together giving us all a sense of purpose, of meaning, of delight and contentment.

We all search for meaning in our lives. I am surprised that Ben Tyler in One Week was so satisfied with what he ultimately found meaningful. Clearly the movie makes certain that an eternal Creator contributes nothing to such meaning. Nor really does family. Meaning, for Ben, was linked to his self-awareness and ability to tear away the layers of cultural coatings that kept him from true understanding. But after one week on the road across this continent, I was ever more convinced that meaning is less about me, more about my family, my fellow sojourners on the planet and my Father, the eternal Creator to whom I can look to with assurance that He knows the ultimate meaning of life. He has known mine for some time now—My frame was not hidden from you when I was made in the secret place, when I was woven together in the depths of the earth, your eyes saw my unformed body. All the days ordained for me were written in your book before one of them came to be. (Psalm 139:15-16) 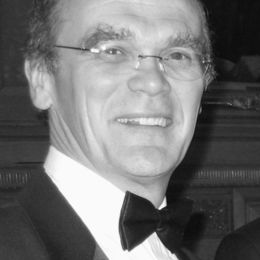 Donald Buckingham is a government lawyer, law professor and author. He is currently Legal Counsel with Agriculture and Agri-Food Canada in Ottawa. Passionate about the various aspects of agriculture and food since he was a child growing up on a Saskatchewan farm, Don has enjoyed academic, professional and personal visits around the world to teach, do research and of course, to eat. He is the co-author of Agriculure Law in Canada and is now penning Food Regulation and Law in Canada. Dr. Don lives in east Ottawa with his wife, two kids, a West Highland Terrier and one black cat. In his spare time, Don loves to cook and his next great adventure is to train to become a chef.