We are adrift in a sea of debt, and people and states are beginning to drown, showing again the dangers that debt-based financial systems pose to savers and taxpayers. The time is ripe for an incisive, systemic—Abraham Kuyper would say architectonic—reformation of global financial regimes, a reformation that Christians, in particular, should be championing. Scripture, particularly the Old Testament, arms us with alternative applications of principles. These can be extended into a relational critique of debt-based finance and let us propose practical personal, ecclesial, and public financial reforms.

We can start with the use of debt in the Old Testament, where we first learn that lending freely to those in need is an act of love and neighbourly kindness. Leviticus and Deuteronomy both promise blessing to those who freely lend. In fact, interest-free loans seem to be a central part of the OT welfare system. The repayment of debt was a serious obligation, and it was a duty of shalom to keep one's oaths and to honour repayment. Indeed, being in debt was tantamount to servitude itself. By entering into debt, the borrower was sacrificing his liberty to the lender, creating a bond—or entering into "bondage." A society that idolizes liberty while enslaving itself in personal and public debt is blind to the irony of its actions. God's ideal is that everyone made in His image would be free of obligation, in order to exercise genuine stewardship. This is the principle behind the Jubilee laws and the periodic cancellation of debts which combine to foster a true "ownership society" in which all had access to property and the means of production, debt-free, at least once during their adult lives.

This marks a significant change in attitude toward interest, equity, partnerships, and rent. Interest, for example, has been almost universally prohibited in Christian society for much of the Church's history, given its stark condemnation in the OT. Jesus himself, in the Parable of the Talents, characterizes the taking of interest from bank deposits as "reaping where one hasn't sown" (and, as such, inherently exploitative); it is what "hard" men do. By contrast, financial investments that explicitly share profit and loss through partnerships are encouraged.

The distinction here is in how risk is allocated. In a loan, ownership of the item lent and its obligations is transferred to the borrower, whereas in a profit-share partnership or rental contract, the ultimate risk remains with the original supplier. A return on financial investment is only justified if legal ownership is retained, with the concomitant risk of loss. In contrast to Marx's "labour theory of value," the OT distinction rests on a "risk and responsibility theory of capital"—financial investment must "earn" its return by directly bearing the risk of ownership.

Compare this to debt finance, which embodies the belief that future risk can both be assessed and priced. The lender knows the potential for default exists, but believes that the value of the security and the pooling of risk should ensure that the interest charged covers losses. This means debt finance works well when all is calm, but its inherent fragility becomes obvious when crisis strikes—as it inevitably does. A debt system amplifies crises and their costs.

While debt finance often boasts relational simplicity (for example, between the borrower and the lender), 2007 proved this is less than a half-truth of how the system really works. Debt-based systems and the banks that facilitate them only survive by passing costs onto ill-informed or powerless third parties. These may be creditors in bankruptcy; taxpayers, through subsidizing corporate indebtedness; taxpayers (again), bailing out and subsidizing banks and other borrowers that are "too big to fail"; taxpayers (once more), bailing out whole countries threatening default; savers required to accept low, if not negative, rates of return to bail out borrowers further; future generations of taxpayers who are grossly indebted without a say in the matter; and holders of currency who see central banks cranking the printing press to prevent their holdings from actually gaining in real value, all to stop the house of debt from collapsing.

This gets to the heart of the case. The Bible may consistently condemn taking interest on a loan, but ultimately it does not give a reason for its prohibition. Economically speaking, we might say it does so for sound reasons. By severing the relationship between lender and borrower, the debt-based system economizes on costs in the short term by passing future costs onto third parties. Its very survival depends on it. If, instead, we arranged finance on a contingent (equity) or real-asset (rental) basis, the capital could absorb fluctuations in the profits and prices without doing wider damage. There would still be economic cycles, no doubt, but these would not be amplified by the debt cycle, and the system could survive with long run price stability.

Let me suggest some ways to apply this analysis. At a personal level, clearly the ideal is to be debt-free. If you are buying a home, find a way to avoid a mortgage or to minimize its size. Invest locally, with concern for the long-term viability of our immediate economy. Worry less about immediate return, and more about the why of your investment, its relationships, and your place in them.

Churches clearly need to lead by example, raising interest-free loan funds in addition to providing grants to those in need. Longer-term savings held by the church should be held principally in property or equity, with close knowledge of the economic ends to which those resources are put. In North American churches, debt counselling should become a serious and committed concern.

Publically, we must work to dampen the debt cycle in heavily leveraged sectors (principally commercial property) by eliminating the tax subsidy for debt, which would put a break on the growth in size of companies and eliminate much of the business model of the private equity industry. Banking reform has been moving in the right direction. Banks must be simple enough to be capable of swift sale or closure; larger institutions should be forcibly broken up or penalized so heavily for their size that they voluntarily shrink. Any for-profit institution that is "too big to fail" is "too big to exist," and is a cancer eating away at the moral basis of the market system. We need to develop non-debt forms of house finances (notably lease-to-buy) through removing any remaining tax subsidies on mortgages (as in the U.S.). And governments must commit inter-generationally, by constitution or legislation, to a falling debt-to-GDP ratio, with independent monitoring and accountability.

God intends for those made in his image to enjoy freedom and stewardship. Instead, we indebt ourselves and others, inverting our moral and common sensibilities in the process and repeating the same mistakes time and again. But God's intention was not only to show us how to achieve financial liberation. Rather, His ultimate purpose was to embody the gospel principle of debts forgiven and debt-slaves redeemed. Christ cancelled our debt on the Cross. Christians should seek a debt-free future for ourselves, our churches, and our society—to point to the reality of the truly debt-cancelled life.

Editor's note: In the wake of the financial crisis, economist Paul Mills is writing the next Cambridge Paper (to be published by the U.K.-based Jubilee Centre) on a "Biblical alternative" to our debt-based financial system. Comment received permission to prepare and publish a summary of "Our Financial Malaise: A Biblical Alternative," which will be released in March 2011. 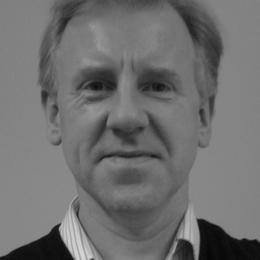 Paul Mills started taking the Bible seriously about money, debt and interest in the late 1980s. This eventually which resulted in probably the most eclectic doctoral thesis the economics faculty at Cambridge has ever passed—ranging from Old Testament exegesis, Aristotle, Thomas Aquinas and Reformation thinking, 16th-century English drama, Smith, Marx, Keynes, the Qur'an and Islamic banking, to debt deflation and radical monetary and financial theory. He is proud to note, however, that it contained only two short equations.

A Vision for a Different Economic System