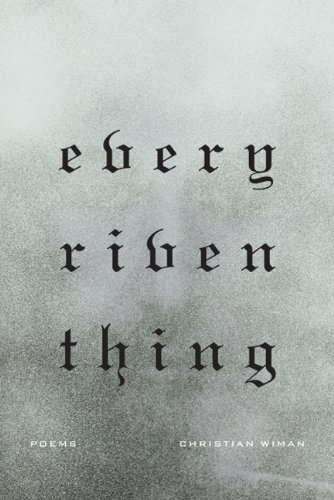 
A poem is like a rosebud, like Russian nesting dolls, like anything small and compact that contains multitudes. Or like one of those plastic capsules that, dropped into bathwater, dissolves to produce a large foam dinosaur. Poems are deceptively expansive.
—Dyana Herron, Image Journal

But you know, I also want to write something that helps people.
—Christian Wiman

I know the importance of words. I have read Marilyn Chandler McIntyre, whose beautiful book, Caring for Words in a Culture of Lies, has quietly branded my brain: "Words are entrusted to us as equipment for our life together, to help us survive, guide, and nourish one another." I make my students read poetry because I believe that poetry has the power to sharpen both mind and heart, that it is necessary for the growth of virtue, humility, prayer, and wonder.

As a beginning teacher of poetry, I often find myself on the defensive when it comes to reading poetry with my students. I assume that they will not like it; I assume that I will hear many cries of "I don't get it," or "This is just too hard to understand."

In reading Christian Wiman's newest book of poetry, Every Riven Thing, my insecurities as a reader were exposed in a way that I had never seen. Wiman is the author of the collections The Long Home and Hard Night, and a collection of essays called Ambition and Survival: Becoming a Poet. Wiman is also the editor of Poetry, and it has been his public aim to counteract the reactions of readers like me, who find themselves unsure about contemporary poetry's movements and meanings.

And though I am unsure, I still have faith; I think you should go read this book, right now, and throw yourself into its brutal, beautiful simplicity. I think that you will find multitudes. And I think that, no matter what kind of reader you are, Wiman's work will certainly sharpen you, bend you down to pray, and wonder.

The New York Times Book Review wrote that Wiman had "a blazing high style," and they were not kidding: Wiman is a master of both the abstract and the particular, ripping syllables across the page with an abandon that could only come from a careful, life-long attention to form. A first read rendered me, and my students, speechless:

A good landscape for grief
Has no hill higher than a furrow,
A few gouty cacti,
Perhaps a withered tree or two
If only to remind you
Of what's missing.
—"A Good Landscape for Grief"

Much has been made of the personal circumstances that surround this collection of poems. Wiman was diagnosed with an incurable blood cancer in 2007, and the poems in Every Riven Thing depict a struggle with grief, despair, and doubt that is both frightening and magnetic: you do not want to touch the pain that Wiman describes, but you cannot pull back your hand, your eye, from the page. Indeed, the pain that Wiman names is something that scalds beyond the ability to feel; it is a physical, and thus spiritual, numbness:

There are keener griefs than God.
They come quietly, and in plain daylight,
Leaving us with nothing, and the means to feel it.
—"This Mind of Dying"

To name God as a grief is an action that echoes Donne and Hopkins, whose "dark sonnets" are heard here so clearly: And my lament / Is cries countless, cries like dead letters sent / To dearest him that lives alas! away.

Wiman is confessional in the sense that these poems feel like his own, particularly fitted to the conditions we (with reason) associate with his life. But there is more in these poems than a simple "I." There is more to these poems than Wiman, or pain itself, described in such clear, haunting detail. The landscape of these poems goes beyond a individual lament: it expands to naming our public illnesses, the national "diseases" of isolation, greed, and consumption:

We vacuumed fat. We erected glitter.
We invented memory and made of it
A Web, a Predator, an Avatar.
—"Country in Search of a Symbol"

But Wiman does not simply use his experience as an image for social concern. Other characters come into these poems: old men in nursing homes, town locals at the diner, the junk mechanic in the poem "Five Houses Down," whose jam jar of rye liquor glows like an "ancient light" in the sunset garage. These characters are from Wiman's childhood memories, but they carry a fragility that makes the poems feel light, transparent, as if Wiman himself is watching the poems unfold with us. In Every Riven Thing, the poems are not spoken to us from the authorial position of the poet's individual, all-consuming voice. There is the sense that Wiman's voice is fully present in these poems, but also hesitant, as if the stories and sensations issue from his memory, but also belong to themselves, and Wiman approaches them with a hesitancy and a delicacy that, I think, is fair to call reverence.

The poem "Late Fragments" is punctuated with this hesitancy:

And that is the pulse of this collection, these poems that keep burning themselves into me, their lines etched onto my students' journals: My silences were not always mine; he was every kind of crying / but the crying you can see; God goes belonging to every riven thing he's made. Wiman said that these poems surprised him, that their musicality and their form gave them a presence outside himself, his grief, his pain:

"Readers might be surprised to learn how far from the actual truth some of them actually are. I think your fidelity is to the poem itself, and to the music that the poem makes. At the same time, that music is attached to the world in some fundamental way, and I'm always a little confused as to where exactly that line is between personal experience and the experience of the poem." —PBS Newshour

When I read Every Riven Thing with my students, we kept asking ourselves: is it fair to sum up a poem's meaning by our slight knowledge of the poet's life? Does Wiman's illness, or any other part of a writer's life, serve as a key to unlocking the poem's potential? What is that connection between our life and the life of the poem? I have the sense that looking for a key to unlock experience, or form, was not Wiman's intent, he being a far better reader of life and words than I am. And the way that I read has been shaped by the cultural forces that I depend on, unwillingly, on a daily basis: I ask questions about keys and summation because I am a modernist, and I fear those questions because I am also postmodern. My insecurities as a reader name my place in the world, and at this point, the only guess of an answer I have is to trust Wiman:

"I have no illusions about adding to sophisticated theological thinking. But I think there are a ton of people out there who are what you might call unbelieving believers, people whose consciousness is completely modern and yet who have this strong spiritual hunger in them. I would like to say something helpful to those people." —Bookslut

And what is helpful is this: Wiman's poetry adds to poetry's larger cultural, public, and personal aims, to develop habits of virtue, to help us survive. Praise to the light that is not yet, he writes in the collection's best poem, "2047 Grace Street," the dawn in which one bird believes . . . Wiman's poems speak of a survival, and a hope, that is neither bleak nor sentimental, but real and good and true. Praise to that, and to Wiman's reverence, which only has the power to assist our own. 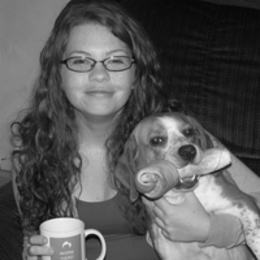 Allison Backous Troy lives with her husband in Laramie, Wyoming. She is currently in the throes of the first draft of her own memoir.

Bloody Incarnations: A Review of Samuel Martin's This Ramshackle Tabernacle

Borrow and buy, hold and ponder