The occasion is "Heaven in a Nightclub," a soulful journey into the despair and hope found in the African American experience with first-class music and history telling.

It reads like a played-out joke: a Gospel singer, an apologetics professor, an old school sax player and a Grammy winning bassist walk into a nightclub . . .

The occasion is "Heaven in a Nightclub," a soulful journey into the despair and hope found in the African American experience with first-class music and history telling. Four jazz/Gospel musicians, including bass virtuoso John Patitucci, collaborated to benefit Chesterton House, a center for Christian studies at Cornell University. A night of stunningly good and heartfelt music ensued, recorded and released on a two-disc offering.

The album itself plays like a narrative—the music chronicles the suffering, faith and hope of American slaves. The set spans jazz, ragtime, blues, spirituals and Gospel genres, all performed by four musicians who sounded tight enough to have been playing together for years: John Patitucci on double bass, Ruth Naomi Floyd on vocals, Joe Salzano on sax and Professor William Edgar on piano and as historical narrator.

As Edgar points out, the Negro spirituals were born out of the American slaves' faith in and identification with Biblical figures. The spirituals blended African rhythms with melodies and Christian preaching. "Heaven in a Nightclub" is Edgar's brainchild, and he presents a well-informed history of African American music, including the rise of jazz—but the performance makes no secret of his talent for jamming on the keys!

World-renowned bass player and composer John Patitucci, a two-time Grammy winner, needed no introduction. He did not disappoint, wasting no time in showing some frantic finger work on the upright. Man, this guy was on fire! Listen as he ranges from smooth twanging to a controlled uproar on the traditional, "Jesus Is On the Mainline." If John the Baptist was saying Jesus is due on the next train while living rustically and quoting Old Testament prophets, then Patitucci is saying the same while performing hammer-ons and some funky string thumping—this was heavy stuff. What's more impressive on the album is his on-stage rapport with the other three. Listen as he feeds the energy for Floyd's vocals with a pulsating rumble on "Motherless Child," or as he and Salzano alternate powerful solos on "Renewal."

Salzano, a sax player of the old school Rochester jazz scene adds a lot of color to the ensemble. He can really wail on the horn, and seemed to be right at home trading off mean solos with Patitucci and Edgar.

Floyd, not by mistake, flat-out stole the show. Her sound and range are incredible; there was no better embodiment of the night's narrative than in the sorrow and overflowing joy in her voice. The "Motherless Child" performance will go down as one of the rare, hidden gems in modern Negro spiritual recordings. After much applause, the group played two encore songs, both of which heavily featured Floyd's Gospel roots, and included "Wade in the Water"—a song used as code in the Underground Railroad which Edgar alluded to earlier in the performance.

While many fundraisers leave attendees full of cocktails and finger foods but devoid of intellectual or spiritual nourishment, the recording of this night is a bona fide contribution to African American music and, as the night's emcee Andy Crouch pointed out, is a presentation of what the Chesterton House ministry is about—exploring the richness of Christian history and encouraging dynamic cultural creation.

The album can be bought at cdbaby.com/cd/williamedgar. The first two minutes of each track can also be previewed at that link. All proceeds go to support Chesterton House.

Due to popular demand, Edgar, Floyd and saxophonist Adaryll Jordan have since played at the Jubilee conference and have taken the "Heaven in a Nighclub" show across the pond to Europe. Edgar observed that the concept was at home on the Continent, saying that "Gospel-Jazz is very popular in so many countries, perhaps because of the commonality in the suffering of its people and the theme of suffering in the music." The show was well-received, and the trio played to many sold-out crowds in venues spanning four countries—England, Ireland, Hungary and the Czech Republic. "These two audiences [in Budapest and Prague] really identified with the blues," noted Floyd. "The African American Spirituals speak to the enslaved African's quest for dignity and freedom, while the blues speak to the lament of the heavy burden of the so-called new found Â´freedom.'" 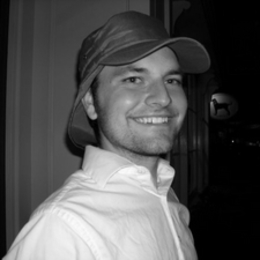 You really have to love music a lot to do it full time.