Signs of hope in film and television

The church hasn't quite figured out what to make of Hollywood, have we? We decry the dark side of entertainment: the explicit sexuality and violence, the crass humor, the dehumanizing fascination with idealized celebrities whose fame eats them from the inside. We talk somewhat smugly about "killing" our TVs and avoiding movies. Yet we consume media at almost the same rates as our non-believing neighbors. As a television critic, I see this divide nearly every time I tell a Christian my vocation. I almost always hear: "How can you stand to watch that filth on TV?" or "What do you think of (insert The Office or 24 or some other favorite show)?" Oddly enough, I often hear both from the same person in the same conversation.

In my mind, the key question is not "Should we consume media?" That ship has pulled in the gangplank, left port, and set out to sea. Furthermore, I find value in being engaged in the culture in which we sojourn. Once, people flocked to see paintings by Michelangelo or the Dutch Masters, to hear music by Handel or Mozart, or to watch Shakespeare's plays. These elements of imagery, music, writing, and acting combine to make film the dominate art form of our time. The defining masterpieces of this era, I am convinced, will appear on a screen.

Instead, I ask, "How can we find signs of life in media?" Some people use the power of film, to be sure, to appeal to our basest tendencies. And yet, there is hope.

The best filmmakers, whether people of faith or not, use film to explore important questions: What does it means to be human? Does God exist and what is His nature? Is it possible to find justice or love in a broken world? Spiderman III, besides being "a rockin' good story," explored both evil and redemption. Romantic comedies echo the love we lost in the Garden of Eden. Murder mysteries reflect justice, the order that God wove into His creation of the world, and the very biblical ethic that "someone needs to set this wrong right." Despite its foul-mouthed crudity, Knocked Up zeroed in on the beauty and blessing of the birth of a single, unexpected child. The stories that most connect with audiences often ask big questions. These fall under common grace, and that's a sign of hope.

God has not forgotten Hollywood

Beyond common grace, there's a sort of thawing of the relationship between people of faith and Hollywood. Although Christian culture has until recently viewed an interest in pursing a career in entertainment as frivolous at best and idolatrous at worst, God has not forgotten Hollywood. Believers working in entertainment often express a sense of being created to work as an actor, writer, or producer. People like Dan Ewald, a pastor's kid who found his passion creating shows to air on public access TV in Grand Rapids, Michigan. He used what was available to him: a troop of puppets that were knocking around his father's church. There was no doubt in his mind that he was intended to work in TV writing and production. "I always knew I would go to Hollywood," he said. He now lives in Los Angeles, where he writes comedy and hopes to one day sell a sitcom.

God also worked in the life of Patricia Heaton, star of Everybody Loves Raymond and a new sitcom with Kelsey Grammar called Back to You. Patricia recounted her story for me when we sat down in the lounge at the Beverly Hilton in July. Even as a child, she was drawn to the stage and grew up to study theatre in New York. Now a successful actor, a deep-thinking Christian, and a pro-life activist, Patricia discussed how, as a young actress failing to find work, she travelled to Mexico on a church mission trip. There, she found a first glimmer of a calling that might replace her passion for acting. She submitted her desire to act to God, telling Him that if acting were not in His plan, she could accept His will. When she returned home, a job opened up and she's been working ever since, winning two Emmys for her portrayal of Raymond's Debra. "I've always been an actor," she said, "That's how God made me." Still, for her, it was important that she submit her desire to God's will.

These workers in The Industry say they haven't gotten much "push-back" for being a person of faith. If you are talented, hard working, and professional, Hollywood doesn't much care if you are a Christian. People who come to The Industry with a willingness to learn, an expectation of hard work, and a long-range outlook, not to mention talent, have as much opportunity as everyone else.

Hollywood is also discovering people of faith as a market to exploit, if nothing else. After the financial success of Mel Gibson's The Passion of the Christ, "Christian" movie production houses have sprung up, such as FoxFaith. People in The Industry have mixed feelings about such ventures. On one hand, it's a sign of respect for people of faith. On the other, we risk becoming marginalized and culturally ghettoized. When in doubt, analyze the money. FoxFaith generally spends under five million dollars on a movie while most feature films cost $75 million to $200 million. The lack of quality writers, actors, and crew often shows. I worry that in the film world "Christian" will come to mean "inferior." More exciting are mainstream movies with Christian worldviews, such as Walden Media's adaptation of The Lion, the Witch and the Wardrobe. The next in the Narnia series, Prince Caspian, is due for release in May 2008. Walden also produced Amazing Grace, the story of William Wilberforce's faith-inspired battle against the slave trade in 18th century England. These movies are signs of hope because they assume that the themes and values important to people of faith have a wide appeal. The profits on the films have proven them right.

Most interesting of all, Hollywood is discovering people of faith as sources of conflict. It seems that you can only get so many storylines about unprincipled, agnostic secularists. Conflict requires someone to take a stand. When no one is willing to draw a line in the sand, conflict turns into angst, as in Zach Braff's The Last Kiss. Last season saw a Christian character on Studio 60 on the Sunset Strip, an appealing woman whose faith kept butting up against the topsy-turvy world around her. Unfortunately, she was the only appealing thing about the show which toppled under its own ponderousness and self-importance. TNT has introduced Saving Grace, a show about an erring woman confronted by the reality of God. ER has a Christian character, The Office has Angela, LOST had Mr. Echo, and there's always Flanders on The Simpsons. Friday Night Lights, an ensemble show revolving around high school football in Texas, in itself practically a religion, unfolds against a backdrop of reserved, rich, white churches and passionate black churches in Texas. One storyline followed player Smash's use of expensive and illegal steroids. His lie to his mother, saying he needed money for SAT classes, led to a sacrificial special offering from his vibrant, but poor, church. The church's abundant goodness tortured his soul. The series will only increase the faith-based storylines. The producers announced that this season, a character will "find religion." Characters who are people of faith, and not bigots, jerks, or angels, but as real, complex people are a sign of hope.

Faith is interesting, but not in a halo-around-the-head kind of way, or a caricature of a smug idiot or a pretentious hypocrite. Swimming upstream in a world of self-serving nihilists is great conflict. Finding darkness in your own soul, after thinking that years on the church pew inoculated you from it, is good character development. Being ashamed of your actions (what we used to call sins) and seeking redemption makes a remarkable story. We should readily recognize such story threads, since these elements inhabit the epic narratives of the Bible.

In addition, there are works that, while not explicitly Christian, have more Christian themes than some sermons. Earl of My Name is Earl works to atone for his misdeeds. Nathan and Peter of Heroes, like superheroes before them, reflect Christ by laying down their lives to save others. Mr. Bennet reflects sacrificial love as well in his unyielding protection of his daughter. Even Harry Potter fights evil.

The best hope is in the nature of Hollywood itself. While the people may have leftward leanings, the business model couldn't be more capitalist. If something makes money, it is continued and duplicated. If it doesn't, it quietly goes the way of Stardust. Sure, that means that movies like Santa Clause III or Jackass Number Two get made every few years. And we'll never run out of slasher flicks. However, another result is that studios are always looking for the next The Pursuit of Happyness, Akeelah and the Bee, or Walk the Line. It means that people with compelling stories to tell, and the ability to tell them well, can march into the fray and make their voices heard.

Finally, if we're looking for hope, we need look no further than a new fall TV show called Viva Laughlin. Devoid of compelling characters, without drama, and apparently written by a roomful of monkeys, it perpetrates an outrage on the audience; without warning, the actors maliciously burst into ghastly covers of Elvis songs. It's so bad it's nearly good. But not quite. The fact that someone wrote this pilot, someone produced it, actors (whom we will not name as they are witnesses) signed onto it, and a network executive greenlighted it, is cause for hope. If this is the best they could find to put on the air, it demonstrates that all these high-paid Hollywood insiders don't quite have America figured out, and there's room for the rest of us. 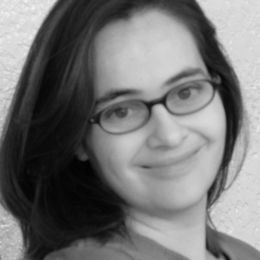 Rebecca Cusey writes about popular culture, seeking the good, the Yes and the beautiful. Sometimes she settles for a good laugh. She lives in Washington, DC with her husband and three children. 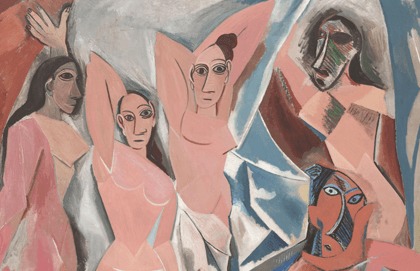 Sometimes the best artistic innovation is simply what composers call "theme and variation."