The Absurdity of Reconciliation

Religion is key in the work of reconciliation precisely because when it comes to the ineffable absurdity of "why," the state, like the three friends of Job, is better suited to silence. 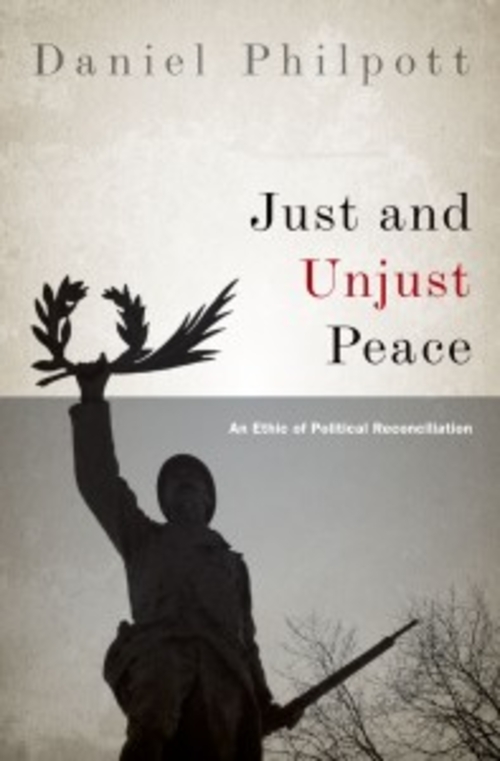 In landscapes of past political injustice—piled and strewn with bones, rubble, and manifold wounds, emanating hatred, lamentation, revenge, resentment, and despair—what is the meaning of justice?
—Daniel Philpott, Just and Unjust Peace

Personally, I find the question "why" absurd, and often annoying. For some, there are moments—doing laundry, answering email, making lunch—when a torrent of "whys" tumbles from a terrible two running underfoot. Answering all those "whys" indefinitely is absurd, and certainly precludes finishing the laundry. So you push it aside. "God made it that way. Go play outside." But the absurd question "why" recurs long after our own twos; it haunts us. There it is, whispered over caskets, after fire, accident, storm, and war. The NIV translates it as meaninglessness in Ecclesiastes, though a few scholars say absurdity could fit neatly in place. Absurdity of absurdities! All is absurd, says the Teacher.

Just and Unjust Peace touches the absurd. First it tells the story of terrible injustice, of Adolf Hitler, Pol Pot, Saddam Hussein, and Joseph Stalin, and then has the audacity to talk about justice. The true absurdity? Philpott's answer is that in the wake of death and devastation, the meaning of justice is reconciliation. How in God's name—in God's name—can reconciliation be a category of justice after atrocity?

Pointedly, it is God's name that Daniel Philpott invokes. The politics of atrocity demand we reach beyond consensus to justification, doing what Jacques Maritain warned against after he helped negotiate the Universal Declaration of Human Rights: asking why.

Reconciliation, Philpott argues, is a fundamental category of justice. He defines justice as the restoration of right relationship. This is a different characterization than justice as receiving one's due, or even simply establishing the rule of law; these are certainly part of right relationship, but not the whole. Such an expansive category might trouble the emerging, if somewhat bizarre, theo-political alliance between Anabaptist theologians and political conservatives: Is not the work of restoring right relationships the work of the Church, of Christians, or finally of the return of Christ? Would not such a definition of justice, which is traditionally the work of politics, expand the soteriology of the state to unimaginably paternalistic heights?

But Philpott is very careful to respond to potential critics. First, his chapters cover the Jewish, Christian, and Islamic tradition for the roots of reconciliation. He finds within them an overlapping consensus, which he also parallels with what he calls the secular liberal tradition of restorative justice. Second, he does not invest in the state the powers of absolution, but rather the powers of facilitation, of adjudication of laws, both natural and otherwise, which rule the behaviour of human persons. The most powerful stories he shares are of the state as facilitator, not as directed actor. Of the six practices of reconciliation he identifies—building socially just institutions, acknowledgement, reparations, punishment, apology, and forgiveness—the key actors are individuals and communities. In the rare instances in which states have apologized, or even more rarely granted forgiveness, Philpott carefully covers the controversy on whether states are even capable or competent to perform such acts.

Most of Philpott's book is not in fact spent on a theory of the state in reconciliation, but rather on the critical need for religious communities and religious language in the work of reconciliation. Religion is key in the work of reconciliation precisely because when it comes to the ineffable absurdity of "why," the state, like the three friends of Job, is better suited to silence. The liberal peace has no vernacular for forgiveness, no liturgy beyond self-interested restitution that restores. It sustains the scales of justice, but it cannot upend them.

Somewhere along the way Philpott somewhat slyly makes an argument for the reconstitution of secular politics. If reconciliation is a true category of justice—restoring right relationships—and the liberal state lacks the vocabulary for that work, then we must defer to the communities that do. We must go deep into ethical, moral, and religious conversations with thorough concepts for right and wrong. He calls this rooted reason, a term which seems to borrow some of its philosophical heft from Alasdair MacIntyre, the goal of which is an overlapping consensus. Unlike John Rawls's overlapping consensus, that of rooted reason is not attained through restrictions on reasoning, but "rather through a dialogue in which participants draw from the depths of their own convictions." He writes,

The dialogue that takes place in rooted reason is not best described as translation, which implies a process of beginning with a set of ideas from one tradition and aiming to re-express them in another. Describing rooted reason better is mutual resonance, involving a reciprocal back-and-forth process of comparison and efforts at mutual understanding, something more like a five-way intersection than a one-way street.

Yet Philpott does not dispense with secular language. In fact, he argues that while various religious rationales must be fully and publicly available, these must accompany a mutual expression in a common secular vocabulary. Secular language, argues Philpott, is not the same as secular philosophy or ideology. It is a mode of expression and not therefore necessarily inimical to religion. Importantly, the invitation to express religious rationale in public does not rob the actor of the need to do politics, to convince, and to persuade. Foundations and justifications may be publicly theological but, to be effective, arguments will need to be made in a secular form whose appeal to religion is limited. Reconciliation does not dispense with pluralism; it is its very essence.

The absurdity of reconciliation is matched only by the preposterous magnitude of the many accompanying questions in Just and Unjust Peace. Whole books and fields attempt to answer questions that Philpott passes through in mere pages, unmoved by the implacable barriers these might pose. A sampling of those questions:

Nothing like an exhaustive answer to any of these appears. But the magnitude of these corollary questions is part of Philpott's point, I think. He exposes the poverty of secular liberal theory and the state by at once posing—in rapid fire—questions that tradition struggles to answer, while at the same time offering a generous, creative account of the state partnered with religion in restoring right relationships after large-scale injustice. It lacks the appeal of more revolutionary accounts of the political, but it holds the weight of history, of case after case, of relationships restored; the slow, painful work of justice after massive violation.

Reconciliation, writes Philpott, "is not simply an end state where enmity becomes amity—an easily dismissed utopian ideal. Rather, it involves any incremental progress from woundedness of persons and relationships to greater flourishing of persons and relationships in political orders." That progress is marked not simply with some involvement by religion, but with religious traditions as "generators, hosts, and sources of the distinct concepts of justice, mercy, and peace that reside in reconciliation. By retrieving and developing these concepts and adapting them to modern constitutional democracy and international norms, an ethic emerges that offers promise for restoring damaged political order."

Ultimately, reconciliation is absurd. Forgiveness—the upending of the scales of justice and yet a paradoxically key feature of restoration—is an absurdity which exceeds human desire, the liberal peace, the self-interested man. In his study of Ecclesiastes, Craig Bartholomew argues that the better translation of meaninglessness or absurdity is enigma. Reconciliation is certainly that: The forgiveness of a mother for the apartheid police stooge who murdered her son is one of countless stories Daniel Philpott retells with heart in a meticulous research project I do not envy him. All pivot on the mystery of reconciliation. All pivot on an absurdity which demands a God to make things right, which after "all has been said," flattens human hubris to "fear God." It stretches the limits of imagination, both moral and practical. So I call it grace. And Philpot, I think, might think the same. Grace in politics, with religion as the inspiration and soul of that grace? Absurd. Philpott has written such an absurd book. May we attend to it with all the care due the mysterious, absurd, work of grace in our fragile world. 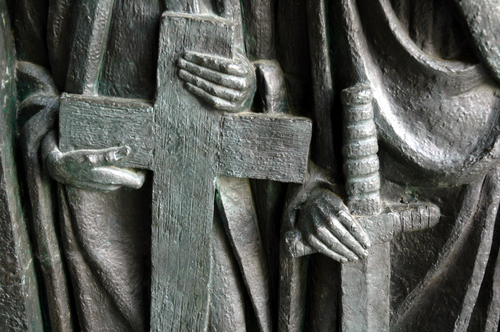