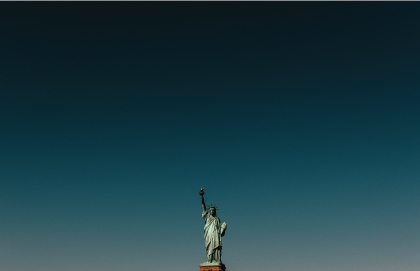 The Architecture of Loneliness in Refugee Communities

The biggest obstacle facing refugees and immigrants might actually be loneliness.

Not long ago, one of my best friends was spat upon by an angry man in a car. She was startled, confused. She was waiting across the street with her four children, returning home from a free English class. As she told me the story, she laughed as she pantomimed what the man looked like, hitting his steering wheel and angrily pointing at her. She whispered she was glad her oldest daughter was too consumed by her cellphone to notice what was happening. She didn’t want to explain what had happened. She smiled as she told me all of this, while my face was a mask of frozen horror.

As she was leaving to go home, she almost offhandedly told me that she won’t be going to that English class anymore, that she doesn’t feel safe taking the bus with her four children. She went back to her apartment, back to her safe haven full of the same ingredients to make the same meals she has made her whole life, the eight hundred square feet that is hers, the place where she can take off her head covering and be the master of her own small world. I don’t know if she cried when she got home. I know I cried, as soon as she left. In one minute, with one violent interaction, the years of work that many people had put in to help my friend feel safe and welcomed in her new country had come undone. It wasn’t fair, and it wasn’t just. But it was reality. As a Christian, I’m called to love my neighbours. But what am I to do when some of my neighbours want to terrorize, threaten, and intimidate my other neighbours?

It’s easy to imagine the overwhelming issues that face refugee populations: poverty, racism, religious and ethnic discrimination, the lack of English-language proficiency, the lack of any formal education for many. But my friend Pastor John, an Arabic-speaking immigrant from Egypt who has been doing ministry among for over forty years, would highlight something others miss: the single greatest problem facing refugees in the United States, he told me without hesitation, is social isolation.

The statistics back this up. In a 2014 survey of immigrants in London, 58 percent said that loneliness was their most pressing problem. InterVarsity Christian Fellowship, which works with another population of newcomers - international students - says that 70 percent never set foot inside an American home, and only 40 percent have any significant relationships with Americans. There are many reasons why immigrant and refugee populations experience such high rates of social isolation: the experience of being ripped away from your world and dropped into another, of being the minority where you were once the majority, of having to relearn how to live in an entirely different way. And refugees, by definition, are people who have survived great trauma, which can lead to various forms of mental health issues, including depression and PTSD. Add a rising hostility against immigrants in general and Muslims in particular, and the alienation gets even worse for many.

The suburban neighbourhood where I currently live was not built for community. This was done by design—the suburbs were meant to be bastions of happy isolation, with a playground in every backyard (so what would be the point of a public park?). But as gentrification has affected our city (as it has nearly every major city in the United States), people in poverty—including communities of colour—have been pushed from the urban core farther and farther out in search of cheaper rents. In Portland, they land in my neighbourhood—originally a white-flight suburb for those in the 1950s who wanted to escape the city. The suburbs, research shows, are at the intersection of two trends: the suburbanization of the poor, and the suburbanization of low-income immigrants and refugees. This has created a mixture of tensions, revealing how uncomfortable it can be to live with people who are different from you.

In my neighbourhood homes owned by older white people now sit uneasily next to apartment complexes bursting with families of colour. In the United States the majority of poor people (including refugees and immigrants) now live in such suburban neighbourhoods (a shift that occurred over the last decade). Suburbs are built for people with cars; there is little public transportation and few grocery stores within walkable distance of any type of home. There are precious few public gathering spaces, no community centres, and on every street there are houses with pictures of guns prominently displayed with text that reads: “We don’t call 911.” It is not a friendly neighbourhood if you don’t look like you belong. When I take my daughter to school I walk down the hallways and see women in the full niqab and men wearing camouflage and “don’t tread on me” sweatshirts. Everyone isolated by fear in their own way. But some feel more comfortable, feel more ownership of this neighbourhood, this country, than others.

The one thing many refugees can’t seem to find in America are people who have the time to visit with them.

Pastor John has a dream that will not be shaken: When he closes his eyes he sees welcome centres for refugees and immigrants in our community. “All we need,” he tells me with a wink and a smile, “is a couch and a pot of coffee.” Pastor John comes from a part of the world steeped in relationship and community. He knows that programs are well and good, but the one thing many refugees can’t seem to find in America are people who have the time to visit with them. I’ve seen this firsthand. After meeting people through living near them or going to school or running English classes, I almost dread being invited over to a new refugee friend’s house. I go, I drink tea, I eat delicious food, I make small talk for a few hours. I look at pictures from their home countries and listen to stories. And when I get up to go, the same thing happens every time: my host’s face falls, unable to contain their disappointment. And they all say a variation on the same thing: “You are going so soon? You just got here! And you are the only American who has ever come into my apartment in the months, years, I have lived here.”

After years of ministry and programs, my eye is now continually on the project of working to combat the loneliness and social isolation of our neighbourhood. This has led to some creative thinking, working around the challenges and learning to see the blessings where I had not been taught to find them. The local elementary school, deemed “failing” by the government—98 percent of the children qualifying for free breakfasts and lunches, home to twenty-seven different first languages out of 450 children—is the closest thing we have to a community centre, and is a natural gathering space.

On Fridays, I host an English tutoring time for parents in the community. I provide materials at various English levels and recruit tutors from the community—some of them other parents at the school, some of them individuals from churches who have expressed an interest in wanting to serve refugee communities. Once a week we gather in the school cafeteria, we drink coffee and eat snacks, we go over level-appropriate worksheets. But more than that, we forge connections: Between neighbours, between different religions and ethnicities and backgrounds and language abilities. We solve problems, give advice, share resources. We celebrate any little old thing we can—a new baby, a frivolous holiday—because celebration is a spiritual discipline in lonely spaces.

We’re creating a place to really get the chance to see each other as valuable friends, to pour into each other mutually with our stories and opinions. And out of this simple time I have seen signs of new life and community spring up. Neighbours whose Facebook feeds would no doubt horrify each other now walk back and forth to school together, making jokes about whether squirrel meat is good. Friends from four different countries gathering to celebrate a birthday. People giving job tips and making each other food when they are sick.

Recently, my mother has started taking refugee women to the grocery store, because many of them don’t have driver’s licenses and miss the social stimulation of shopping. Before they mentioned this to her, I hadn’t realized how a daily pleasure of their old life had been taken from them, simply because of how our neighbourhood was designed. Watching my mom gaily show her new friends around Target is a sign of the kingdom of God at work that I cling to, because it has been hard earned. And in the end, sometimes it feels like these signs are not enough in the face of hostility, poverty, racism, and market forces that deem many of my neighbours as nuisances to be displaced, rather than valuable members of our community.

In the suburbs isolation masks itself as the cultural value of individualism, and many refugees and immigrants experience the lack of services or places to gather as an underlying hostility. Like my entire country, my neighbourhood is currently being stretched and pulled in ways that are painful—revealing that some of my neighbours wish that my other neighbours did not have to exist side by side with them. When this tempts me to despair, I think about the basics: all of those cups of coffee, all of those hours spent sitting on couches. Together these tiniest signs of welcome, both given and received, keep us going forward in the hard work of welcoming in an age of fear. 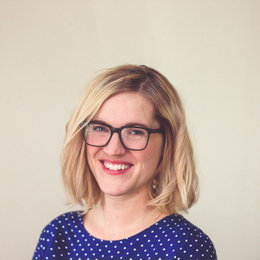 D.L. Mayfield lives and writes in Portland, OR. Her work has appeared in Sojourners, Christianity Today, Vox, and Mcsweeneys, among other places. Her book, Assimilate or Go Home: Notes from a Failed Missionary on Rediscovering Faith (HarperOne), was released in 2016. 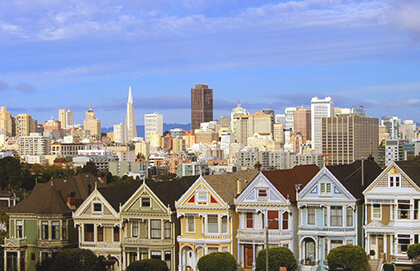 Trading Brunch for the Eucharist

The church is a jarring challenge to our self-help philosophies. 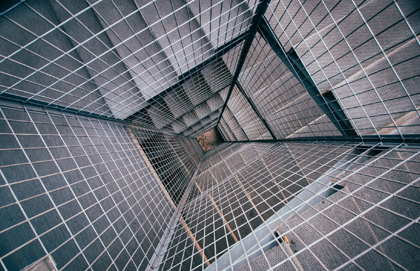 Digital Restlessness and Something More Certain

If we've stretched into the "fourth dimension" of cyberspace, why does the world feel so flat?