Facebook's narratives are the new choose-your-own-adventure story, the new fantasy literature that we act out in our real lives.

Facebook is an integral element of the average American daily routine. To put it another way, and to emphasize the verbal shift that this social network has created, most Americans "facebook" every day. I do. I am facebooking right now, concurrent with writing, just in case someone important is online and needs to IM me on a topic of instantaneous urgency.

Several important elements of The Facebook Myth should already be apparent in the facetious attitude with which I am approaching it: the pressure of daily necessity it creates, the hierarchy of social importance it maintains, and an internal evaluation of its own content that it exposes to the thoughtful user.

I use the term "myth" here as the Structuralist theorists, such as Saussure and the early Barthes, used it: to indicate a cultural system that is assumed by a society. The Facebook Myth is not easy to recount, because it is oddly non-narrative. It consists of dozens of interrelated individual functions: it privileges character above plot. The default presentation of status updates is synchronic: I can see what all of my friends are doing at any given moment. If I want to switch to a diachronic arrangement, I can look at what any one friend did throughout his/her reverse chronological history.

Even so, these represent a fairly random selection of activities. Perhaps we users think we are recording our most significant moments; however, most status updates reflect states of mind rather than actions, and a status that receives praise for originality is often intentionally mundane, pessimistic or falsified. Certainly we are creating a fictional narrative of our own lives—and not even of our "real" lives, but of our virtual lives. This enables us to performatively inhabit the identity of protagonist in a stream-of-consciousness, non-linear, disjointed communal memoir of the mediocre.

Indeed, many of the applications explicitly encourage fantasies about enacting heroic or mythic roles: "Which Greek god are you?" (I'm Athena), "Which Harry Potter character are you?" (I'm Hermione), and "Which Shakespearean character are you?" (I'm Hamlet) are perfect examples. These features allow us to imagine that we fit into archetypal categories, raising our egos while (circuitously) picking our pockets—more on the economic aspect later.

The myth has its own vocabulary, almost its own language. Telling the tale in its own words is a closed circle, a protective linguistic trick designed to prevent exposure of the myth's very nature as falsehood. Many of the words are taken from standard English, but given meanings dissociated from their pre-Facebook denotations and connotations. Friend (noun and verb), status, chat, see you later/talk to you soon—these have wildly different meanings than they do in the physical world. Words have changed part of speech, such as friend—to friend. Walls and boxes are no longer three-dimensional solids, but virtual forums for text. Facebook is both a noun and a verb, following the semantic pattern google set before it. Unfriend was the OED's 2009 word-of-the-year.

Since the myth functions entirely in its own virtual world, it is able to perpetuate its internal fictions. The communal aspect is greatly exaggerated. I have 467 "friends" on Facebook. In the last month, I have emailed or IMed 24 of them, talked to 10 on the phone, and visited with 20 in person. Obviously, the "467 friends" is a social construction. The result of this illusion of community is a competition for fame within the site's parameters. The more friends one has, the more famous one is in that self-contained realm. The more clever one's status, the more important one becomes. This creates a psychological necessity to create text bites that generate notice, in the form of registering how many people "like" or "comment on" one's status.

This psychological necessity is the watershed point, however, at which legend becomes fact. It cannot be said that what happens on Facebook stays on Facebook. When a certain psychic pressure is reached, Facebook leaves the virtual world and enters the "real" world, bringing its fictions along with it—sometimes with disastrous consequences.

Reportedly, two girls in Australia got lost, caught in a storm drain. They had their cell phones with them. Instead of calling for emergency aid, they updated their Facebook statuses. Seven hours later, a Facebook friend realized they weren't joking, and called police. Communication via Facebook is so real to these young people that their automatic reaction when in need of physical human assistance is to turn to the virtual world. This turns the tables: we believe the imaginary danger of "Mafia Wars" and other games, but ignore or disbelieve real, physical, mortal danger.

Teens have allegedly committed suicide after experiencing online heartbreaks and/or bullying via Facebook. Again, the fiction becomes real: the myth is that what happens online "really happens"—and so, eventually it does. The replacement of face-to-face social interaction creates an intense emotional connection with an imaginary realm. Or maybe vice-versa? Facebook's discontinuous narratives are the new choose-your-own-adventure story, the new fantasy literature that we act out in our real lives.

The myth poses as a showcase of free speech. As a result of the believability of this propaganda, Facebook is banned in some countries (Syria, China). In "The Land of the Free," American citizens have pushed the limits of their First Amendment rights, using Facebook as a forum to promote anti-Semitism and other forms of racism. The network has been criticised for hosting Holocaust denial groups and Ku Klux Klan groups. Recently, a poll asking if users want to assassinate President Obama circulated, but was soon shut down. There is a fine line between free speech and hate speech. There is a fine line between one reality and another. And there is a blurred line between freedom and manipulation.

The Facebook Myth tells me that I am famous, important, creative and in control. In reality, corporate sponsors use the site for advertising and control much of the way it is presented—thus shaping users' responses. Commercial concerns feed off my need to be known and valued. Both the creators/administrators of Facebook and its foundational advertising grid limit my options, guiding what is popular, beautiful, clever, and so on.

As little as I might consciously admit it, this invisible structure determines who I am whenever I am on Facebook, but also during my offline hours: when I take pictures that might work for my profile, when I read texts and store bits for favorite quotes, whenever I talk to my "friends" who are also my friends.

In the final analysis, Facebook can be a powerful tool for maintaining various kinds of stasis. It can reinforce the walls of class status and siphon energy away from actual artistic productions. Here's how.

First, while it is ostensibly democratic and egalitarian, it has certain built-in facets of social hierarchy. One must be able to afford an Internet connection at home to keep up with it (no mean task with the current monthly costs of wi-fi), or else spend hours at the mercy of public libraries. As state funds for libraries are cut, that seemingly unrelated political pragmatism could make Facebook inaccessible to low-paid workers and those living below the poverty line. And the putative equality is also a chimera: while celebrities do use the site, they usually appear as "pages" rather than "people"; an ordinary citizen can "become a fan" but cannot "friend" them. For everyday Joes and Janes, "friends" replace "fans"; status updates replace interviews and magazine covers; counting comments replaces reading reviews. And the writing of notes replaces the creation of public media.

This is the second way it can contribute to personal stasis: clicking on "causes," posting headshots as profile pictures and tagging people in quickly-scribbled poems makes a difference in the Facebook world; whether it does in the world outside is questionable. In essence, Facebook is a tool of suppression. It keeps us from rising by convincing us that we are more important than we are. What feels like free speech and the freedom of assembly is actually something much more sinister: keeping us in our sphere by giving us a little room in which to prance and shout.

We fancy we can make a difference there. All we can really do is waste time. 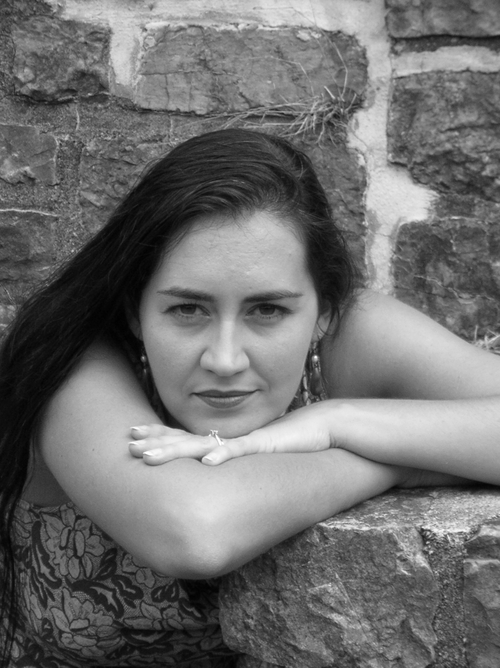