The Gospel and the City: What's a Believer To Do?

by Darryl Hart and Nelson Kloosterman

Editor's Note: Following recent discussions on neocalvinism and neopuritanism, including Ray Pennings's contribution "The Whole and Heart of the Gospel" two weeks ago, Comment asked two well-known voices on different sides of the discussion to ponder the relationships between the Great Commission and evangelism on the one hand, and the Cultural Mandate and cultural renewal on the other.

It is our hope that this round of dialogue will ground the conversation in our common commitment to the gospel, inform it out of our experience of the encounter between our churches and our culture, and advance it, not so much by resolving such differences of emphasis as might exist between us but by allowing questions to precipitate out of our conversation that will open up fresh avenues for investigation.

I go to a suburban church and serve on its session. Our facility is located approximately two miles from the city limits of Philadelphia. My wife and I live in the city, in the neighbourhood closest to our congregation.

Neither we nor our fellow congregants have a particular burden for seeking the welfare of the city, in the sense of linking gospel proclamation and regular diaconal work with social justice or urban renewal. This is not because we don't like cities. My wife and I may be unusual in our suburban congregation for living in Philadelphia and identifying with its culture and fabric. We do prefer urban to suburban environments for all the reasons that new urbanists give. But that doesn't make us particularly cool or socially aware. Urban life is a preference, with a bit of vocation mixed in. It is not a mission.

Nor should urban life be a particular concern of the church. Churches that are located in cities should minister to those nearby, but ministering to those in proximity to a building is as true for suburban and rural congregations as it is for urban ones. The reason for this apparent indifference to the church's role in the life of cities has to do with the gospel that I profess, and that gives me untold comfort. It is a message that transcends cities, farms and even suburban sprawl because it looks beyond this world to the new heavens and new earth. (It appears that cities will be around in this new world order, but I'm not convinced urbanism is the point of the New Jerusalem.)

J. Gresham Machen has influenced me greatly on this point, and it strikes me as unfortunate that his arguments as a Reformed Protestant have not made it to the ranks of a Kuyper or Winthrop. In 1933, in the face of widespread economic and political upheaval, the American Political Science Association invited ministers, priests and rabbis to speak about the responsibility of their religious bodies to the new world order. Machen drew the straw for conservative Protestants and his speech concluded with the following point:

"The responsibility of the church in the new age is the same as its responsibility in every age. It is to testify that this world is lost in sin; that the span of human life—nay, all the length of human history—is an infinitesimal island in the awful depths of eternity; that there a mysterious, holy, living God, Creator of all, Upholder of all, infinitely beyond all; that He has revealed Himself to us in His Word and offered us communion with Himself through Jesus Christ the Lord; that there is no other salvation, for individuals or for nations, save this, but that this salvation is full and free, and that whosoever possesses it has for himself and for all others to whom he may be the instrument of bringing it a treasure compared with which all the kingdoms of the earth—nay, all the wonders of the starry heavens—are as the dust of the street."

I understand that many think Machen was a fundamentalist and that this quotation will only confirm such an impression. I also understand that speaking in terms of this world and one to come invites the kind of dualism that drives neocalvinists bonkers.

But what if Machen was right? What if he shared a view of this world and its penultimate nature not only with fundamentalists but also the apostle Paul and our Lord himself? If Machen was right, then the church's mission to cities, engagement in social transformation, or pursuit of economic justice look less attractive. If the people living in just, equitable and humane cities are still going to die and face a day of judgment because of sin, then the urgency of the church in proclaiming the good news about salvation of souls increases dramatically, no matter how fundamentalist it sounds or how socially irresponsible it appears. In fact, if the affairs of our cities are ephemeral and passing away, then why the church would ever let the realities of this world get in the way of its mission to minister the good news of Christ's redemption is at least a mystery, if not a problem.

I myself cannot think of a higher calling than the church's proclamation of the good news of Jesus Christ. I certainly know and enjoy the benefits of good city government, understand the plight of many who live in great poverty and with little hope in North America's cities, and I delight in the cultural life that big cities provide (not to mention a World Series championship). But I am hard pressed to compare these earthly goods or any form of human flourishing in the here and now to the ultimate joys and lasting treasure reserved for God's children.

Salt and light as metaphors of engagement
Nelson D. Kloosterman

When Comment's editor invited me to join the conversation about the church, the city and the gospel, he framed the invitation in terms of what Scripture teaches, what Reformed churches can learn from these teachings, and how they can implement them.

My contribution consists of offering several brief but pointed observations on a familiar Scripture passage, Matthew 5:13-16 (helped by J. van Bruggen). I hope to offer observations that focus on (1) the interpretation and (2) some implications of these verses for our conversation. Here is the passage:

"You are the salt of the earth, but if salt has lost its taste, how shall its saltiness be restored? It is no longer good for anything except to be thrown out and trampled under people's feet. You are the light of the world. A city set on a hill cannot be hidden. Nor do people light a lamp and put it under a basket, but on a stand, and it gives light to all in the house. In the same way, let your light shine before others, so that they may see your good works and give glory to your Father who is in heaven."

First, the widely held salt-as-preservative interpretation usually given to this metaphor seems unpersuasive to me, since there is another preferable, textually-supported option—namely, that the salt has a flavouring function. Jesus' warning to his listeners involves salt losing its taste, or literally, "becoming foolish" (the Greek verb is related to the English word moron, fool). How can salt become foolish? In the Bible, foolishness is identified with refusing to keep God's commandments. The Bible's description of a fool has less to do with Bill Ingvall's "Here's your sign!" kind of stupidity, and more with a hard-hearted person who keeps cracking his shins against divine principles of artful living. Foolish living (i.e., disobedient living) leaves the "food" flavourless.

Second, the people-as-light metaphor is richly Old Testament, since Israel and the Servant of the Lord were called be a light to the nations and to illumine their surroundings. The higher the light is elevated, the wider its arc of illumination.

Let's sharpen the point a bit. In the context of the Sermon on the Mount, Jesus is addressing the Jewish multitudes, including his disciples and others (Pharisees), all who are members of the Israel of his day. In pronouncing his beatitudes, Jesus himself is determining the qualifications for membership in his kingdom, the new Israel he is creating with himself at the center. More than that, Jesus declares himself to be the source of beatitudinous living-Jesus is poor in spirit, he is meek, he is peacemaker par excellence, and so on. To be the kind of people described in the beatitudes, and to be flavourful salt and illuminating light, requires faith in and loyalty to this Jesus. If not? The salt will be thrown out and the light will be extinguished (cf. A.D. 70).

So the "you" in the phrases "you are the salt of the earth" and "you are the light of the world" refers not to individual believers (the original has the plural, y'all), but to that body or group of Christ-followers that will come to be known as the church.

With these metaphors of salt and light, Jesus declares a truth as old as Abraham: "As my people, you exist not for yourselves, but for the sake of your surroundings."

In positioning himself as the center of the new Israel, even as the One who is fulfilling Israel's identity and calling in the world, Jesus creates a body whose express identity and purpose are that it exists for the sake of the world. As van Bruggen put it:

"The church, the renewed Israel gathered by faith, also falls under the law of salt and light. In the new covenant the church has sometimes acted as if it had intrinsic importance. When that occurs Jesus' word becomes arousing and threatening power against the church too: tasteless salt is thrown away and light must shine if it is to have any significance. . . . Only one thing is important: that other people see God's light through us and glorify our heavenly Father" (p. 26).

Again, with a brevity that is dangerous because it is provocative, let me offer some hortatory observations.

I trust that these few observations will contribute to the conversation, and that they are neither too brief nor too obtuse to be useful. 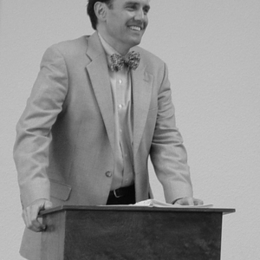 Darryl Hart is trained as an American historian (Johns Hopkins Ph.D.) and picked up enough theology at Westminster Seminary and Harvard Divnity School to get himself in trouble with folks in his own communion (the Orthodox Presbyterian Church) and with Unitarians. He is the author and editor of many books, including Defending the Faith: J. Gresham Machen and the Crisis of Conservative Protestantism in Modern America (Johns Hopkins University Press) and A Secular Faith: Why Christianity Favors the Separation of Church and State (Ivan R. Dee). He is currently working on a global history of Calvinism for Yale University Press. 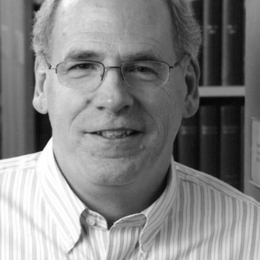