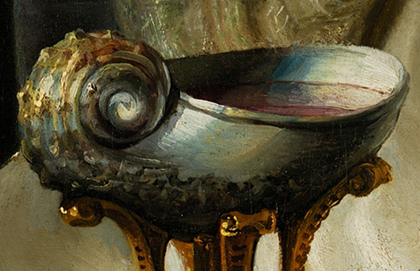 What is it about the pursuit of ambition that can become poisonous when it meets admiration and recognition?

Recently, John Piper, well-known pastor of Bethlehem Baptist Church in Minneapolis, announced that he had requested and had been granted an eight-month leave of absence from all ministry responsibilities. The chief reasons for this request revolved around the recognition that he needed to address "several species" of pride in his life and that he needed to "tend the precious garden" of his home, particularly his marriage of forty-one years.

One of the most interesting things he stated as he addressed his congregation was that in stepping completely away from ministry, he was not only refraining from preaching, blogging, Twittering, and writing, but also refusing to pridefully sip from "the poisonous cup of international fame and notoriety." I found this quite fascinating and illuminating, because it displayed an understanding of the perils involved in a life of public prominence. Of course, this poison cup is not only available to public figures; it is a great temptation for any of us when we find ourselves admired by others.

What is it about the pursuit of our ambition, our legitimate and godly desires for success in vocation, that can become poisonous when it meets that admiration and recognition of others? I'm reminded of a conversation that I had with the late Stan Grenz at a conference in Nashville nearly a decade ago. I told Stan about my desire for an increase in public speaking opportunities as part of my vocational goals, and the first words out of his mouth were, "It's seductive." I was a bit stunned by this, because I thought he would give me some tips about how to accomplish my goals, yet the first words were a warning. As someone who did a lot of traveling and speaking, Stan was keenly aware of the pitfalls that ride along with those who travel the road of success. Stan never explicitly named the siren song with the sweetly dangerous tune, but my guess would be that he and John Piper had the same thing in mind: pride that can take root unnoticed and grow into a ravenous beast.

One interesting thing about the poison cup metaphor is that it helps us to see why so many fail to recognize what is happening to them until long after they have become regular visitors to the tap. In order to get someone to drink poison, it has to be masked, as many of us have seen or read in fairy tales, plays, or films. The poison is mixed with something that is pleasant or sweet, something that is good. When poisoning is a process, the victim is slowly subject to destructive elements in their system, often discovered only after much damage has been done. With any vocation, pride can creep in and transform us into monstrous caricatures we never imagined when we dreamed about the best products of faithful stewardship. I wonder how many people started out well, only to become tyrants or narcissists who insist that the world must revolve around them? Why is this a familiar story instead of an exception, particularly with some Christians?

An easy response would be to blame it on total depravity. If we take total depravity seriously, we know that sin extends to every part of human beings, and then there is no surprise when someone lives down to "normal" post-Genesis 3 behaviour. But I find this insufficient, especially because this assumes that—at least for Christians—the gospel is only good news for an eschatological future far in the distance. While I do not espouse a Wesleyan perfectionism, I do believe Scripture teaches us that part of the good news of the gospel is that sanctification is a process which can elevate us out of the miry pit of depravity, if ever so slowly.

But if sanctification is true, why are there so many Christians poisoned by pride? I suggest at least one reason: we fail to be Christian communities that help people learn how to handle lofty ambitions. This happens because some of us are in Christian communities where no one really knows each other (contexts of mutually agreed-upon anonymity, at least when it comes to the deepest matters in our hearts), or other settings where humility is conveyed as the antithesis of any serious ambition (successes come from God unasked; we should be faithful in all things, but never pursue anything great). In these contexts, any discipline of sanctification that might properly direct and channel high ambitions is minimal or absent. Perhaps one culprit is deficient ecclesiology and catechesis.

John Piper is taking a leave because he does have a community that knows him and has encouraged him toward excellence, but now has helped him to see that he needs to be weaned from the poison cup. This is not an end to prominence for him, but the goal of his leave is to help him to be a person of greater humility with a better sense of his proper priorities.

I'm an admirer of Abraham Kuyper, and I have wondered about how he handled his own burden of greatness. From what I have learned about him, it seems that he was never able to completely let go of the poison cup. As I have heard others say, though Kuyper believed in divine sovereignty, he also seemed to be convinced that God had appointed him to carry out His sovereign will. While he was a man of deep piety, his sanctification lagged when it came to a healthy stewardship of his ambition.

John Piper may succeed where Kuyper failed because he has been granted this leave. This is an exceptional situation, because most people are not in settings that allow this. For the rest of us without this luxury, perhaps Piper's announcement calls us to more serious and authentic engagement in community. If we are in deficient contexts, maybe we can initiate a conversation about the stewardship of ambition and excellence. For me, I am prompted to think seriously about my life goals, and I am hoping to cultivate sensitivity to what I imbibe. The poison cup is always with us, but we are not forced to drink it.

What cup are you drinking?