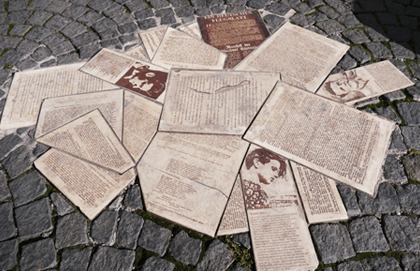 To Knock a Chip out of the Wall: Sophie Scholl

Learning from Sophie Scholl in Charlottesville.

Once upon a time, in placid Charlottesville, standing up for righteousness seemed simple enough: college students signed petitions to end campus sexual assault and attended the occasional diversity panel. Progressive townspeople like me bought local produce at the Saturday farmer's market and turned up at school board meetings.

On the night of August 11, 2017, our progressive complacency was shattered. That was the night a tiny band of University of Virginia students and one college dean stood together, linking arms, as hundreds of torch-wielding, hate-screaming white supremacists stormed around them. No longer the stuff of history, present-day Nazis inflicted fear, violence, and pain upon the undefended campus. By the end of a second chaotic day in town, a raging terrorist had killed one of our own.

They imagined the Third Reich as an enormous stone wall of impossibility. As the White Rose, they would discover ways, however small, to knock chips out of the wall.

"Would you do what Sophie Scholl did? Do you dare to change your world?" I sometimes ask of the undergrads I know. As the executive director of Theological Horizons, a Christian campus ministry, I tell them about Sophie, that university student who went right up against Adolf Hitler and the entire Third Reich.

As in many heroic tales, Sophie Scholl's story begins quietly. She was born in Germany in 1921. In an out-of-the-way Bavarian village, one of five children of freethinking Christian parents, Sophie learned the Bible: verses like James 1:22, "But be ye doers of the word, and not hearers only" (KJV). She learned early on that words must be made real in actions. Her father, Robert, admonished his children, "What I want for you is to live in uprightness and freedom of spirit, no matter how difficult that proves to be." Ultimately, for Sophie and her brother Hans, being true to this principle would cost them everything.

Sophie was only twelve years old when Adolf Hitler came to power. Even little Sophie could see that something was very wrong when two of her Jewish girlfriends were barred from the local Girls' League.

Each member of the Scholl family resisted the status quo. Sophie was reprimanded for reading banned books. Older brother Hans was imprisoned for removing the Nazi emblem from his youth troop's flag. Father Robert was arrested for calling Hitler names. The inexorable Nazi terror rolled across mainland Europe and on toward Russia.

Like other German teenagers, Sophie was drafted into Nazi service. She endured her term as a nameless "labour maid" at the unheated, decrepit Krauchenwies castle. After a day of fieldwork, as the other girls gossiped on their bunks, Sophie pulled the blanket over her head and read Saint Augustine by flashlight, silently rehearsing a line of Goethe's: "Braving all powers, holding your own."

As she pulled weeds out in the blooming poppy fields, Sophie had plenty of time to reflect. "Isn't it a tremendous enigma and . . . almost frightening, that everything is so beautiful? In spite of the terrible things that are going on," Sophie wrote. Convinced nonetheless that God always has the last word against violence, that peace would be the victor, Sophie vowed, "I will try to take the victor's side."

On her twenty-first birthday, Sophie was off to begin her college studies at last. She joined her brother Hans and his small band of buddies: five confidants who shared a fierce opposition to Hitler, even as their peers, "good citizens" all, supported war. The site of Nazi book burnings, Munich's Maximilian University offered no shelter for dissent.

When members of the Resistance were arrested, Hans recalled the old Scholl family principle: you've got to stand up for what's right, no matter the cost. Hans saw the Communists taking a stand. Why not the followers of Jesus? "It's high time that Christians made up their minds to do something!" he said to his friends. "What are we going to show in the way of resistance when all this terror is over?" he asked. "We will be standing emptyhanded. We will have no answer when we are asked: What did you do about it?"

The five students, together with one professor, formed a secret group they named the White Rose. From Protestant, Catholic, and Russian Orthodox backgrounds, they shared the convictions of the Christian faith in opposition to Hitler. They imagined the Third Reich as an enormous stone wall of impossibility. As the White Rose, they would discover ways, however small, to knock chips out of the wall. They believed, with the optimism of youth, that if only their fellow citizens knew the truth about Hitler, things would change; their tangible acts of non-violent resistance would spark an uprising and end the war.

I shall cling to the rope God has thrown me in Jesus Christ, even if my numb hands can no longer feel it.

At night they painted the walls of university buildings, declaring in large black block letters, "DOWN WITH HITLER!" and "LONG LIVE FREEDOM!" Armed with nothing more than an illegal duplicating machine, the White Rose covertly distributed thousands of illegal flyers, warning: "We must bring this monster of a state to an end soon." "Hitler cannot win the war—He can only prolong it." They travelled by train to mail anonymous letters so that the flyers would bear postmarks from cities across Germany. With a cunning that today's social media gurus would admire, the tiny group created the illusion of a large-scale movement.

Leaders of the Third Reich were desperate to know who was behind the White Rose campaign. The truth came out by chance. On February 18, 1943, Hans and Sophie Scholl stood high above the university courtyard and opened a suitcase of leaflets over the balustrade. As a blizzard of flyers fluttered down, a janitor saw the brother and sister; he grabbed the pair and consigned them to the Gestapo. Within four short days, Hans, Sophie, and their friend Christoph Probst would be on trial for their lives.

How terrified Sophie must have been. In a private moment, she wrote, "I shall cling to the rope God has thrown me in Jesus Christ, even if my numb hands can no longer feel it." But in the courtroom, without a single witness called in their defence, she remained composed, clear and unflinching. The Nazi judge raged and screamed at the young defendants, jumping up again and again in a red-hot frenzy. Standing before him, young Sophie broke in calmly to declare, "Somebody, after all, had to make a start. What we wrote and said is also believed by many others. They just don't dare to express themselves." The court's verdict was swift and merciless: death.

After a night of inexplicably calm sleep, Sophie's parting words touch my heart: "Such a glorious, sunny day, and I must go. But how many must die on the battlefields, how many promising young men. . . . What will my death matter if, because of our actions, thousands of people will be awakened and stirred to action!"

As they faced their execution by guillotine, Sophie and Hans had only moments to say goodbye to their parents. Holding their hands through the prison bars, Hans reassured them, "I have no hatred. I have put everything, everything behind me." Grasping at something, anything, to comfort her daughter in this heartrending farewell, their mother, Magdelene, said, "Remember, Sophie: Jesus." To which Sophie replied, "Yes, but you must remember Jesus, too."

From a distance of many decades, the protective mother in me only wishes that Sophie had kept to herself a bit longer, under the blankets, quiet in her dissent.

The prison warden overheard Christoph say to his friends, "I didn't know that dying could be so easy. In a few minutes we meet again in eternity." At the last, Hans cried out in a loud voice, "Long live freedom!"

And so they died—as the Nazi machine continued its killing, undeterred.

I love these young ones. From a distance of many decades, the protective mother in me only wishes that Sophie had kept to herself a bit longer, under the blankets, quiet in her dissent, until the tide turned against the Nazis two years later. Looking back at history, I wonder: What did Sophie and Hans have to show for their bravery? Perhaps they died for nothing.

For Sophie Scholl, the choice was clear. "Hardly a single person is willing to risk his life to fight Evil," Sophie lamented. "Someone must do it." I have no doubt that Sophie would dismiss my cautionary advice as faithless cowardice and call me to uprightness and freedom of spirit. For doing is still at the heart of believing.

Back in Charlottesville, great stone walls of problems remain today. Conflict, however quieted, surges around us, even though the Nazis of August have gone. There is no Gestapo stalking our streets, yet misunderstanding, self-interest, apathy, and even hatred demand our response, despite the sense that the problems at our university and across our nation are too impenetrable, that any individual action would be too small. Yet the students in my living room hear that perennial call to change their world.

All Sophie and Hans could do was paint graffiti and send paper leaflets out into the dark world. Even today Sophie's question rings out: "How can we expect righteousness to prevail when there is hardly anyone willing to give himself up to a righteous cause?" Someone must make a start—and knock just one chip out of the wall. So what will you do? 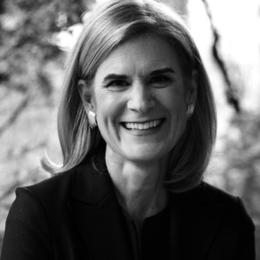 Karen Wright Marsh is an author and the executive director of Theological Horizons at the University of Virginia. She is the author of Vintage Saints and Sinners: 25 Christians Who Transformed My Faith (InterVarsity Press, 2017). 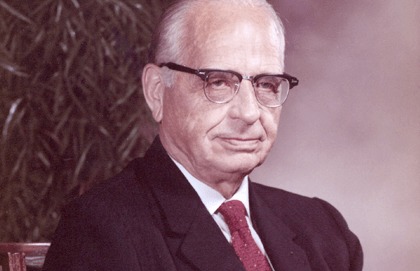