None of my favorite beverages would be possible without clean water, which I can't take for granted knowing that so many people around the world do not have access to it. Also, if I could drink alcohol, Merlot and margaritas would top the list. But I can't partake due to health issues, so now, in no particular order . . .

Texas piñon coffee. Robust enough to bear the name of my native state; a smoky brew with a touch of cinnamon, and piñon from our Southwest neighbors. I take it black on mornings when tea just doesn't cut it. During sweltering Houston summers, I like it iced, in a tall glass mixed with So Delicious coconut milk (due to said health issues).

Hibiscus mint iced tea. The quintessential summer beverage, a ruby-colored pitcher of caffeine-free goodness—high in vitamin C, and lowers blood pressure, too. Garnish with a wedge of lime or a sprig of fresh mint.

Rooibos vanilla tea (or any rooibos, really). Hailing from South Africa, it's a lovely dessert tea with nutty undertones, plain or mixed with milk & sweetener of choice. Rooibos is caffeine-free, yet hearty, so you can drink it all afternoon with no guilt or lack of flavor.

Assam tea. I really didn't understand black tea until I had a teapot of malty Assam at an Indian tea house in Chapel Hill, NC. Now it's my go-to morning tea mixed with almond milk & Truvia (health issues again). If you're hunting for Assam, it's usually found in a good English Breakfast or Irish Breakfast tea.

(Houston's own) Sandy's Market chamomile tea. I've sipped many brands of this naturally sweet, soporific herbal nightcap, but Sandy's is the best: beautiful, whole yellow flowers, as if picked from a meadow. The fact that it comes in a reusable 2.5 oz. glass jar for $4.99 makes it taste even better. I like a tasty bargain.

Enfusia yerba mate. A South American herb with a different molecular structure than caffeine, producing smooth energy vs. frenetic coffee-jitters. Though mate is traditionally prepared in a gourd, I like to brew a coffee pot of yerba mate mixed with cinnamon, or vanilla rooibos chai.

Iced cold Zevia. I once had an epiphany: a soft drink sweetened with stevia (an herb) and erythritol (derived from fruit sugars) instead of high fructose corn syrup or chlorine-riddled aspartame. I'm thrilled that the makers of Zevia stole my brainchild. My favorite flavors are lemon-lime and orange, but the root beer is amazing, too.

Cinnamon fig black tea. Not only does my favorite coffee shop in town (Antidote) serve this, but it is quite possibly THE perfect tea—strong & sweet. I mean, it contains pieces of fig! It's like an aromatherapeutic antidepressant. How can I be sad when something smells/tastes so good?

Ginger tea. I love the warming bite, and it is so, so good for the digestive issues that ail you. If you're really ambitious, you can slice fresh ginger root and steep it in boiling water. I drink it 30 minutes after a big meal, or when I feel pukey.

Blooming jasmine green tea. Aromatherapy and art in a cup, suited for hospitality, conversations with good friends, and the giving of gifts. It is best sweetened, served in a clear glass teapot and small white porcelain cups. 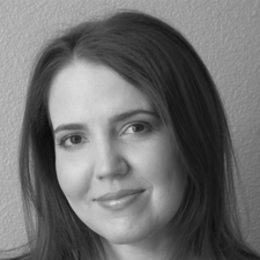 Jenni Simmons is the editor of the Art House America Blog, assistant editor and staff writer for The Curator, and a freelance writer of eclectic subject matter. She works in an upstairs room of her own while her drummer-husband, Johnny, teaches in their renovated garage studio. They enjoy practicing the art of hospitality in their suburban home, watching films and TV together, and taking long walks around the 'hood. They attend Church of the Holy Trinity in the historic Woodland Heights of Houston, in close proximity to Antidote Coffee and Kaboom Books, which Jenni tries to incorporate before or after worship every Sunday.

Storyville is the kind of conscientious "B Corporation" that MBAs, PhDs, and MFAs can all rally around.